When Instagram got acquired by Facebook this week, the scale of public outrage surprised me – what did people expect the startup to do long-term other than get acquired? I tweeted out this question and a number of people replied that they wished it had stayed independent and made a go of building a long-term, profitable business.

Would this have worked? It’s hard to say – after all, outside of hookups, dating, and gaming, it’s difficult to think of highly profitable, mobile-only, app-based businesses.

How might Instagram have generated profitable levels of revenue, and more importantly, would it be able to do so at a scale that would give its investors a suitably significant return on what they put into it?

Let’s look at the options and assess their viability…

While Path sells a few add-on filters (ironically, the most cheesy ones that they offer), outside of, yes – hookups, dating and gaming, in-app purchases probably aren’t a big enough guarantee of income to work long-term. Grade: D 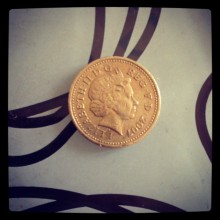 A common refrain of users who worry about their favorite service’s financial future is that they’d pay to use it. A flat paywall for any use at all has never really been tried by a social service along the lines of Instagram because it would be likely to kill user growth dead, and in the fickle world of social apps, where users could jump to the next fad at any time, you want to offer the least possible friction to tempting in fresh meat and keeping users around.

‘Freemium’ features would be an option, but again, big social services don’t tend to use this model as someone could come along and offer the same features for free the next day. As loyal as users are, once their pockets take a hit, that fun social service is going to seem like more of a commitment – and potentially, a chore.

Sure, there’s the example of services like Flickr offering additional storage space at a price, but Instagram is more about the ‘now’ than the past – and you can push your photos off to somewhere like Flickr from the app anyway. LinkedIn offers premium features, but people are more willing to pay when it comes to getting a leg-up in their career. Grade C-

Bolting on a third-party mobile ad network was never really an option for Insagram. Even if it could have reaped significant rewards – the app’s lustre would have been ruined instantly.

Building its own advertising network around photos may have been an option, but creating a successful, in-house social ad offering is something that only Facebook has achieved so far – it’s a delicate art that Twitter is still trying to strike the right balance with. Building a successful ad offering around a mobile social service would have been even more challenging. Grade B- 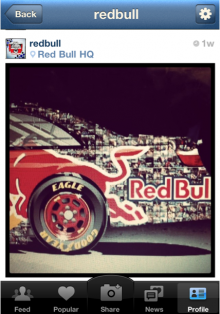 I wish I had a dollar for every new startup that told me ‘working with brands’ was its business model. It seems to be a popular alternative to ‘We haven’t figured out a solid revenue plan yet’.

Yes, Foursquare seems to be doing well on this front by charging for special badges and campaigns. The problem is that brands are as fickle as consumers – Foursquare still needs to prove that consumers won’t get bored of it for the brands to stick around. Brands have shown an interest in Instagram, and it’s potentially a viable model, but risky. Grade B

Twitter is the first social company to make a big play for revenue from user data, through charging for firehose access. Offering up location-based photo data has huge potential, and as the biggest mobile-only photo sharing service, Instagram would be in a prime place to do this.

Startups like Teleportd and Skylines are already handling real-time social image search, and selling their services to media organisations and brands is at the core of the business models, Instagram’s fresh round of funding may have allowed it to acquire one of these services, bringing the expertise in-house.

The problem is that the value of data around photos is currently a lot lower than the value of tweets. Look at what Datasift can do with Twitter’s data, filtering many millions of tweets into easily digestible information – that’s powerful stuff, but search and analysis of text is way ahead of image search and analysis. This means that it may have been years before Instagram could have worked out how to make serious money from users’ photo data.

Striking the balance between charging for such information and offering up enough free data via an open API to keep a hold of the benefits of a healthy third-party developer ecosystem is a challenge too, especially when you’ve already started offering the data you want to charge for without cost. Grade B

So, could Instagram have made it on its own? 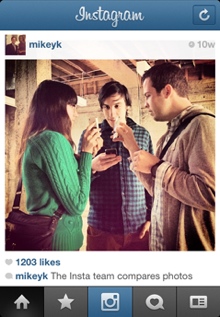 A successful, independent Instagram was certainly a possibility – and its wealth of mobile photography data would probably have probably been its best (and most interesting) route to profitability. However, even if it had taken that direction, would there be enough revenue potential there, or enough customers willing to buy up the data? Could it keep developing its user base, and customer base, enough to keep growing, satisfying its investors?

Of course, we can never know what else Instagram may have done to its product in the future that may have influenced its future revenue potential (a move into video was supposedly a possibility), and we’ve got no similar enough, mobile-first companies to compare it to at the moment. It really seems a stretch to imagine the startup would ever have had gone public in anything like its current incarnation, though.

In the end, Instagram chose an almost impossible-to-refuse $1bn offer from Facebook over a rocky, risky trip into the unknown – leaving us wondering who will be the first social, mobile app to build itself profitably to a significant scale without offering users a high score, a date or an easy lay.