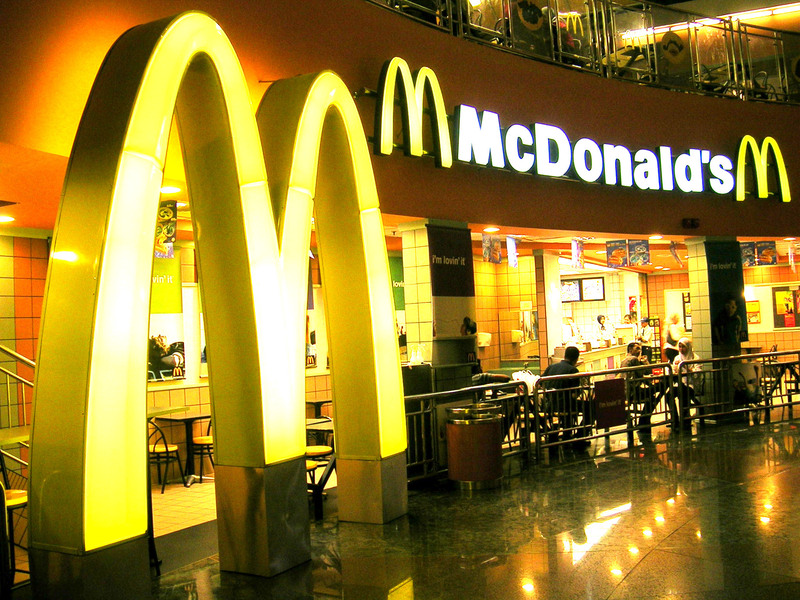 I ate the best Big Mac EVER last night! It was so good, I even dreamt about it! #McDStories

…That must have been what McDonald’s was hoping for when it launched the #McDStories campaign: have ordinary customers tell feel-good stories about their McDonald’s experience. Instead, the hashtag had a camp fire horror story vibe to it: people couldn’t wait to share their scary, weird or down-right disgusting McDonald’s experiences. From fake nails to food poisoning: there was nothing pretty about the tweets that could (and can) be found when searching #McDStories.

This is a social media strategy gone awfully wrong. #McDStories backfired completely. And for many traditional companies, this is another reminder of the dangers of investing in social media. But one wrong campaign doesn’t mean you should shy away from using social media for (positive) exposure or to interact with customers. There were many things wrong with #McDStories, but most of all the campaign was too vague and naïve.

The company’s campaign was naïve because the marketing forgot that if people like one thing– it’s moaning. Ever since comment forms were invented people have used them to whine, cry, complain, rant or even insult the service in question. It’s fair to say that a lot of people dislike McDonald’s and everything the chain stands for. And Twitter has become the easiest and fastest way to moan in public. So, if you’re going to bring those worlds together, make sure the #promotedtrend is well-defined and doesn’t invite the whole world to bash your brand.

Let’s take a look at #MeetTheFarmers, the other hashtag McDonald’s launched that day. While any campaign by the fast food chain was always sure to receive some cynicism (hey, it’s Twitter after all – and we’re talking about McDonald’s), at least this campaign was linked to a feel-good YouTube video and, more importantly, significantly harder to make fun of.

#McDStories was “taken down” after a couple of hours because of the abuse, but the damage was already done. McDonald’s can discontinue any promoted trend but that doesn’t mean the rest of Twitter will leave it alone. After a couple of hours, the number of tweets abusing the hashtag was significantly less than when it was a promoted trend, but the #McDStories stories are out there. And it doesn’t have a happy ending.

3 things to learn from this:

1. If you want fan feedback, ask your fans – not Twitter.

Your biggest fans will give you the best feedback. Had McDonald’s asked its 13 million Facebook fans for their stories of joy and delight, perhaps it would have received them. If you’re going to use a promoted trend to ask Twitter to talk about you, you’re basically asking the whole world. And the world can be cruel.

2. Focus on what your #promotedtrend needs to promote.

Don’t be vague. Launch a trend where people can tweet about how great it is that they can #supersizeforfree on Super Size For Free Day (if that doesn’t exist yet, 10% for this idea). Or let the cool kids tweet about the #hotwheels in their #happymeals. Who’s going to moan about a complimentary toy car?

3. Avoid #hashtags that could be used ironically.

Whatever you do, don’t encourage people to tweet about #MyGreatMcDExperience. Somewhere, someone just had a *great* McDonald’s experience that involved rude employees, disgusting food and scary toilets and this person is going to tweet about that when she or he sees that hashtag. And if your brand isn’t perceived as warm and cozy, don’t use warm and cozy words in your hashtag. When one thinks of “stories”, one often thinks of timeless tales of wonder, amazement and beauty. Not of McDonald’s. So yes, I can tell a “story” about McDonald’s. It involves animal cruelty and bad hygiene standards.

Now, it’s not as if the world has ended for McDonald’s. I doubt the mega-corporation will notice any real life effect when it comes to its restaurants. You could even argue that McDonald’s has unintentionally done the world a favour by letting us all vent our associated frustrations and thus we’ll be happier in life. But it’s painful to see a multinational make these kind of rookie mistakes.

“Here to listen and learn from all of our fans and followers?” Well, learn it did… And even if only 2-3% of the tweets on the day itself were bad (the percentage has considerably grown by today), the bad tweets are what we’ll remember… Like the bad taste in your mouth after eating a crap Big Mac, really.

Read next: Focus On The User sees over 100k visitors since its launch 24 hours ago