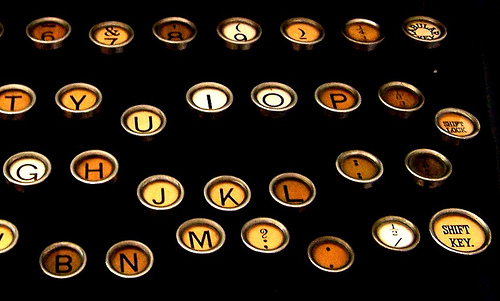 If you’ve ever wondered how long the average Tweet is, then this graph should answer some questions for you. Created by Twitter employee Isaac Hepworth, it is a sampling of 1 million Tweets published on the network, excluding retweets. The graph is plotted out by number of characters and allows for a couple of interesting conclusions to be drawn. Updates below.

Among those is the fact that most Tweets are around 30 characters long. To be exact, Hepworth says that the spikes are at 28 and 31.

In addition to the average length, there is also a rather large spike at 140 characters. At first this might seem suspicious, but Hepworth brings up a good point when he attributes it to either Tweets that are edited down to the max character limit in order to fit, or split into multiple Tweets when they can’t be made to fit.

It also seems that once people get to around the 100 character range, they’re in it for the long haul, as it slopes back upwards at 120+ characters. This may be attributable to link-shortened URL’s that are Tweeted out with post titles from blogs and websites. Most titles from publications, like this one, attempt to deliver the maximum amount of information, while still leaving room for URLs and space for re-tweeted opinions. The 110 character point is roughly the sweet spot.

Does this graph fit in with your Tweeting habits? Does it make you feel like sending more 115 character Tweets to stand out from the crowd? Let us know in the comments.

Update: Interesting. Hepworth posted up a second chart that represents just tweets from the ‘desktop’ web client and it shows an even more pronounced spike at the 140 character limit. This would indicate that those Tweets are more likely edited down to the maximum length, rather than filled out automatically using a service like Twitlonger.

You’ll note that the spikes at 28 and 31 are gone as well, although the overall trend towards 30 characters remains.

I chatted briefly with Hemsowrth about his findings and he was quick to correct me on the ’30 character length’ numbers. In fact 28 characters represents the mode value of the sample. This means that there are more Tweets in the sample that are 28 characters in length than any other number, but these don’t represent a majority overall.

Read next: Check out this new playable easter egg on Android.com