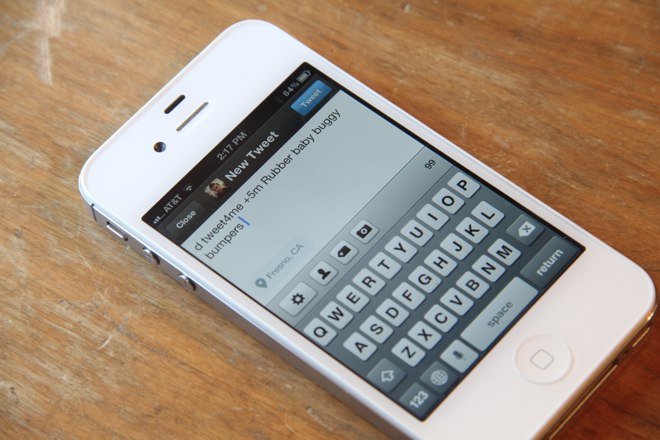 Scheduled tweets are a thing of beauty. You can drop pithy comments in the middle of the night, while you’re sleeping, remind your followers of something that you shared earlier, or just space out teaser Tweets for an upcoming announcement. But scheduling is normally limited to specific Twitter clients that have support for it.

This means that whether you’re tweeting from Tweetbot, Twitter for Mac, Echofon, Twitter’s web service, Flipboard or any other Twitter client, you can schedule Tweets for later to your heart’s content.

Kneen says that the service currently only checks in five-minute increments, so that’s the quickest timing you can place on a Tweet. As a tip, he also suggests using iOS 5’s new text expander feature, or TextExpander on a Mac, to shorten the commands for a Tweet.

Once you’ve scheduled a Tweet, you can check the status of its scheduling on the Tweet4me site.

I’ve tested the service casually and it definitely worked, as you can see below:

I love finding cool and clever tools that use Twitter, like Ifttt, and this definitely qualifies to join its ranks. I’m going to go set up some shortcuts on my iPhone, expect a Tweet in +5m.

P.S. For those of you looking to Tweet out a holiday message, Kneed offered me the following Christmas Day scheduling tip:

Read next: A true focus on merit is the only way to change the ratio