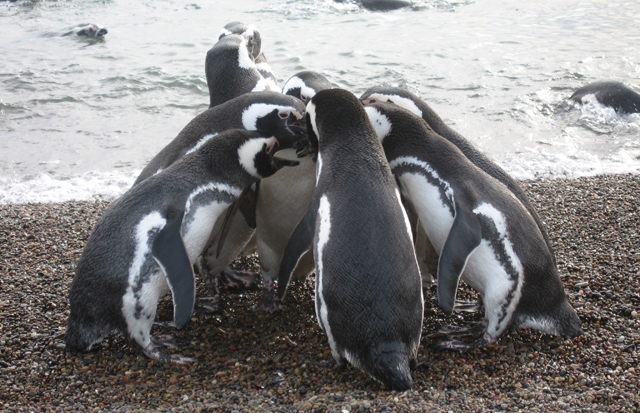 In the age of digital, there’s no shortage of ways to communicate en masse. You can send group emails/text messages, post messages on social networks, publish an impromptu blog post, hold VoIP conference calls, and even host a group Twitter chat.

The latter of these may not be the most conventional ways of grouping people for a multi-way conversation, but it can actually be a very effective way of getting many people from different disciplines and walks of life involved in the same dialogue. Firstly, it’s informal and there’s no obligation to speak at any given point. And secondly, anyone can get involved, at any time, from anywhere in the world. All that’s needed is an active Twitter account and a unique hashtag.

Here we cover some of the ways YOU can facilitate a successful group Twitter chat.

As with any meeting, offline or online, a single facilitator/manager in charge of each Twitter meetup will make things run that little more smoothly.

Twitter chats are typically organized in advance, there should be a pre-arranged theme (see the 3 Ts below), and it’s up to the facilitator to guide the conversation and ensure it remains on track. They don’t necessarily have to be actively involved in each conversation, but the facilitator will make the whole experience worthwhile for everyone.

With a single facilitator charged with guiding the Twitter gathering, you have to get all the basics sorted in advance…much in the same way as you would organize a physical meetup in a boardroom, you must decide what time and date your Twitter discussion is taking place.

Given that Twitter chats are a little more informal, you can leave a full agenda at the door, but you will have to provide one or two broad topics to encourage the right people in. So, if you’re wanting to get a debate going on how piracy is destroying music, you could perhaps have three headings and dedicate, say, 10 minutes to each:

These topics are sufficiently broad to encourage debate, and they’re likely to lure ‘passers by’ into the discussion if they happen to stumble upon the hashtag. Speaking of which…

The hashtag is the cohesive gel of a group Twitter chat, it holds everything together. Without it, well, it’s you speaking to a cacophonous crackle of 200m people. But you do have to get the hashtag right.

On the one hand, you shouldn’t choose something that’s already used by thousands of people. So if your debate is to centre on piracy, you’re best staying clear of #piracy in your debate, as it’s pretty common and you’re likely to get many unsuspecting people encroaching on your organized chat. A quick and easy way to check how popular a hashtag is, is to simply try a few out in the search box. A quick search with #muspir shows it’s not used by anyone already.

Remember, you only have 140 characters to play with so you’ll need to keep the hashtag as short as possible, whilst ensuring it isn’t already widely used. It’s also good to have a handful of additional hashtags at the ready, so you can drop these in to a tweet to lure others in. For example, if you start talking about Spotify, you could append a tweet with #Spotify for as long as you feel necessary.

With a time, topic and tag in place, that’s half the battle. You also need to let people know that the debate is taking place, and you should let the public know with as much notice as possible.

Write a short blog post about it, send out tweets to your followers at various points throughout the week as reminders, post messages on Facebook, LinkedIn, Google+…wherever you have an online presence. You should personally invite a few key people to participate too, just so that you know for sure there will at least be some activity going on to begin with. There’s nothing like an empty room to put off potential participants.

It’s probably even worth registering your group Twitter chat in the public Twitter Chat Schedule if it’s going to be a regular occurrence, it’s free to do so and takes a few seconds to set up.

Depending on the topic of your Twitter debate, it’s maybe worth getting some high-profile people from that industry to retweet your invite, even if you don’t know them personally. Simply @mention the people in question and ask them – the worst they can do is ignore you.

Okay, the structure of your Twitter chat is important. If you just let everyone run riot, it will be difficult to glean useful information from it as it will be all over the place. As the facilitator, you can choose which format to follow and keep the order…for example:

Ultimately, you can take your pick from any of the above, or combine them to create a mash-up. Decide on a structure, and stick to it though.

5. There’s no room for self-promotion

Why would you want to hold a group Twitter chat anyway? It’s quite likely you may want to raise awareness of your blog, your new startup or a new product, and that’s all fine. But don’t be obvious about your self-promotional interests – the conversation is for the benefit of the participants. Simply put, leave your PR hat at the door…

6. Engagement is the name of the game

This kind of relates to point 5. above. It’s important to be genuine with your endeavors, so do respond to particular tweets by an individual in the chat, and think of good comebacks or angles that someone may not have thought about. If one of the participants makes a really good point, why not retweet it from your personal and company Twitter accounts?

If there are a number of people from your company participating in a Twitter chat, it’s good to have unique identifiers for each tweet, so you can append each message with their initials, or maybe ‘Mktng’ for marketing or ‘Egnr’ for engineer. This can be particularly useful if the group chat moves off Twitter and onto other forums, such as email, telephone or other social networks. Which leads us nicely to number 7…

Why does a group Twitter chat have to start and stop at a certain time? In fact, why does it even have to remain within the confines of 140-character micro-blog posts?

If a lot of useful stuff is emanating from one particular Twitter debate, you can lead the chat onto another platform, perhaps starting a new thread on a company website and leave the participants to it. That’s where the unique identifiers from point 6. will come in handy.

8. Tools of the trade

Twitter is pretty useful as a standalone tool, but you can throw a number of other platforms into the mix to help manage a group Twitter chat.

For example, Twitter only lets you view a single stream, and it can be difficult monitoring multiple participants and hashtags from a single window. TweetDeck and HootSuite are awesome tools for monitoring multiple streams on Twitter, and you can create dedicated columns for following one particular user, or separate streams if you have more than one hashtag.

Back in March, we covered a cool new app called Joint, which works in a similar way to Twitter’s direct messaging (DM) system, meaning you can only chat with people you follow, but it does facilitate a group chat set-up.

Joint uses three panes, displaying the online status of your Twitter contacts on the left, tabs of open chats in the middle, and the main chat window on the right.

What’s the point of running an hour-long Twitter chat, generating lots of quality conversation, only for it to be lost forever in the depths of the World Wide Web? Well, that’s where Storify can help. We’ve mentioned it before in the past, and it’s definitely worth another mention here. Storify lets you capture key elements of Twitter chats and record them for posterity, by curating responses as opposed to storing the entire stream of tweets.

And then there’s Nurph, which gives you a real-time Twitter chat channel that draws all the information from your Twitter profile, and gives you a dedicated space that circumvents the 140-character restriction. It lets you search past conversations and browse the daily conversation archives, and you can promote your Nurph Channel by tweeting a link across the social sphere. You simply type the name of your Twitter account into the text box at the top, click ‘Go’ and then send the link out.

Finally, let’s not forget about TweetChat which, similar to Nurph, lets you use Twitter as a Chat Room. First, log-in using your Twitter credentials, and then choose which hashtag to follow – in this case, it would be the one that you’ve set up for the Group Twitter chat.

Choosing a specific hashtag directs you to a TweetChat room, where you can converse in real-time and crucially, each tweet is automatically appended with the relevant hashtag. You can even block spammers, whilst ‘Smart Pausing’ lets you scroll down the page without it refreshing, thus helping you avoid replying to the wrong person.

Do you have any tips for hosting a group Twitter debate? Any tools you like to use to hold everything together? Leave your comments below.