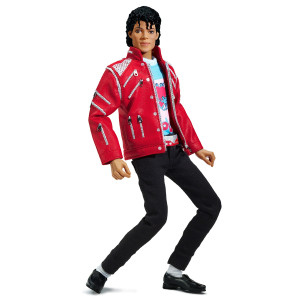 Twitter is obviously where real-time lives (mostly…). It is an essential networking and conversational tool. Brands should devise a smart plan to organically be relevant and successful on Twitter. The more authentic and real-time your conversation is, the better you will perform as a marketer on Twitter. Twitter and the plethora of research tools that have been built on top of it provide a really powerful place to start listening into trends, influencers, conversations, and jumping in.

-Nathaniel Perez is the Head of Social Experience at SapientNitro, a global, integrated marketing services company.

For the past two weeks, I’ve interviewed dozens of social media experts who manage big brands like Intel, government agencies like NASA and media accounts like Fast Company’s. This weekend, we’ll unleash a series of 18 interviews with 15 companies showcasing the amazing and hard working individuals behind your favorite social media accounts. For this week’s Follow Friday selection, I’ve pulled a few of the smartest media brands from the upcoming list to give you an appetizer before this weekend’s feast. In no particular order, here are 8 excellent Twitter accounts you should be following and the sexy pros behind them.

Fast Company tweets once every 30 minutes or less, so it’s a fresh blend of content ranging from business insights like “The Paradox Of Expanded Choices: What Too Much Of A Good Thing Means For Consumer” to random news like “Arizona Ski Resort Plans To Make Powder Out Of Sewage.”

The human behind the account? Flavorpill was kind enough to shout out to: Russ Marshalek

Content on Flavorpill ranges from “5 true stories from famous brooklyn authors”, to “Ghostly Images of the Collapse of the Soviet Union”. It’s really rich in dialogue, in fact half the tweets on Flavorpill’s home page are conversations with followers. If you dig random nuggets of culture, particularly if you live in New York, this is a great account to follow.

@NYTimes on Twitter is what we call a “cyborg account,” meaning it’s a combination of automated homepage headlines and manual tweets, retweets and replies done by Lexi and Liz. Since we became the social media editors, we’ve put a greater emphasis on humanizing the main account. Anecdotally, interacting with the @nytimes community more heavily has increased the level of engagement and the reach of our journalism on social media. We’ve also learned a lot from curating the @nytimes account that has informed how we strategize with individual news desks. In this time, we’ve seen our follower count grow to over 3.6 million on Twitter.

The humans behind the account? Liz Heron and Lexi Mainland.

Updates happen at least once every 30 minutes and range from world news and local politics to tech and sports.

@ELLEMagazine: The official Twitter page of ELLE Magazine, the number one fashion magazine in the world.

I took on ELLE’s social media at the end of last summer. Our Twitter had some 200,000 followers; right now we have over 760,000 followers. We have editors who are great on Twitter, so my job overseeing the brand’s handle is to rep the magazine as a whole, streamline the bigger news, and promote our content in a way that’s relevant and interesting to our followers. I keep it simple and straightforward, tweeting only once or twice an hour.

If you’re into fashion, it doesn’t get much more official than ELLE. Tweets range from “New music from Florence + The Machine” to “Now *this* is how you wear harem pants.” I’m not one to devour new fashion news, but those are two tweets I wouldn’t want to miss.

I think we have a lot of potential with the Vanity Fair voice, making it one of my favorite parts of the job. The magazine itself is so classic, it’s old Hollywood, it’s luxury — we’re letting you see into our world, but from just behind that velvet rope. And for the purposes of what we do — in social media — we’re going to interact. There’s going to be transparency. We want to bring our fans inside. As a nod to the Conde family, I think you combine the sharp wit of the New Yorker with the timeless elegance of Vogue, and there’s Vanity Fair.

Erickson is new and coming into the account from a past of working with entertainment and consumer brands, most notably Wyclef Jean during the crisis in Haiti. Updates come in patches of once every 2 hours to once per day. The content is wide-ranging and therefore appealing to follow if your entire Twitter stream is filled with solely industry folks. The tweet below is from writer/blogger @JuliWeiner who’s been working on the account prior to and during Erickson’s transition.

@Thrillist: 19 editions and counting…Thrillist’s daily emails sift through the crap to find the newest and best the Nation is hiding.

It’s really about connecting with fans engaging with our content. I do my best to connect with everyone that mentions Thrillist on Twitter.

If you’re a guy between the ages of 18 and 40, you need to follow Thrillist. Whether it’s simple advice like Pronunciation Manuals, where to get a good cheesesteak in Philly or more expert tech advice like alerting you to the fact that this exists:

“She’s honestly actively contributing to the Internet being smarter on a day to day basis. I can feel my brain expanding,” says Flavorpill’s Russ Marshalek.

Tweets really do expand your brain! From information like “How your ear works” to explanation for three-letter acronyms like CEO, COO, CFO, WTF, Popova presents a plethora of excellent content.

@Gizmodo: Technologies that change the way we live, work, love, play, think and feel. This week @caseychan will try to do the darn thing.

The human behind the account? Is obviously a sexy robot.

Aside from being one of the world’s most loved technology blogs, Gizmodo is a constant source of entertainment. Expect news on Hurricane Irene, Apple’s new CEO Tim Cook, black holes and tweets about chickens ejecting sperm…