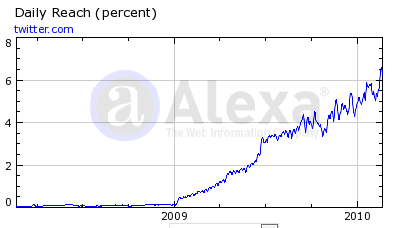 UberMedia, a company famous for its acquisition of some of the most popular Twitter applications and its recent blockage by the popular microblogging company, is quietly testing a new mobile web client, offering smartphone owners another way to tweet on the go.

If you visit m.ubersocial.com in your mobile browser, you will be presented with a landing page and you will be asked to connect your Twitter account to enable access to your account. Upon connecting my account, I was able to view the tweets from the people I follow, but I also noticed it was very similar to a mobile web app I had used previously – a service called Dabr.

We’ve covered Dabr before but the service is popular in its own right; several influential Twitter users have stated that they use the mobile Twitter service and in 2009 it was credited with helping Twitter users in China circumvent the “Great Firewall”.

UberMedia currently has four mobile applications on various smartphone platforms including Echofon, Twidroyd, UberSocial and UberCurrent. The company recently dealt with a huge public blacklash after Twitter blocked the Twidroyd and UberTwitter apps for breaking its Terms of Service, leaving thousands of UberMedia’s app users unable to access the service over a three day period.

The fact that UberMedia is using the open-source Twitter platform must be a huge boost for the Dabr team. A quick look at its official Twitter account shows that at least one member is aware UberMedia is in the process of creating a web client using the Dabr source code.

UberMedia is likely to have chosen Dabr to underpin its mobile web platform because it is open source and can be set up in a matter of minutes. Once installed on its servers, the UberMedia team would then be able to customise the visuals quickly and easily.

We have reached out to UberMedia to see what it has planned for its UberSocial mobile web app, we will update you as soon as we receive a response.

Read next: 5 cool apps for the iPad 2