Dabr, an open source twitter client has become, Amendment, we have since discovered TalkingPuffin to be the first client to support Twitter Lists (since October 18th), more details here.

Simply put, lists are a neat way to sort your followers into easy to browse groups. Lists can be made public and private and of course if they’re public, they’re visible by every Twitter user out there.

So how have Dabr integrated the feature?

Your new homescreen options include ‘lists’ in the top bar. 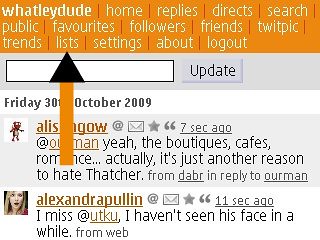 Unfortunately, I haven’t made any lists yet so there’s nothing there to show you… Um. I tell you what, lets find someone who has made some lists: Robert Scoble – aka @scobleizer – he’s definitely made some lists. 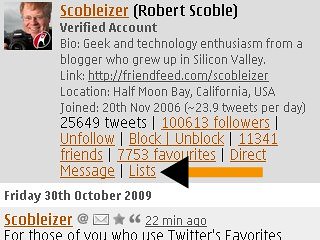 So on Robert’s profile, click ‘lists’ and voila, you can see his lists (as below). 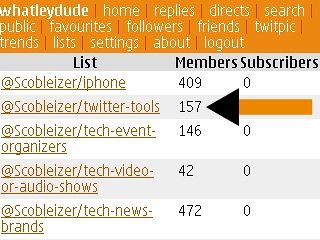 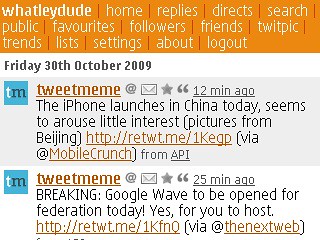 According to David Carringdon, the other half of this project, you can now see which lists you appear in. and also see who’s in the lists.

Carringdon also notes: “There’s a known bug that paging doesn’t work with tweets or user lists, – Twitter have made it more complicated than usual to help with their performance. I’ll implement the paging next time I get a chance to work on Dabr…. tomorrow hopefully :)”

Try Dabr out for yourself here.