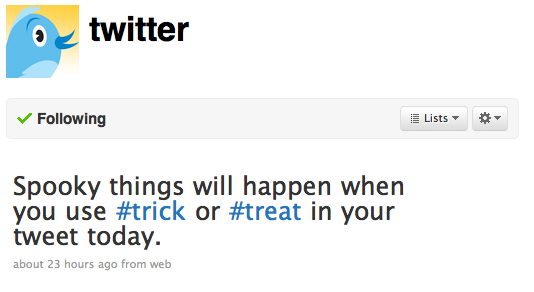 2010 has been a landmark year for Twitter. The service has picked up some huge steam, made big changes and has been adopted by a wide variety of users. In view of that, Twitter has just released its Year In Review site, with the first section focusing on Who’s New in 2010:

Noting that the site grew by over 100 million new accounts in 2010, there’s an interesting tree-shaped timeline that will walk you through the celebrities who made their appearances on Twitter this year. Starting with Lorenzo Jovanotti and ending at Madhuri Dixit-Nene, each verified account gives the introductory Tweet as a bit of history.

It will absolutely be interesting to see what content fills the rest of the #hindsight boxes. Will we hear about Bieber? Wikileaks? Celebrities dropping off the site for charity donations? Only time will tell. For now, it’s a fun trip down memory lane as, month by month, you can see when personalities such as Bill Gates, Victoria Beckham and even Tiger Woods joined the service.