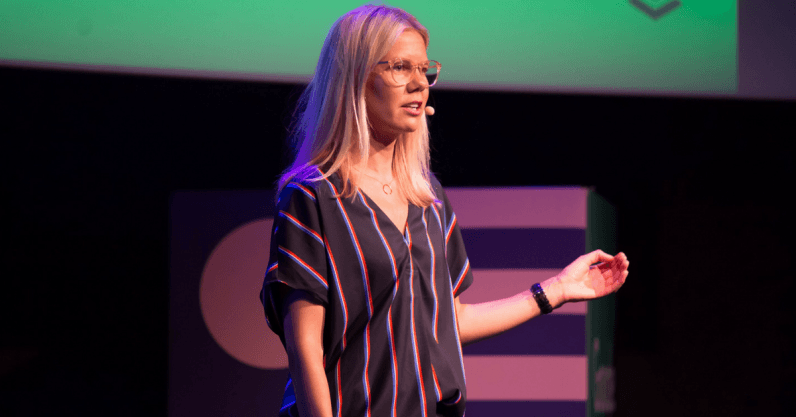 As many tech companies scramble to become more diverse and inclusive, unequal pay has been found to be the top factor impacting inequality in the workplace. To fix this problem, some companies have made the bold move of going transparent with employee salaries. However, this brings with it a whole new range of problems, and for many tech companies, it can seem like more trouble than it’s worth.

Social media management company Buffer is leading the charge in this realm and believes transparency in every aspect of the business is key to closing the gap between many workplace inequalities. But what does salary transparency really mean for a company? Is it the right solution for everyone? And how do you cope as a transparent company when things go wrong?

To get a better understanding, we spoke to Åsa Nyström, Director of Customer Advocacy at Buffer — who’s speaking at the Growth Quarters stage at TNW Conference. Here’s what she had to say:

TNW: What are the main benefits of salary transparency?
Åsa Nyström: I believe the biggest benefit of salary transparency is trust. Trust for the company and trust among team members. Trust that women, men, and minorities are treated equally. You trust that you’re treated fairly and that leads to higher retention, diverse teams, good work culture, and less uncomfortable conversations as they’re not needed. You’re aware of your value to the organization which is motivating!

Of course, another great benefit is the reduction in the gender pay gap. When women are paid the same as men for the same role, you’re most likely to have a smaller pay gap. We will continue to have a pay gap at tech companies like Buffer when the highest paid jobs in the market (engineers) are predominately done by men. This is definitely a challenge we’re working to solve.

What sort of fallout, if any, should a company expect when making the switch to transparent salaries?
I don’t have much experience going through this change at a later stage. However, I do think if you’re going to adjust salaries you should also adjust previously existing salaries if you’re going transparent. This change may impact your bottom line, but in the end, you may increase employee retention, which in the long term will have a positive impact on your revenue.

Could ‘capping’ salaries deter prospective or existing talent from wanting to work at an organization?
I guess it could depending on your salary framework and formula. We benchmark our salaries around San Francisco’s job market in the 50th percentile, so we hope that we can offer competitive salaries for anyone across the globe.

What are the main reasons tech companies are so hesitant in going ahead with salary transparency? What’s stopping them?
If you haven’t had transparent salaries from the early stages of a company I would think you may worry about how team members would handle knowing that some team members are paid more than themselves. This could, as a consequence, impact productivity and morale. Eventually, this can lead to employees departing the company if you’re not willing to adjust salaries and have equal salaries across the board.

Buffer is well known for its “radical transparency” in every aspect of the business. While this bold move might be too extreme for most companies, what are some less severe transparency strategies companies could adopt?
You can open up for increased transparency just by sharing a lot more about what the leaders are working on with the team. That could be a great first step! Give the team more context around leadership discussions team and share your numbers transparently. I believe that once you start sharing more transparently about certain areas of your business, you’ll be compelled to keep increasing transparent areas as you start building trust.

Is it possible to have fair pay without full transparency or is it all or nothing?
I think it would be very hard to guarantee fair pay unless you release your salaries either internally or externally, as without transparency you open up for salary negotiations and it’s tricky for team members to feel trust without any insights and context.

Obviously complete transparency brings with it many positives, however when things aren’t going so well, admitting mistakes and learning from them is something that has to happen pretty fast. How has Buffer coped when things haven’t gone great and staff had to be let go?
Yes, we’re always trying to share very quickly and transparently about our mistakes and our learnings when something has happened. About two years ago we went through some financial troubles and we had to go through a big layoff. We had to let 10 people go as well as make many big changes to our outgoings.

This was a very tough period for our team and had a huge impact on morale as we broke a lot of our team members’ trust. No one really knew that we were spending too much money and the layoffs also came very quickly and did perhaps not feel as transparent as it could have. We have worked very hard to build back trust and we’re feeling a lot healthier again now.

Has transparency when things aren’t going well made customers or employees lose confidence in your brand? Did these circumstances create doubt that transparency was the way to go?
I think it has definitely impacted employees trust in the leadership team when things have not gone that well and where the team members have not felt as included as they normally do. This has never created doubt at Buffer but we’ve learned from each experience how we can do better in the future in terms of keeping the team updated around financials, for example, and provide a lot of insights and education around how we’re doing as a company. We learn and hopefully improve as a result of tough times.

In Sweden, Finland, and Norway, anyone can find out anyone’s salary with a quick phone call to the tax authorities. Do you think this is a more appropriate solution rather than putting it on individual companies?
I’m originally from Sweden and this feels very “normal” to me, it is part of who we are in the Nordics. I’m not sure if this is a more appropriate solution as it may still be a taboo to talk about salaries in the workplace — even if you can easily find out what other people earn.

What about in countries where it is not socially acceptable to know what colleagues get paid. For example in Australia, where I’m from?
I think there is room for disruption in any country, including Australia where I’ve spent many years working. It may take some time for this to become more common, but as we strive for gender equality people will start demanding more transparency around salaries. I believe the gender pay gap will eventually lead to increased salary transparency. When companies see competitors with salary transparency start to hire the best people out there, they may decide to follow suit to attract more talent.

What about Iceland legalizing equal pay for men and women? Is that the solution?
In an ideal world maybe yes. I don’t personally believe anyone should be paid more due to their gender or based on the fact that they are better at negotiating. People should be paid equally based on their role, experience, and skills. If you have the same role and level of seniority and experience, you should be paid the same as your opposite sex.

Is it up to women and minorities to get better at negotiating? Is it up to employees, in general, to ask “why am I getting paid less?”
This is a complicated question. Based on our history, our society’s norms often see women and minorities asking for less. Now, things are changing and we’re working for an equal and inclusive workplace that encourages people to speak up and demand fairness. We’re starting earlier with children to encourage individuality based on interest and skills — not based on ethnicity and gender.

It will take some time but I believe we may not see the same discrepancy between men and minorities and women in the future. I don’t believe it’s up to women and minorities to get better at negotiating but I do think we have a social responsibility to demand change. They shouldn’t have to ask “why am I getting paid less,” but they should definitely feel empowered to.

We interviewed Åsa Nyström, Director of Customer Advocacy at Buffer to give you a taste of what topics will be explored at the Growth Quarters track at the TNW Conference this week hosted by Google for Entrepreneurs and TQ.  If you’d like to hear from Åsa or many other experts behind the growth of the world’s most successful companies, you should definitely secure your spot.

Read next: The Nintendo Switch is finally getting Resident Evil 7 - but you'll have to stream it