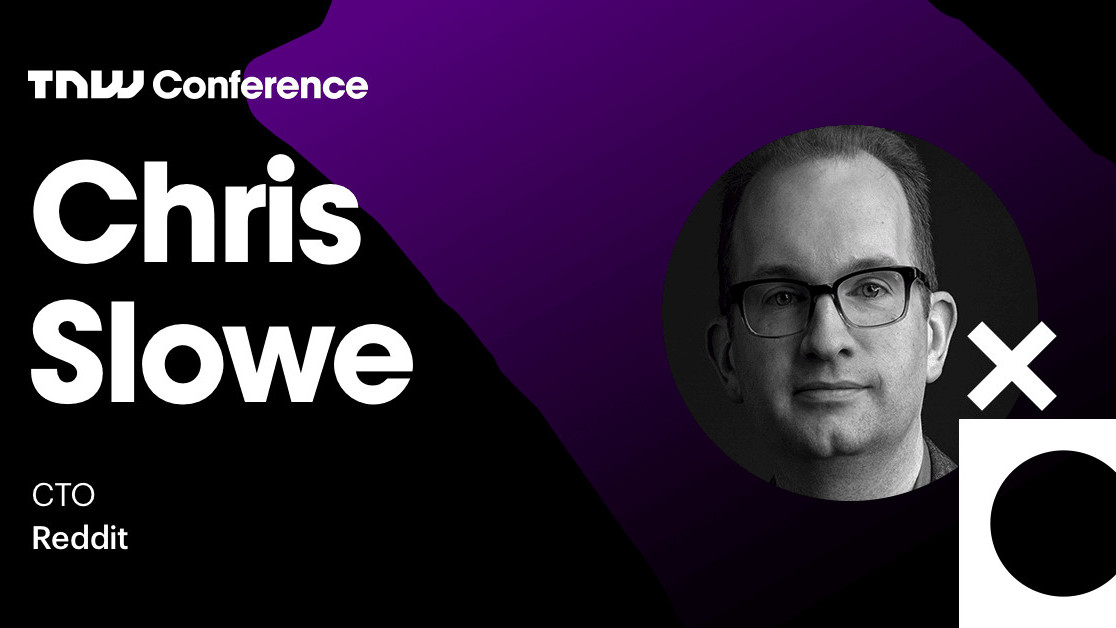 Last year, Reddit went through a redesign. While it caused quite a stir among established users, it offered improved UX for a core target group: newcomers. Speaking at last year’s TNW Conference, Reddit’s founding engineer and CTO, Chris Slowe, explained how he rolled out the redesign with his team, and shared advice on how to evolve a website with a constantly growing user base.

Next week, Slowe will return to TNW Conference. He’ll share his experiences over the past year and talk about his next projects. I had a chat with him about his upcoming TNW2019 keynote, and asked him about Reddit’s humble beginnings:

As the founding engineer of Reddit, did you have any idea at the time that Reddit would become what it is today? When did you begin to realize it had the potential to become this popular?

In the early days, honestly no. In the very early days, it was a neat idea and a fun project to work on, but the social space hadn’t shaken out yet and there were a lot of contenders that were the same size as us (or bigger!). It wasn’t until about a year in — where Reddit wasn’t just growing, but continuing to grow at a consistent, doubling rate — that it seemed we might’ve hit on something magical. It was only years later we realized its potential. In retrospect, it’s clear that Reddit is all about community, but it took time for that to work itself out (and for us to work out that’s what was happening).

How has your role changed as popularity increased? What’s the focus for your team today?

For the first five years I was at the front line of keeping the site up and stable, helping to keep the Reddit community managed and happy. I was working as an engineer to build and ship the next generation of cool and interesting things. Currently, my role is fundamentally the same, except that I’m no longer one of four engineers and I’ve got entire engineering team dedicated to each of those tasks!

What’s the next big project for you and the website? How will it continue to bring online communities together?

Wearing my CTO hat, my favorite current project is actually the one that won’t be noticed by anyone: we’re doing a major backend overhaul, much as we did a major product rebuild last year with the launch of the redesign. Unlike the redesign, if it all comes together and works, no one will notice we did anything at all, except the site will be faster, the API sane, and our ability to build and ship new things multiplied. This combination of performance, discovery, and feature building will serve as the foundation for us to help our communities grow and thrive.

What’s the biggest challenge you’ve overcome and lessons you’ve learned during your time at Reddit?

By and large, the most challenging aspect (albeit a good challenge) is growth. Reddit has been growing at a consistent rate. In the first five years, we were a team of only four engineers scaling a website that doubled every three months. In the past several years, we’ve scaled our company to not only handle the needs of growing traffic, but to also focus on building more features for our communities to do interesting things with.

To that end, one of the most valuable lessons I’ve learned is to trust our community. We build and maintain the infrastructure and tools, but Redditors have shown time and time again that they create a truly diverse range of interesting and meaningful experiences for their communities when empowered to do so.

How many times have you been asked the duck/horse question? Do you ever change your answer to spice things up a bit?

At least 20.  And I stand by my answer: ducks can be jerks, and birds are likely the closest modern relative to dinosaurs. I see nothing good coming from a horse-sized duck.