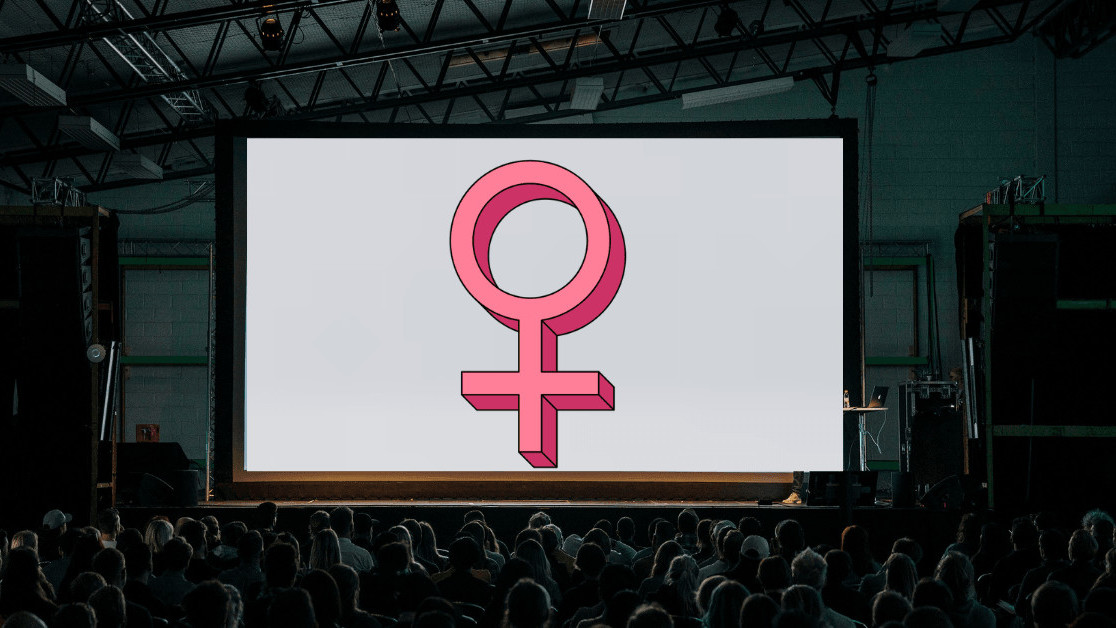 A tech conference is perhaps one of the very few places where women don’t have to wait in a hellishly long line for the toilets. Countless tech events, like Apple’s annual Worldwide Developers Conference, seriously lack female attendance — yet another indicator of tech’s gender disparity.

To fight this, more women-oriented tech events have launched, creating a safe space free from discrimination and with a focus on challenges women face in particular. But these events have also raised questions about whether excluding men from the conversation is helpful or hurtful to conversations on gender equality.

Apple WWDC…where there’s a long bathroom line for men and not women. pic.twitter.com/Vuf34MMDJz

Do we need women-oriented events? Rixt Herklots, Operational Director at TheNextWomen, believes so: “They’re necessary to achieve gender equality because if we don’t make a statement about it, and we let the status quo be as it is, the preference will always go towards men, because men are in charge.”

Tech conferences have a long history of gender inequality that goes beyond the gender makeup of the attendants, such as robot strippers at CES, booth babes at Computex, and a serious lack of female keynote speakers. A study led by Ensono surveyed 500 women in tech in the US and UK to identify the stigma women are subjected to. It found that 70 percent of women who’ve sat on a panel at a tech event have been the only woman on the panel, and one in four women have experienced sexual harassment at a tech conference.

Herklots says statistics like this are why TheNextWomen began hosting more women-focused tech events — they directly connect female founders with investors, allowing them access to knowledge, capital, and a network.

“Alongside our events, we’re also constantly trying to teach women how to be more outspoken and bold,” Herklots told TNW. “Women are judged more harshly on what they bring to the table… If a woman isn’t bold enough or makes a mistake, it’s not just on their own account, but for all womankind.”

“We need a safe space where we feel heard and don’t have to fight against a man who is also telling his story,” Herklots added. “The dynamic changes when there are women alone or if men are in the room too. I see that in some ways women-oriented groups can widen the gap with exclusivity, but in other ways, we need to put ourselves first because no one else is doing that for us.”

Although women-oriented tech events create a platform for women to explore the industry without the fear of judgement or discrimination, some worry these events can create a bigger gap when men feel excluded from the conversation.

“One of the challenges is to be inclusive, which is a huge juxtaposition because a large majority of tech events out there right now aren’t inclusive to the lesser part of society,” Herklots explained. “But, it’s a sort of multiple-headed monster because women say they don’t want to exclude men and they should be part of the conversation as well. Women are forced to go the extra mile and not make the same mistakes men have in the past with exclusion.”

But like in conversations regarding feminism, it’s important to point out that the vast majority of women-focused events aren’t really about excluding men — they merely put women in the spotlight, which rarely happens naturally in STEM fields. In an ideal world, there wouldn’t be gendered events, but we’re not there yet. Gender equality can’t happen without the participation of men, but if men don’t feel welcomed at these events because the focus is not on them, it puts even more work on the shoulders of women to make them feel welcome.

For decades, women have had to invite themselves to the table, and it’s only now that we’re seeing a slow closure of the gender gap with the rise of #MeToo and the fight for equal pay. The argument for including men in these kinds of discussions is so they can become better-informed allies.

“Men should feel welcomed at women-oriented events. When you invite men into the room where the majority of people are women, it really helps men experience what it’s like to always be the minority in the room, to be alone, and to feel out of place — it really hits them, making them understand the issue even better.”

TNW Conference 2019 is coming! TheNextWomen will showcase the importance of female entrepreneurship. This one-day summit will feature roundtable discussions on emboldening women in the industry, as well as keynote talks by successful leaders. Check out our glorious new location, inspiring line-up of speakers and activities, and how to be a part of this annual tech bonanza by clicking here.