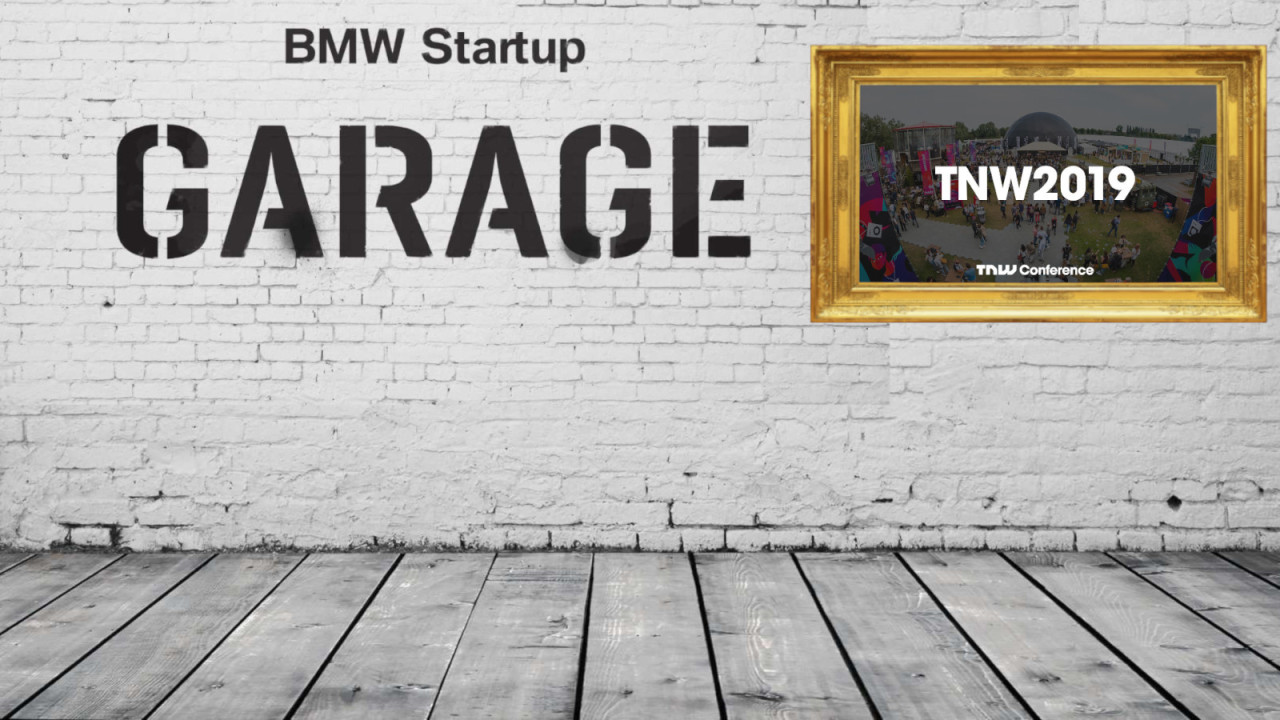 The BMW marque is synonymous with German build quality and engineering prowess. It didn’t earn that respect overnight; BMW has been manufacturing and innovating automotive  components for over 100 years.

Take the BMWi series for example; they’re produced using a variety of recycled materials, use electric and hybrid drive trains, and are put together in a factory that is powered entirely by renewable energy. One of the company’s latest innovations though, isn’t on its cars at all.

Innovate by any means necessary

In fact, it’s a business innovation called the “BMW Startup Garage.” Sure, it might sound less interesting than the exterior of your car being made out of 25 percent recycled plastics, but bear with me.

The Startup Garage is a sort of venture capital incubator for startups wanting to get into the automotive business, but importantly it’s not a capital driven incubator. The crucial difference is that BMW is not a venture capitalist to members of its startup garage, but it’s what the German automaker calls a “venture client.”

Rather than pumping large amounts of capital investment into a startup, and stifling them with legal obligations, BMW takes a more hands-off approach to get an alternative perspective on innovation. According to Bernhard Schambeck, who heads up BMW’s Startup Garage, it’s all in the name of helping the car manufacturer innovate better.

It’s not limited to its vehicles too, innovations that can improve any component of BMW’s business are welcomed.

Schambeck notes that sometimes the best innovations are borne from unique perspectives, ones that exist outside the walls of BMW’s traditional development processes.

“It would be dangerous to rely exclusively on our own innovative strength or that of our established suppliers,” Schambeck told TNW. “In order to maintain innovation leadership it is extremely important to integrate the outside-in perspective.”

It’s not just about vehicles

When the startup garage was first launched it was primarily interested in technical innovations for its vehicles. But in 2018 it widened its scope, and is now also open to startups working in the fields of automotive parts production, IT, sales and marketing, and financial services innovations.

As Schambeck told TNW, the startup garage is looking for “startups with innovative ideas which we haven’t thought about yet,” he continued. “Startups which can solve existing problems neither our engineers nor our well-known automotive suppliers have solved yet.”

The BMW Startup Garage talks with over 1,500 startups that come from all over the world every year. Generally between 600 and 800 startups are assessed each year to decide which should be taken forward into the programme, a BMW spokesperson told us.

In 2018, 26 startups completed the programme, to bring their ideas to life.

Venture capital is out, venture clients are in

As a venture client, BMW “invests” in a startup’s product or service when it’s in early stages of development, making it the startup’s first official customer. “With the BMW Startup Garage, we are able to tap into the potential of particularly innovative startups at an early stage and tailor it to our needs,” Schambeck added.

This means that startups get an order and can position themselves as a supplier to the automotive industry. No equity or shares in the startup are given up to BMW, so the startup retains complete control over their business. Naturally though, it’s in its best interest to satisfy its first paying customer, in this case BMW.

“The startup generates revenue and the cooperation is set up as a real supplier-customer relationship between the BMW Group and the startup,” Schambeck continued. “By doing so, the startup builds up enormous know-how on our industry dynamics which gives them a head start for entering the automotive market.”

In addition to signing on as a client, BMW also assists these startups in other ways. BMW still provides support to help startups get their ideas off the ground by providing access to experienced automotive engineers, a fleet of test vehicles, and a wealth of experience and industry contacts to tap into.

To get into the program startups need only a testable prototype of their product or service, Schambeck told TNW. The company will also help with testing the validity of the product, making sure the startup can get it to market efficiently.

The support given to the startups over the course of the programme is built around what BMW calls its four pillars: Build, Sell, Learn and Network. Each of these should help the startup realize its vision and become a key supplier to the automotive industry.

Naturally, BMW is quite cagey when it comes to talking about the successful startups that have contributed through its programme. Schambeck told TNW that the pilot projects are always exciting and worth talking about, but they often have to resist as to not surrender their competitive advantage.

However, BMW were able to tell us about two notable startups that were part of the 2018 Startup Garage, Lunewave and QC Ware.

QC Ware are working with BMW to see if quantum computing could be integrated into BMW’s business, to do things like improving vehicle production lines.

Indeed, it seems BMW is well aware of the need to take a unique approach to keep ahead of the game, particularly when it comes to innovation. Building the cars of the future, isn’t just about innovating vehicles, according to BMW it’s about innovating your business too.

Bernhard Schambeck will be speaking at TNW2019. You’ll be able to hear him talk more about corporate business innovations and how BMW is nurturing startups to try to innovate and build the cars of the future.