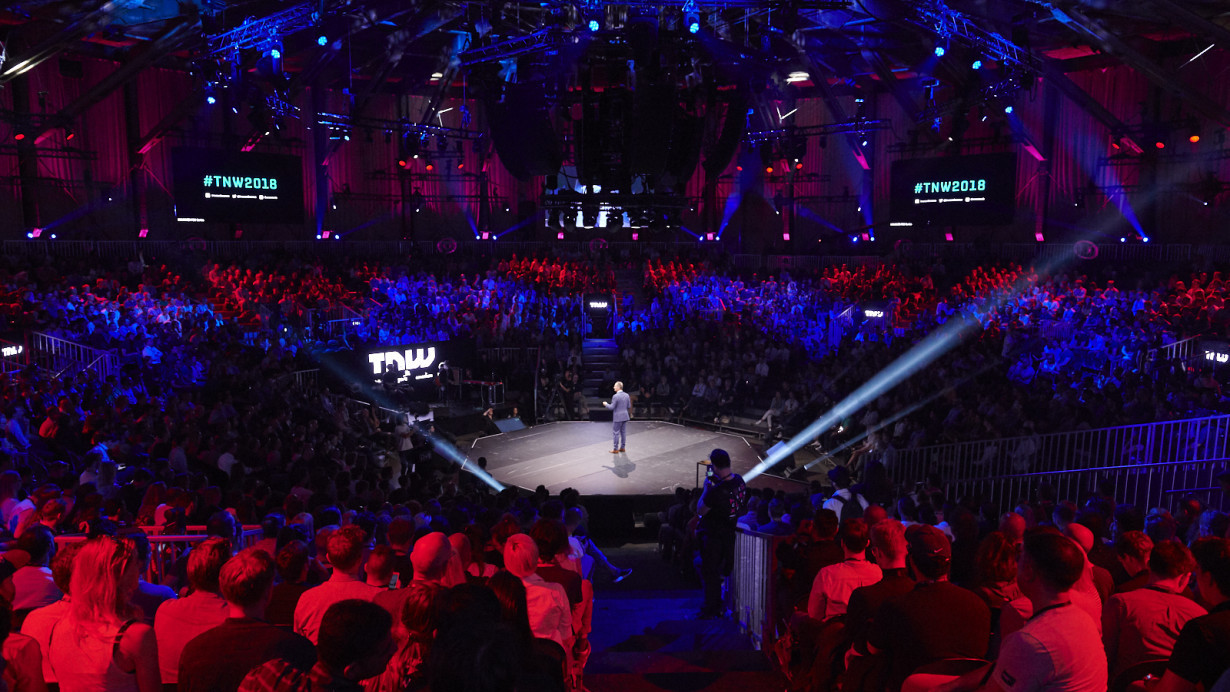 Our very own TNW Conference in May is an all-encompassing exploration of technology’s future. From machine learning to design, thought leaders will explain how we’ll live, work, and move in tomorrow’s world. It’s on May 9 and 10 – you should join! You can still get Earlybird tickets before prices rise.

Sometimes it can be hard to gauge what you can take away from an event that covers so many topics. Rest assured, there’s something for everyone at TNW2019. So whether you’re a developer, marketer, or you just simply dig tech, we’ve organized talks that will appeal to your specific interests.

In fact, we recently announced some really cool speakers in a variety of fields. To help you get the most out of TNW2019, here’s a few that will appeal to you:

Sandy has over 20 years of UX experience, working with companies like Google, Johnson & Johnson, Samsung, and Ford. Her passion stems from her cultural anthropology studies – she’s always been curious about understanding people’s differing needs and behaviors.

At Ford, she has built the UX branch from scratch. The team transforms how the company designs by introducing a human-centred approach to the company.

At TNW2019, Sandy will discuss the transformative ideas she’s brought to some of the biggest companies in the world. Don’t miss her speak to learn more about how UX will continue to impact how we interact with the world around us.

For the go-getters: David Allen (Author)

David is the author of “Getting Things Done,” a revolutionary time-management method that was released in 2001 and has remained a staple for improving organization and efficiency. The method focuses on taking a calm and collected approach to daily tasks, and has amassed a huge following – David has over 1 million follower on Twitter, where he shares updates and imparts wisdom. He’s also hosting his very own GTD Summit in his adopted city of Amsterdam this year.

Known as GTD, the method came from David’s wide range of jobs in his past. He had 35 professions by the time he was 35 – from constantly adapting to a wide range of roles, David has developed GTD to apply to anyone in any position.

Whether you’re already a fan of his method or you’re looking to improve your productivity and confidence, don’t miss David speak about his method at TNW2019 – his talk is sure to motivate and inspire you to get things done.

For the blockchain enthusiasts (and meme-lovers): Jackson Palmer (Dogecoin)

Jackson started Dogecoin as a satirical commentary on the sheer volume of cryptocurrencies that emerged. He adopted the popular doge meme as its mascot and the internet embraced it. To this day, Dogecoin remains a popular altcoin that has a strong following and is frequently used by traders.

His TNW2019 talk will explore how he built a successful altcoin against a sea of competitors. Whether you’re looking to get involved in the industry or you’re already immersed in it, come hear his unique insights into how Dogecoin and other cryptocurrencies will fit into the industry’s future.

Jackson also runs a popular YouTube channel where he explains blockchain in layman’s terms. Check out his explanation of dApps:

Emanuele is the Executive Vice President of Global Brand Strategy at National Geographic. With over 25 years of experience in brand strategy, marketing, and creative direction, he’s helped the company remain a household name through the rapidly changing media landscape.

National Geographic is recognized as one of the top social media brands in the world, having adopted a successful concept of giving photographers the keys to their platforms. At the same time, the brand uses its voice to highlight the pressing need for sustainability.

If you want to learn more about how Emanuele has played an important role in National Geographic’s branding strategy or you’re simply a huge fan of the company, don’t miss him speak at TNW2019.

Here’s a recent example of National Geographic’s Instagram, where they highlight the beauty of nature and the need for sustainability:

Photo by @CristinaMittermeier | The ice surrounding the Îles de la Madeleine is a very special place. Every year, in the heart of winter, thousands of harp seals gather on the ice to give birth to their pups, just like this one. Born with a fluffy white coat, harp seals turn silvery grey within a couple of weeks, as they prepare to enter the cold Arctic waters. Unfortunately, this kind of safe, stable ice platform is becoming scarce as global temperatures continue to rise, presenting a serious threat for the survival of this lovable species. #FollowMe at @CristinaMittermeier for more photos from our Arctic and Antarctic regions. #harpseal #seal #Arctic #Canada #climatechange

For the developers: Angel Diaz (IBM)

As IBM’s Vice President of Developer Technology, Open Source & Advocacy, Angel has become a spokesperson for empowering developers to solve the world’s problems through open source.

The company has helped countless projects gain momentum, such as Project Owl, which solves communication problems during natural disasters. In this WIRED interview with Angel, you can see how passionate he is about how code can provide life-saving solutions.

His TNW2019 talk will be interesting not only to developers, but to anyone who wants to learn about the ways that technology can make a real difference in our future. Don’t miss it!

These are just some of our first 25 speakers and there’s way more to come. No matter what area of tech you’re in, you can be sure the TNW2019 lineup will provide you with inspiration, actionable learnings, and motivation. At the end of the day, where else would you get access to all these bright minds in one place?

If you’d like to attend on May 9 and 10, you can still get Earlybird priced tickets if you hurry!