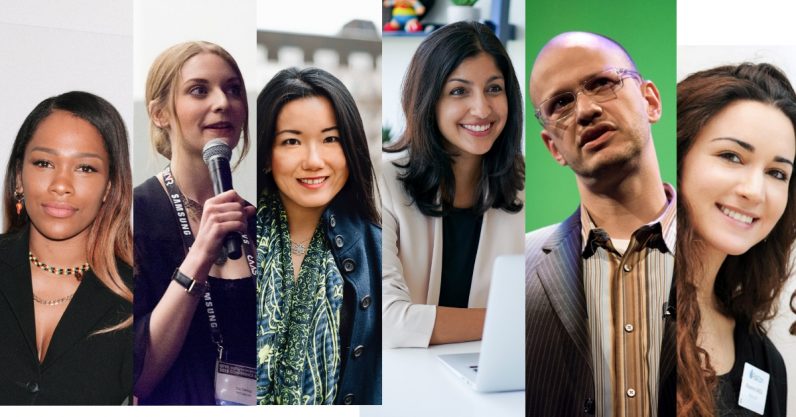 A lack of diversity is one of the biggest problems at the heart of the tech industry, and it’s urgent we fix it. Research has proven time and again that diversity in STEM leads to better teams, better products, and is necessary in allowing women and POC access to some of the highest paying jobs in the world.

TNW Answers is our live Q&A platform where we, along with our readers, can interview leaders and disrupters from across STEM industries. This year, we’ve had 30 TNW Answers sessions, hosted by leaders, disruptors, and expert panels from fields including cryptocurrency, beauty tech, cannabis, space exploration, new media art, and much much more.

For this article we’ve pulled together some of the things we’ve learned this year from our brilliant hosts on how to build a diverse and inclusive future.

When women and POC build tech, the tech gets better

While many view diversity as boxes to tick, positive discrimination for the sake of it, or just good company PR, consider this: when diverse teams build our technology, that technology gets better. When more genders and ethnicities are behind the product, that product better fulfills needs and wants for more of its users. It’s common sense.

Arlan Hamilton, Founder and CEO of Backstage Capital, is an expert in diversity-led startups. When asked why she thinks it’s important for investors to fund female-founded companies during her recent TNW Answers session, she said “women make up half of the human population. That alone is enough of a reason to me.”

But diverse tech leaders are few and far between, which results in problematic products. During her Answers session in September, Sharmadean Reid, the founder of beautystack, spoke about how, as a black woman, she’s encountered this: “I did receive a phone once with Beauty Mode and it felt super weird to have my face enhanced to a Western standard of Beauty.”

Having more women of color in the room would have prevented such a shit feature from ever getting made in the first place. “That’s why women should be building more tech” Reid continues, “because few woman would not raise their hand in a meeting and be like ummmm maybe we shouldn’t build that feature?!?! That side of beauty tech doesn’t appeal to or interest me…”

When asked about what will be the biggest change in “beauty tech” in the next ten years, Reid said “More women building the beauty tech instead of consuming it, leading to better quality products, less gimmicky stuff, and mission driven.”

Diversity and inclusion needs to come from the top

So, we know we need more diverse teams, but how do we get there? Many women understandably reject the idea they are filling quotas — they want to be hired for their skill, not because they’re a woman.

But this attitude that women are tokens that make a company look good by hiring needs to change. Being a woman or a person of color should be looked at as a kind of skill, as you bring a new critical perspective and experience to the team. Smart companies will recognize that, and will actively work to build a diverse team.

Adeo Ressi, the CEO of the Founder Institute, a startup launch program that operates in nearly 200 cities worldwide, also spoke to TNW’s readers on the issue of diversity. He said that while the diversity in FI’s program varies by city and country — they operate in over 60 countries worldwide — they “work to have female leadership in every city, and we actively work to get a high female graduation rate. We are averaging a 40% female graduation rate worldwide.”

When asked how they manage to have such a high percentage of female founders successfully complete their program in an industry that typically sees almost none, Ressi replied:

During our TNW Conference this year in Amsterdam, we were incredibly lucky to have Anjali Sud, CEO of Vimeo, not only speak, but also join us for a TNW Answers session. When asked what Vimeo is doing to help women and POC succeed, Sud talked about the proactive approach they are taking:

“We recently hired a dedicated HR leader at Vimeo to focus on Diversity & Inclusion (the amazing Katrina Jones). We are increasing our investment across the board, doing things like rolling out unconscious bias training, adding more accountability for myself and managers for driving outcomes, publishing our stats publicly, and hosting more events to advance education and awareness on these topics.”

Sud says working with external communities is just as important: “We work with organizations like Girls Who Code, 2020Shift, Black Tech Women, and more. I am also a member of the CEO Action for Diversity & Inclusion and am joining the leadership council of Tech:NYC, so we can learn more from what others are doing successfully in this critical area.”

But aren’t “women in tech” initiatives, events, and blogs exclusive and counterproductive?

This is one of the most divisive topics of discussion when it comes to how to fix the gender divide in any industry, let alone STEM.

It was also a question posed to our “Women Disrupting Tech in Europe” panel, which included six leaders from all different roles and different areas of tech, and the hosts didn’t all agree on the answer.

Roxanne Varza, the director of Station F, the world’s biggest startup campus based in France, answered that she thinks women only initiatives aren’t the right way forward: “Often ‘women’s’ blogs, events, etc. are seen as ‘only open to women’ — which I do not feel is productive. In order to move things forward we need men working with us.”

Fellow panelist Rixt Herklotz, the Program Manager at TheNextWomen, added that instead she sees these initiatives and events as a way to get more women excited about wanting to work in the field:

“Quotas and stuff like that are always twofold: you want to work in tech and get that job, because you’re the best. Not because you’re a woman. But when numbers are so staggering and they’re not changing on their own, we need to have measures in place. So yes, there’s a lot of companies now focused on getting more women in tech. Truth is: at this moment in time, there’s only so many women wanting to work in tech.”

Finding a community of like-minded allies is important to surviving, and thriving in, STEM

Whether it’s finding a mentor or getting strength from shared experience, curating a support network around you is one of the most common pieces of advice we found.

In her session, Arlan Hamilton also said finding people to look up to in your field is key in setting the stage for future success — and she has been that person for many.

When asked whether her success has helped caused a broader shift in the tech industry’s openness towards diversity-focused VCs, or if she feels her success has been possible because of this shift, Hamilton said:

“I think I’d be showing false modesty if I said I had nothing to do with it, but I do know for sure that many, many others have had a ton to do with it both in and out of the spotlight. I think I am a representation of what is possible because of those before me and with me, and I also catalyze it by striving for greatness each day.”

When asked whether new technologies are an opportunity to start fresh in terms of inclusion and gender diversity, Lu Li, the founder of Blooming Founders and another panelist from “Women Disrupting Tech in Europe,” shared similar thoughts:

“Yes, given you have some technical understanding. The weed industry has a high percentage of female founders for example, because it doesn’t play by the normal rules.”

New technologies and industries such as blockchain, cannabis, and beauty tech offer a new opportunity for women to get in at the ground floor as there’s more space, and the rules for who can and cannot be the CEO haven’t been written yet.

And it’s not a problem only one company, or even one country, faces — discrimination based on skin color and gender exists all over the world. For an industry that promises innovation, creativity, and outside the box thinking, diversity possibly matters in tech the most.

Have an idea for someone you’d love to host a session? Post in the comments below or email georgina@thenextweb.com.

Read next: An entrepreneur’s guide to navigate the changing global tech scene