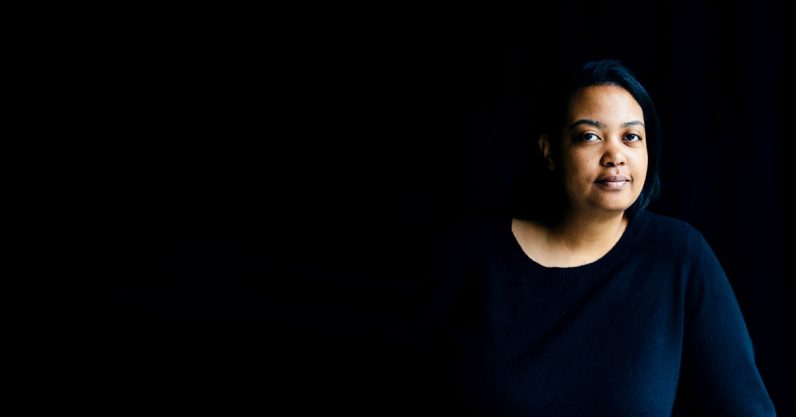 It’s very difficult to find an hour of Arlan Hamilton’s time — besides for running Backstage Capital, a VC firm “investing in underestimated founders,” she’s lately been the subject of countless high-profile interviews and features.

Hamilton was featured on the cover of Fast Company‘s October issue, making her the first black woman who is neither an entertainer nor sports figure to do so. She’s also been profiled by Quartz, Inc, Money, and more.

Is this real life? I’m the October COVER of @FastCompany! Also the first Black woman who isn’t an entertainer/athlete (@Oprah, @serenawilliams, @Beyonce, @LenaWaithe — my favs!) to be on the cover. I never could have imagined this 3 yrs ago🤭 SO grateful. https://t.co/KInpR6TRxr pic.twitter.com/2YlpsILfsI

Most notably, Hamilton was the star of Startup podcast’s season 7, where she was referred to as “Silicon Valley‘s most unlikely power broker.” Considering tech is one of the most notoriously white and male-dominated industries, and Hamilton is a gay black woman, was homeless as recently as three years ago, and had no traditional education or experience in finance prior to founding Backstage Capital, the title fits.

Hamilton is famously direct, and is unapologetic in her diversity-focused mission, but not just for diversity’s sake — diversity makes financial sense.

Backstage finished its first three seed funds in June, which went to 100 startups with at least one founder who is a woman, person of color, or LGBTQ+. Right now, they’re working on a $36m investment into black women-led projects, $1 million at a time. The project is called the “It’s about damn time fund.”

The rumors are true. Today at #USOW2018 I announced that my venture capital firm @Backstage_Cap has launched a $36m fund that will invest in Black women founders $1mill at a time. Thank you to the Backstage Crew, headliners, LPs, mentors & network for making this moment possible. pic.twitter.com/yT1SMQOFAR

Hamilton’s goal? To change what success looks like for underrepresented communities. As she recently told Fast Company, her long-term goal is a revolution, and “decades and decades of generational wealth for black people.” If firms like Backstage Capital succeed, “[this country] will be a different picture.”

She’ll be hosting a TNW Answers session with us on Thursday,  November 19th, where she’ll be taking all your questions about her path to success, funding advice, and the future of tech diversity. Ask her anything NOW!