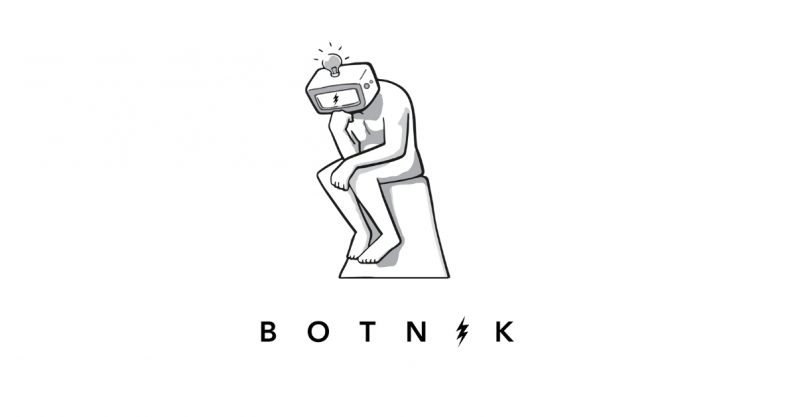 “Leathery sheets of rain lashed at Harry’s ghost as he walked across the grounds toward the castle. Ron was standing there and doing a kind of frenzied tap dance. He saw Harry and immediately began to eat Hermione’s family.”

“Ron’s Ron shirt was just as bad as Ron himself”

No, this isn’t from a demented new Harry Potter sequel — it was created by Botnik Studios, a creative collective of about 30 writers, artists, and developers from all over the world who use machine tools to remix and augment language.

Coachella band line ups, Harry Potter texts, lyrics to songs… these are just a few of the things Botnik Studios has messed with, turning them into weird, viral projects.

Ahead of Botnik’s TNW Answers session, we spoke to their co-founder, Jamie Brew, on how the collective creates such weird and wonderful work.

The creative collective is made up of about 30 writers, artists, and developers who, Brew tells us, are “distributed across the country and the planet and coordinated on Slack and email.”

The collective began when Google DeepMind wanted to make a bot for The New Yorker‘s caption contest, which the magazine’s cartoon editor from 1997 to 2017, Bob Mankoff, created. Noticing an uptick in similar projects trying to “solve” creative tasks with automation, Mankoff and Brew created Botnik, which sought to augment instead of automate.

“We use machines to enable new kinds of human creativity. Botnik Studios… grew from the user testers for our first web app, a predictive text keyboard called Voicebox that offers word suggestions based on any source text you feed it.”

Since then, Botnik has recreated a Boy Meets World episode, tourist reviews of Parisian landmarks, ASMR video scripts, and Tinder bios, among others.

The projects typically begin with an observation — one writer will notice “a genre or trope that has a particular way with words they want to play with.” This idea is then pitched to the rest of the team via Slack. Afterwards, several questions are asked, such as how the text should be divided in order to use the language most effectively:

“Do we use a neural net, which is best suited to generating fragments of text that are a couple or a few words long? Do we train a predictive keyboard on all the text at once? Do we create multiple predictive keyboards each trained on a subset of the text, like when we divide it by character for our scripts or into dialogue and narration for book chapters?”

The language tools are then built based off the answers to these questions, which are used to write a few lines of text. This is when the human-machine collaboration begins:

“With the predictive keyboard, it’s usually a dozen or so writers pitching to an editor, who’s assembling them in a Google doc or the screenwriting platform showrunner.io. Each writer is stepping their way through sentences suggested by the source text, while the editor is keeping the writers updated with what kinds of lines we currently need — stuff like ‘An urgent command from Scully’ or ‘A narrator line setting the scene.'”

“The longer pieces emerge from the bottom-up chaos of the semi-random lines and the top-down guidance of the editor who’s thinking about how to present this in whatever format we’re going for.”

The process may be initially machine driven, but the end results are equally molded by human hands. “How collaborative is it? Extremely collaborative. It’s off the charts,” Brew says.

Not all project ideas come to fruition, usually because the source text is impossible to track or doesn’t exist: “I’d love to train a bot on all the smalltalk your dentist has ever made to you while you have sat there with your mouth open, unable to respond.”

Dentist chat among other things, Brew says, should be 100% human: “No one has collected that data, and I don’t think anyone ever will or should, and that’s part of why going to the dentist is so important. You hear wisdom that Google has no idea about.”

“This is understandable, because there’s a whole spectrum of art (including writing) in this area right now, ranging from really empirical procedural generation where the creator acts more like an experimental scientist — methodically adjusting parameters and observing results — to work where the human acts like an artist with creative control, who can curate the output, or steer it, or override it.”

Botnik has recently successfully completed a Kickstarter crowdfunding campaign for a The Songularity, a full-length pop album, remixing the lyrics from “Scottish folk ballads, Amazon reviews, Carrie Underwood, The Elements Of Style, and more,” all set to original music. The project reached 116% funding, and is set to release in mid-2019.

Currently, the collective is working on a holiday advent calendar for early backers of their Kickstarter campaign, “who will be able to call in to a hotline every day in December to hear robo-messages optimized to deliver seasonal cheer.”

“As always, we also are working on several secret projects that require top-level UN security clearance to know about. None of us work for the UN, so none of us know what these projects are about. We just follow the rules and send the output to a classified email address.”

Anything planned for the future? “We’re going to solve eating by building a robot that eats your food for you. Subscribe to our Twitter feed and newsletter to find out how.”

Jamie Brew and others from the Botnik team are joining us tomorrow on Wednesday, November 7th to host a TNW Answers session. Ask them ANYTHING now!

Read next: Everything you need to vote in the 2018 midterm elections today