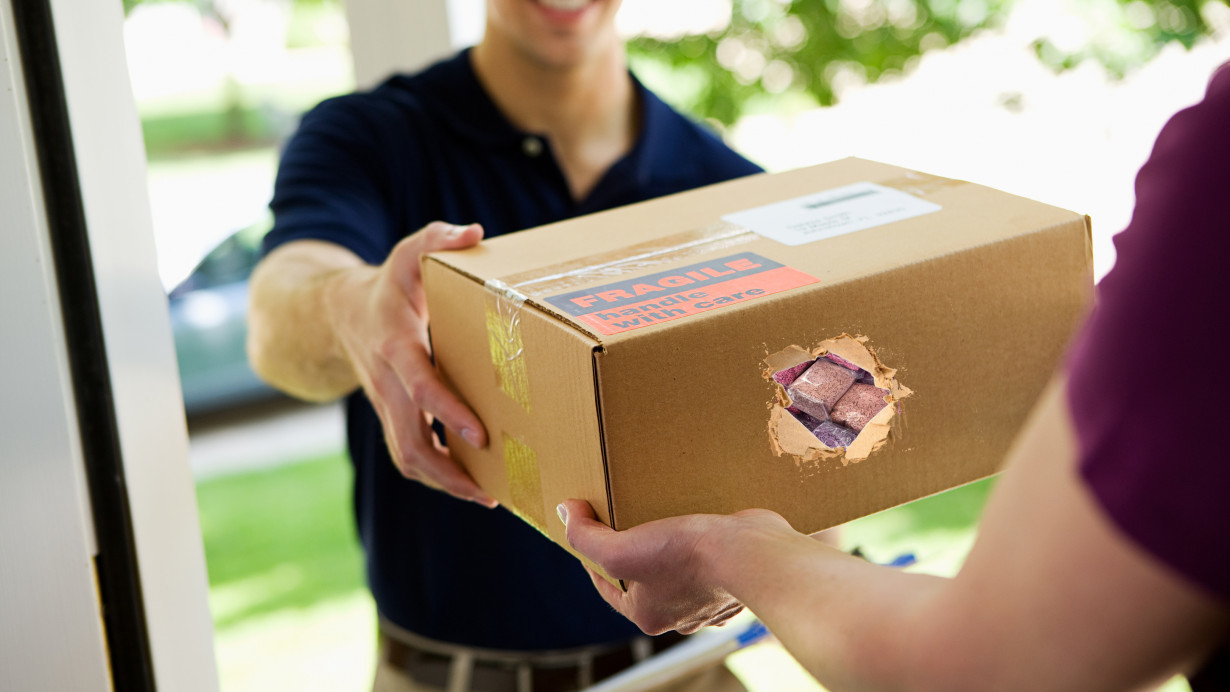 The Dutch are known for many things — windmills, tulips, washed up soccer players… and an amazing talent for producing tons of synthetic drugs.

So much, in fact, that drug traffickers in the Netherlands accumulated an estimated €18,9 billion in revenue in 2017. In comparison, that’s more than Iceland’s gross national product.

All those pills and powders need to make their way into someone’s clammy palms somehow, and this often involves an ancient method of distribution: the mail.

In the Netherlands, about 200 million letters and packages are mailed each year. A police team dedicated to investigating illegal goods in the mail carries out only one routine check-up, in one mail sorting center, every week.

Another challenge to police detection is posed by Dutch law. The Netherlands, like many European countries, has “secrecy of correspondence,” which prohibits governmental organizations from opening sealed letters. So once this police team stumbles upon something suspicious, they need consent from a specially appointed district attorney to open these postal items. (Packages don’t fall under this law, meaning postal services can open these under specific circumstances).

Jean-Paul Kuijpers, a former policeman-turned-entrepreneur, works with DITSS (Dutch Institute for Technology, Safety & Security) and the Ministry of Justice and Security to find a solution. “Our goal is to become better at detecting illegal goods in postal items. Not just synthetic drugs, but also dangerous goods like explosives (illegal fireworks, mostly) and lithium-ion batteries, which can self-ignite when they’re not packaged safely.”

Kuijpers is not trying to reinvent the wheel here. His team is looking at technologies that already exist but aren’t yet used for this purpose. “We’ve run pilots with electronic noses, devices that detect gas molecules — or smell — with much more specificity than humans and dogs. But while they’re great for finding marijuana, they cannot detect synthetic drugs or firearms.”

Another solution, swiping packages with special drug-detecting wipes, proved too effective. “We found residue not just on the packages containing drugs, but also the surrounding items that had touched them. So we encountered many false positives.”

This gigantic machine runs deep learning software that becomes better at detecting objects over time. “The system can already catch weapons and explosives,” says Kuijpers. “During this three-month pilot, we will be teaching it to identify synthetic drugs.” Because ecstasy pills come in many different shapes, the algorithm will have to look for different identifiable features such as weight and density.

Kuijpers believes the machine will be effective in detecting illegal goods, especially after some months of “training” the algorithm. The real challenge lies in not slowing down the mail sorting process, he says.

“Obviously, PostNL doesn’t want people using their services for illegal stuff. But at the same time, customers need their packages delivered as soon as possible. So they need to put these detection systems to smarter use to not interfere with the supply chain.”

Though X-ray can be more efficient in combination with AI, its accuracy is still limited. Several startups, such as Dynaxion in the Netherlands, are looking at neutron activation to better detect illegal substances.

This technology starts with bombarding packages and luggage with high-energy neutron particles. When these particles meet with other elements such as oxygen, nitrogen, and carbon, this reflects specific patterns of gamma radiation. By analyzing these radiation patterns and matching them with existing profiles, detectors can make out specific objects like drugs or explosives.

“It sounds a bit sci-fi,” says Kuijpers. “But this technology provides a very detailed image of the substance inside a package, so I’m excited to see how we can use it in the future.”

According to Kuijpers, combining all these different technologies will have the most impact. “In the future, AI-software will connect to a whole range of sensors analyzing these packages — their weight, their shape, their smell, their chemical compound — and exchange information to make better decisions.”

This level of accuracy is also needed to circumvent the broader issue of secrecy of correspondence. As mentioned, sealed postal items can only be opened with consent from a special district attorney and in the presence of a prosecutor, and only when there’s a well-grounded suspicion it contains illegal goods.

“Once we’ve established a system that can detect illegal substances with great accuracy, getting consent will also become easier. Or, taking it one step further, we may not even need to open letters anymore — we’ll already know they contain drugs just by analyzing them.”