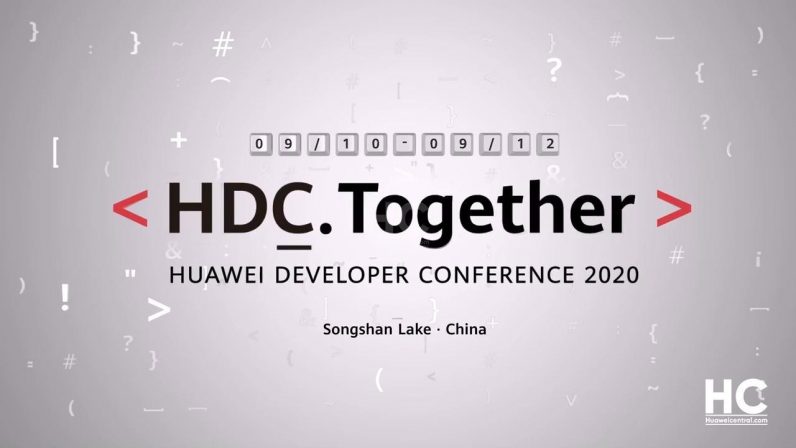 We’re now just one day away from Huawei’s annual developer conference, HDC 2020. Aside from the usual developer fare — including breakout sessions in fintech, gaming, ecommerce, and travel & navigation — we’re expecting a handful of hardware announcements, as well as the latest developments on HMS Core 5.0, HarmonyOS, and EMUI 11. HDC will take place from September 10-12 at Huawei HQ in Shenzhen, China, and you can watch the official live streams on the HDC page here.

We’ll also be liveblogging the event tomorrow starting at 9 am CEST, so check back in for our reactions to the announcements as they unfold.

Here’s everything we know so far.

At HDC, Huawei will be unveiling a number of new software announcements, including how it’s accelerating the development of its intelligent operating system, HarmonyOS, and will announce the latest on its HMS Core 5.0 open capabilities. For the budding developers amongst you, they’ll showcase how HMS Core 5.0 will help to bring Huawei’s leading hardware capabilities to devs. Huawei will also be discussing the latest release of EMUI 11 for its Android phones.

Day two kicks off with a deep dive into more topics including gaming, travel, ecommerce, and fintech as part of their tech sessions.

Also in the lineup are HMS Core, Huawei’s mobile service framework, and how Huawei is helping transportation devs create the disruptive, and more convenient, travel services of the future.

We can also reveal two of the big hardware announcements.

The first is the FreeLace Pros, a sequel to last year’s FreeLace wireless-ish earphones. These aren’t exactly earbuds, and they aren’t exactly wireless. They do have a wire that wraps around the back of your neck, connecting both speakers to onboard audio controls that double as a USB-C charging port. But I guess we can give a pass on the “wireless” claim, as you don’t need to physically tether them to your device.

This year’s iteration seems to have an increased focus on in-ear fit, which should make them a more comfortable offering than last year’s. We should see gesture controls, as well as the control panel used to operate its predecessor. Huawei’s FreeLace Pros are also likely to offer noise cancelation, something a few have noted due to the dual microphone design.

Saving the best for last, the battery life should be extraordinary, with a reported jump from 18 to 24 hours.

Based on the information we have, these seem to be both slightly cheaper and much improved over the original FreeLace earphones. With a larger driver, better battery life, and noise-canceling technology, I’m most curious to see how these stack up against Huawei’s already excellent FreeBuds 3.

This one seems to take aim at both Fitbit and Apple, with a low-cost alternative to both that’s designed to work seamlessly with modern Android devices. It’s not Huawei’s first smartwatch, though it’s the first that looks like offerings from the competitors mentioned. Previous versions featured circular screens.

On looks alone, it seems to be a steal. Watch Fit features a 1.64 inch 456 x 280 OLED with 326ppi pixel density. If the on-screen image is anything like the Watch GT 2e, it’s likely to launch to rave reviews. The always-on watch face is similar to those we’ve seen in the Apple Watch for the past couple of years, though we’re hearing reports of a 180mAh battery that lasts up to 10 days during normal use, or 12 hours with GPS tracking. This would significantly outshine the 18 hours you’ll get with current Apple Watch models.

Onboard, you’ll find an optical (PPG) heart rate sensor that records your heart rate 24/7, and even calculates oxygen saturation. We’ll see 96 workout modes, and over 200 watch faces to boot.

So what’s the catch? Well, we don’t have all the details yet, but if it’s going to offer most of what draws people to its most popular competitors, and at a cheaper price, it’s going to have to cut corners somewhere. From what we know so far, we can report that the Watch Fit’s housing won’t be made of steel or aluminum, but “engineering plastic,” which should help to keep costs down while also providing a lighter wearable that tips the scales at around 34g — as opposed to 47g for the Apple Watch Series 5 and 38g for the FitBit Versa 2.

For most, this shouldn’t make a bit of difference, though the lightweight design could convert those used to toting around larger competitors.

That’s the end of the confirmed announcements, but we can speculate a little about what else we might see. Details are a bit light, but we can glean a little information from a recent tweet from Huawei:

The date is set.
We can’t wait to see you at our upcoming HUAWEI Seamless AI Life New Product Launch – taking place on September 10th.
Join us as we unveil a collection of new and exciting hardware and more!#ComingSoon #HDC2020 #StayConnected pic.twitter.com/NfByJgvajh

Granted, this is purely speculation, but the image would seem to confirm the two announcements we’re already sure of: FreeLace Pro earphones, and the Watch Fit smartwatch. Both, in fact, have seen “soft launches” in some regions already.

What’s interesting though, is the inclusion of a PC in the tweeted image. It suggests we might see the first PC with the rumored HarmonyOS 2.0, something the company teased last month in a series of cryptic images on Weibo. Again, we can’t confirm this, but the pieces would seem to fit.

Speculating again, I’d expect any Huawei PC, at this point, to have a small form factor — continuing the trend of Huawei’s ultra-thin portable lineup — with industry-leading battery life.

HDC 2020 is set to kick off tomorrow, September 10, at its Songshan Lake headquarters in Shenzhen, China at 9am CEST. We’ll be covering all of the announcements here at TNW, so be sure to check in for our up-to-the-minute event coverage.