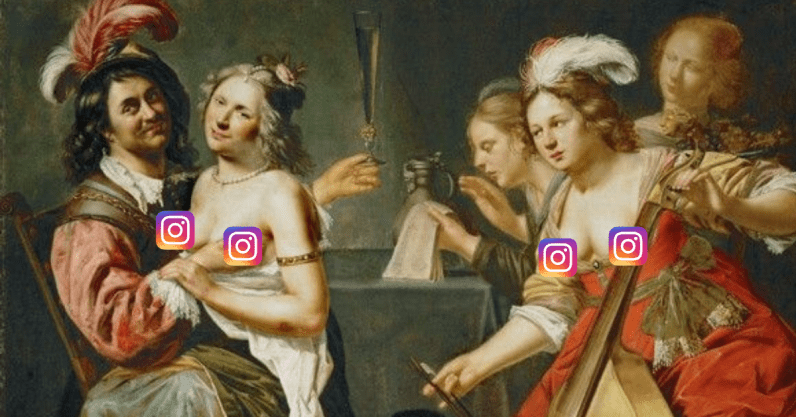 Over the past year, social networking platforms Facebook and Instagram have made it almost impossible for NSFW artists to exist on the platforms — from banning any discussion around “sexual preference,” “sexual roles,” “breasts,” and “buttocks” to the tech giant’s latest stunt in restricting solicitation that involves “sexual emoji or emoji strings.”

As reported by the BBC, APAG’s president, Alana Evans, said: “I should be able to model my Instagram account on Sharon Stone or any other verified profile, but the reality is that doing that would get me deleted. They discriminate against us because they don’t like that we do for a living.”

Even when models don’t show nudity or write anything that the platform considers NSFW, the union pointed out various cases were accounts were censored despite not violating any of this site’s community guidelines.

My minds blank, this wasn’t even up for a minute pic.twitter.com/94CmFSI2yR

As a platform that blocks the phrase “men are trash,” yet allows “women are trash” on its platform, it should come as no surprise that Facebook and its subsidiary company Instagram don’t celebrate women taking ownership of their own body.

“But when Rupi Kaur posts a photo of her fully clothed in bed with a period stain she is censored… what message does this send? It tells me that we live in a male-dominated world that doesn’t want the status quo changed, where media allows commodification of women but keeps censoring their bodies when they take ownership of it,” Lust added. “What stops any men from doing this in real life if this is the message social media keeps sending out?”

In recent months, campaigners have called out the platform for “excessive censorship” after pole dancer and blogger “Bloggeronpole” had her posts censored and restricted from ‘search’ for containing ‘#poledancing’ and ‘#femalefitness.’ Although Instagram later apologized and changed its policy around censored hashtags, it continues to block or restrict tags that may be used to share content in violation of its guidelines.

“Celebrities keep their pictures, but we can’t even post a video of us working out in a bikini,” Bloggeronpole told the BBC. “If you are using your body in one way or another, even for education or to promote body positivity, you can’t do it anymore because of the way social media is being run.”

If social media continues to purge NSFW accounts and take control of people’s sexual expression, the future looks bleak. Also, Instagram is missing out on an opportunity to facilitate and support important conversations — particularly as discussions and notions of sexuality are becoming more nuanced as time moves forward.