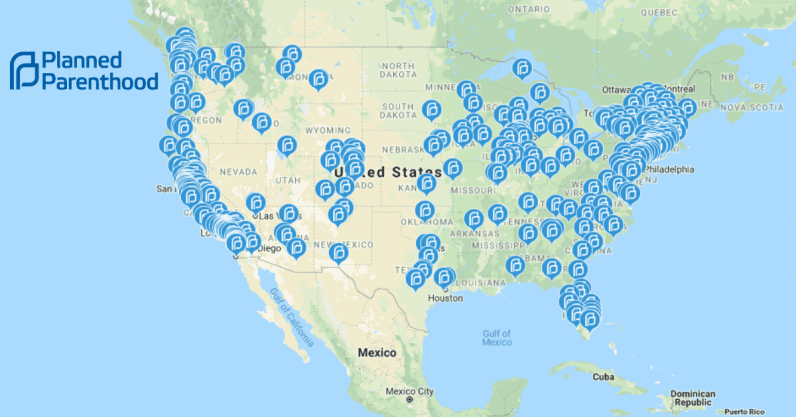 Over the past year, women’s access to abortion and reproductive resources in the US have been continually threatened by lawmakers denying women the choice to decide what happens to their body. As reported by The Cut, there have been 26 anti-abortion bills passed in America, including Alabama, where last month, a federal judge temporarily blocked a near-total ban on abortions going into effect this week.

Planned Parenthood, a sexual and reproductive healthcare organization, found that the most-searched phrase on its website was “abortion near me,” and in response, it launched a new tool called the ‘Abortion Care Finder’ on Tuesday. The tool sets out to provide more information for women and to help them find a nearby clinic.

Available on both mobile and desktop, the tool works by asking users their location, age, zip code, and how far developed their pregnancy is. It then provides healthcare options, including their nearest Planned Parenthood clinic. If a user lives more than 60 miles away from the nearest Planned Parenthood clinic, the app will refer users to a map created by the National Abortion Federation that includes independent providers.

Since abortion-rights differ between states, the app takes into consideration the users location. For example, it will give users additional information regarding gestational limits, whether parental consent is needed, mandatory waiting periods, or if the procedure requires multiple visits.

Planned Parenthood’s app is not only providing women with reliable information, it’s also safer. In May, Google announced plans to crack down on misleading advertisements from anti-abortion groups that present themselves as abortion clinics online. In the tech giant’s initial update, it changed its “Healthcare and medicines” policy after numerous allegations that it provided $150,000 in free adverts to an anti-abortion group known for running misleading ads designed to discourage women from terminating their pregnancies.

However, a report from the Guardian found that Google’s policy has a loophole which allowed anti-abortion centers o continue posting misleading ads because the disclaimer is only applicable to searches containing the word “abortion.”

Instead of Googling sensitive queries about abortion, Planned Parenthood provides a safe platform where users can trust the information they’re reading to ultimately decide what they want to do with their bodies — which should be every woman’s right.

Read next: How to see the brightest constellations in your own backyard