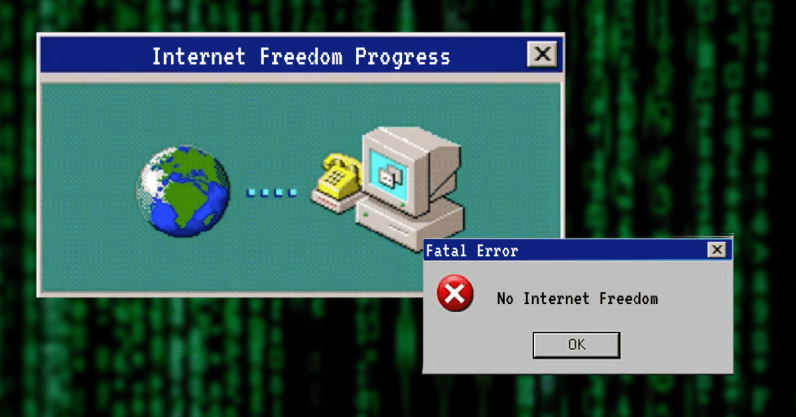 Social media started off this decade as an innocent tool to share ‘what’s on your mind’ and stay in touch with loved ones. But as the years have passed social media’s darker side has become so obvious that even the employees of the biggest platforms have begun protesting their policies (or lack thereof).

A new study published by Freedom House — a Washington-based pro-democracy group — has also dealt a blow to social media as a whole as it finds it the main reason for declining internet freedom in the world. The research notes that freedom is under siege as some governments are weaponizing social networking platforms to manipulate elections, apply censorship, spread disinformation, and monitor its citizens.

The report titled “Freedom on the Net 2019: The Crisis of Social Media” was published yesterday and included an analysis of 65 countries — including China, Russia, Kazakhstan, and Zimbabwe. Of those countries, researchers found that half showed an overall decline in their internet freedom score, while only 16 registered “improvements.” Freedom House concluded that global internet freedom has declined for the ninth consecutive year.

The research found that the majority of countries are affected by advanced social-media surveillance programs, with authorities in 47 countries arresting people for political, social, or religious speech online.

Adding to this, currently, there are over 3.8 billion people in the world who have access to the internet and 71 percent live in countries where it’s possible to be arrested or imprisoned for posting political, social, or religious content on the internet.

As reported by Bloomberg, Adrian Shahbaz, Freedom House’s research director and author of the study, explained how techniques currently used by countries to spread disinformation and monitor speech online will inevitably continue to evolve as new technologies become more readily available, such as artificial intelligence. “Advances in AI are driving a booming, unregulated market for social media surveillance,” Shahbaz said in the research.

Weaponized misinformation from political parties is now a global problem

Last month, a study by the Oxford Internet Institute found that since 2017, organized social media manipulation has more than doubled with at least 70 countries known to be using online propaganda to manipulate mass public opinion, and in some cases, on a global scale.

Both studies agree that China is the leading country in spreading global disinformation, labeling it as a “major player” and as the worst abuser of internet freedom.

According to the Oxford Internet Institute, this is one of the most significant developments in the past year because until the protests in Hong Kong this year, most evidence of Chinese online propaganda was found on its own ‘in-house’ apps, including WeChat and Weibo. However, the country is now using global platforms like Facebook, Twitter, and YouTube to spread disinformation which the study notes “should raise concerns for democracies.”

Freedom House found that Iceland is the leading country in internet freedom, as it registered no cases against people for online expression over the last year, and maintains strong protections for users’ rights online.

“The future of internet freedom rests on our ability to fix social media,” Shahbaz said. As most industry leading tech companies are based in the US, the report says solutions must come from the US. Researchers recommend that the US “must take the lead in rallying defenders of the open internet to fairly regulate technology that has become a necessity for our commerce, politics, and personal lives — there is no time to waste.”

Read next: Science can’t explain consciousness — but panpsychism might crack the mystery