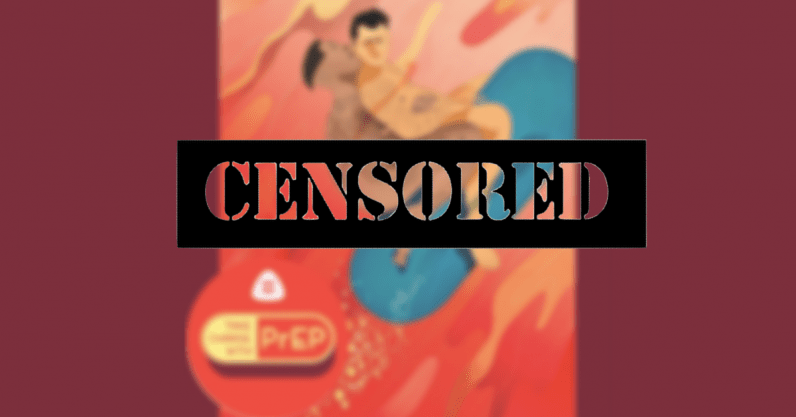 Last week, Mark Zuckerberg and Congresswoman, Alexandria Ocasio-Cortez (AOC), went head to head during  a hearing where Zuckerberg defended his right to allow political ads on his platform — even if they contained lies. “I just think that in a democracy people should be able to see for themselves what politicians are saying,” Zuckerberg said during the hearing. “People should make up their own minds about which candidates are credible and which candidates have the kind of character that they want to see in their elected officials.”

However,  it seems that preventing people of color from queer communities from contracting HIV and AIDS is too controversial a topic for Facebook and its subsidiary company, Instagram.

Apicha Community Health Center — a NYC-based community healthcare center that offers medical services to minorities, including Asians and Pacific Islanders (API), LGBTQ+ people, and those living with and affected by HIV/AIDS — hoped to run an ad campaign promoting awareness about PrEP, a drug which had been proven to reduce the risk of HIV transmission. The educational campaign was rejected by the tech giant because it “hadn’t been authorized to run ads about social issues, elections or politics,” according to Vice.

Since PrEP was introduced and approved by the FDA in 2012, its proven to be a success. New cases of the virus have dropped by 31 percent in New York City for all communities except Asians and Pacific Islanders. This is where the Apicha Community Health Center hoped to spark change through its paid advertisements on Instagram. However, speaking to Vice, Phillip Miner, Apicha’s Director of Grants and Communications said: “They said the copy was the problem but were unable to tell us what part of the copy was too political.”

Apicha’s initial plans to promote education around PrEP on social media involved targeting API men in NYC and becoming more visible to folks that don’t already follow them on Instagram. The campaign, which is visible on the healthcare’s Instagram account, featured artwork and interviews by queer API artists, who discuss stigma, representation, and their personal experiences with taking the HIV preventative drug.

“What I remember is being raised in a way where if we didn’t talk about something, then it didn’t exist. And so I wonder if taking this pill challenges that way of thinking & uproots or subverts that denial.” Read our interview with queer API NYC-based artists who created artwork that reflects their relationship with PrEP, stigma, and representation. Visit blog.apicha.org. #PrEPAware #prepawareweek Art by: @marcoschinart

This kind of censorship that Apicha is facing is all too common for  the likes of sex workers, NSFW artists, and sex toy companies wanting to promote their work online. Platforms such as  Facebook and Instagram could be easy tools for organizations to use and reach their audiences, but with strict censorship — that’s only getting even stricter — it’s become just another hurdle that  sex-positive and LGBT+ companies must work around.