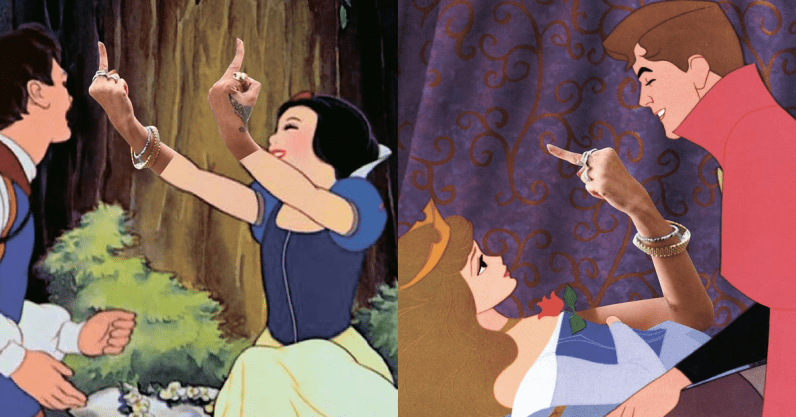 When you break down classic Disney movies, they usually have very problematic undertones. I mean just look at Ariel, the red-headed mermaid, from The Little Mermaid who was more than willing to give up her voice for a man. Not to mention how Kiss The Girl, a song about Prince Eric and Ariel’s sexual tension, argues that consent isn’t necessary in the lyrics — “There is one way to ask her / It don’t take a word / Not a single word / Go on and kiss the girl.”

But Disney has also been progressive in many ways, from its new adaptations of movies to how the production company is moving away from Prince Charming-type story lines. Disney has now taken a step further to improve its representation by turning to AI, using “GD-IQ” — a tool that reviews scripts to spellcheck gender bias.

The tool was developed by Oscar-winning actress, Geena Davis, the founder of the Davis Institute on Gender in Media, a research-based organization which aims to educate creators and audiences about the importance of eliminating unconscious bias in the entertainment industry. Using AI, Davis’ company created the gender-bias tool called that analyzes scripts to pick up any gender bias, it counts the number of male and female characters and then evaluates whether the breakdown is representative of the actual population.

In a keynote speech in New Zealand earlier this year, Davis pointed out how this tool wasn’t designed to “shame and blame” screenwriters and filmmakers, but instead it’s to raise awareness of the unconscious bias lying in between the lines of scripts.

“Nearly every sector of our society has a huge gender disparity, particularly in leadership positions,” Davis said during her speech. “So how long is it going to take to correct that, to reach parity? No matter how hard we work, we can’t snap our fingers and suddenly half the corporate boards are women. It’s going to take a long time to make some of these changes.”

While it’s a promising step towards diversity in entertainment, this tool shouldn’t have the final say at the end of day around what passes the representation test. Instead, hiring more women, people of color, and those from minority communities would provide a more accurate analysis of how characters like them should be represented to reflect real lives.

Read next: Don't be that person with 1,000 Gmail notifications, tame your inbox with Clean Email