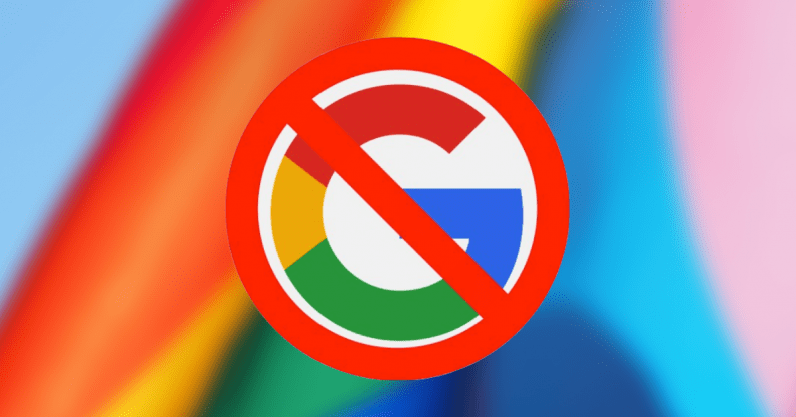 Google’s LGBTQ+ employees are petitioning to remove Google as a sponsor from San Francisco’s Pride celebration this weekend. As reported by Bloomberg, the search engines’ employees published a petition on Medium addressed to San Francisco Pride’s board of directors.

In the post, it explained: “We, the undersigned, employees of Google (and related companies YouTube and Alphabet), urge you to revoke Google’s sponsorship of Pride 2019, and exclude Google from representation in the San Francisco Pride Parade on June 30th, 2019.”

This came days after Google banned its staff from protesting YouTube under the company’s name and on their sponsored float during Pride. The tech giant pointed out it would be in violation of the company’s code of conduct. However, employees are allowed to peacefully protest YouTube or Google in other parts of the Pride parade, just not in their capacity as employees.

Google’s LGBTQ+ employee community, the Gayglers, had been petitioning to remove the company’s sponsored float from this weekend’s parade, arguing YouTube did not do enough to protect the LGBTQ+ community — but now almost 100 employees want Google removed from this weekend’s celebration altogether.

“Whenever we press for change, we are told only that the company will ‘take a hard look at these policies,’” the employees wrote. “But we are never given a commitment to improve, and when we ask when these improvements will be made, we are always told to be patient. We are told to wait. For a large company, perhaps waiting is prudent, but for those whose very right to exist is threatened, we say there is no time to waste, and we have waited too long, already.”

The petition also notes if Google are not removed, it “will issue a determination, absent a real change in these policies and practices, and a strong position statement to that effect, that Google will not be permitted to sponsor or be official represented in future San Francisco Pride celebrations.”

Talking to The Verge, San Francisco Pride confirmed it will not remove Google from its celebrations this weekend. “In the spirit of community and growth, we confirm Google as a continued participant in the 2019 SF Pride Parade. Together as a community we will continue our progress, and together we will protect our hard-won civil rights victories.”

Internal frustrations at Google came after Vox host Carlos Maza tweeted a thread exposing several instances in which right-wing YouTube commentator Steven Crowder made homophobic and racist comments about him on YouTube.

In response to this, YouTube conducted an investigation, and initially said Crowder did not violate any of the video-steaming’s policies. Later, the social platform tried to unsuccessfully curb the backlash by removing ads from Crowder’s videos — a process known as demonetization.

With YouTube and Google branding themselves as LGBT supporters, it begs the question if brands should ever show their support for causes including Pride, when in reality, it isn’t always as authentic as we’d hope — at least not when it reflects badly on their bottom line.