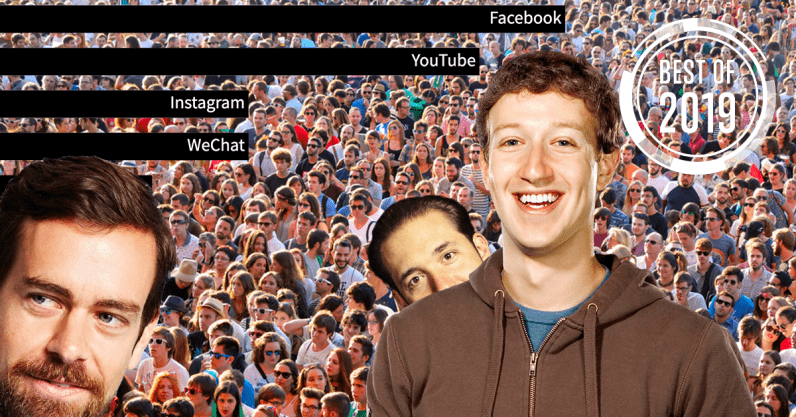 Considering social media’s global impact (hello Trump and Brexit), it’s strange to think just how young the medium is. Hell, before the early 2000s, if you wanted to reconnect with a long-lost friend, you’d have to go full detective to find their contact details. But nowadays? You just need to whack their name in Facebook (or, heaven forbid, LinkedIn) and they’ll pop right up.

The dominance and influence of the current crop of social media platforms also tends to distort our memory. It’s hard to remember a time when Facebook wasn’t a behemoth – but it did exist and wasn’t all that long ago.

With this in mind, we wanted to bring some balance back into the world of social media the only way we know how: by producing a kick-ass graph that shows the number of monthly active users on each platform over the past 16 years.

In other words, we created a bar chart race to find out the most popular social media networks of all time.

Wow, how did you get all this data?

We pulled data from annual (or quarterly) reports of companies that made their numbers public, but also estimated here and there to get appropriate figures. Basically, the above is a bit of fun, not gospel data on which to make complicated business decisions.

So, what did you learn?

Firstly, I had no idea how old LinkedIn is – that damn network has been around since the beginning. We also talk a lot about MySpace’s fall from grace, but the creators of Friendster must be kicking themselves at losing such a big market share.

I was also surprised that Google Buzz (remember that?) was the third most popular social network for a year or two – what a world.

That’s just scratching the surface though, I’ve watched that social media bar chart race multiple times and always find another interesting nugget. One thing’s for certain, judging by how many times the top spot changed hands over the past 16 years, none of the social media giants should be resting on their laurels. Really, anything can happen.

Read next: Jack Dorsey told us about Square's plan to help refugee entrepreneurs