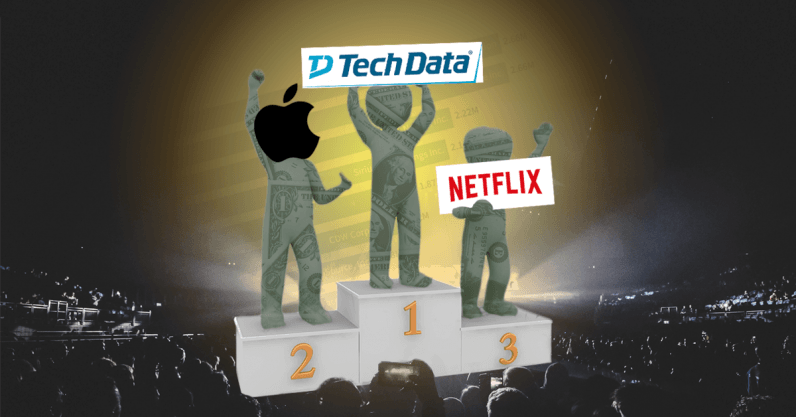 If you’ve ever wondered how valuable a company is — or in other words, its capacity to bring in revenue, as well as what its assets are worth — the most common way to do it is to look at its market capitalization. It’s the result of a company’s historically reported and expected — by the company itself and the outside world in the form of analysis and speculation — financial performance, further influenced by broader industry and market movements, and general economic conditions, trends, and sentiments.

A wide array of metrics are being used to compute a company’s true or intrinsic value, such as revenue, expenses, net income, profit margin, dividend, debt, and equity. Still, all of them are the result of a company’s efforts. If you drill down to the core, a company thrives on three things: a product or service, a team, and its so-called ‘moat’ (competitive advantages).

We’ve decided to drill down on the human factor and study which Nasdaq- and NYSE-listed tech companies‘ employees drive the most revenue in a year, thus being the most valuable human capital in this sector. Revenue was chosen as the key metric here, as it’s the direct result of workers’ efforts, and can be attributed to a set period as opposed to the market cap which takes potential future operations and performance into account.

So without further ado, here are the top 20 tech companies with the most revenue generated in 2018 per employee (the article continues after the graphic):

You probably haven’t heard of the winning company in this list, as its less of a consumer-facing one. Tech Data is one of the world’s largest technology distributors, helping companies like HP, Apple, Cisco, Microsoft and many others to bring their hardware devices and software applications to market.

With ‘only’ 14 thousand employees globally, and a revenue of $37.2 billion in 2018, their average staffer is responsible for an astonishing $2.66 million in annual revenue. Apple’s average trails behind that of Tech Data by just $4,000 less in yearly revenue.

Despite having an enormously large workforce ranging between 40,000 (Facebook) and 100,000 (Apple, Alphabet) employees, Apple, Facebook, Alphabet (Google’s parent company), and HP still manage to reach the top of our list due to their equally astronomic revenue streams, ranging between $55 billion (Facebook) and $265 billion (Apple). Netflix has the smallest workforce among the top three. With just over 7,000 employees globally it managed to generate almost $16 billion in revenues.

To the contrary, vacuum cleaning robots producer iRobot and online dating giant Match Group (Tinder, Match.com) managed to hit the top of the list with just 1,000 to 1,500 employees.

Many of the lesser known names in this list have a business-to-business model. Tech Data, CDW Corporation, ScanSource, Avnet, and PC Connection all distribute technology to companies, governments, and educational organizations.

Broadcom focuses on semiconductors (which are used in microchips) and technology infrastructure software. SBA Communications owns, manages and leases telecommunication towers. Insperity provides human resources and business solutions designed to improve companies’ performance. ePlus is in the business of IT assets selling and financing.

An exception among the lesser known names is Yunji, a rapidly growing, subscription-based social ecommerce platform in China. It only IPO’d earlier this month.

Notably, only four of the top 20 companies predominantly rely on manufacturing hardware products, namely: Apple (you know what it makes), Broadcom (chips), HP (computers), and iRobot (domestic and military robots).

Software, media, and service providers reign and expectantly will increase their dominance in the coming years due to their ability to keep labor and delivery expenses low.

Tech vs other industries

Finally, how does the average revenue per tech worker compare to those in other industries? According to a 2017 report by Craft, the energy sector yields the highest revenues per employee, followed by the financial industry, healthcare, utilities, and then tech.

This might be explained by the sheer number of publicly listed tech companies, which negatively influences the average. In contrast, the other leading industries seem to have fewer companies publicly listed, and don’t warrant the creation of a dedicated exchange.

Read next: How to remove hiring bias through gamification