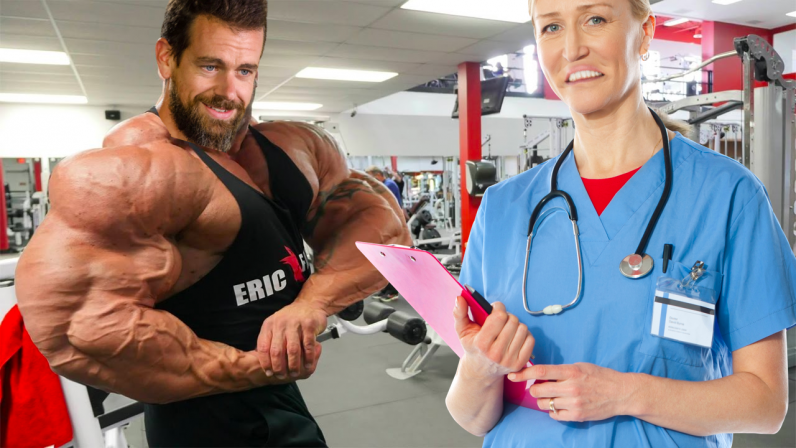 Jack Dorsey is a polarizing figure. Usually, the criticism is centered on how he runs Twitter. Last week, however, was different. Attention shifted from the usual fare – the ever-pervasive issues of the alt-right and harassment — to a completely different matter: Dorsey’s unusual diet.

According to a piece in CNBC, Dorsey follows a highly calorie-restricted regime during the weekdays, limiting himself to just one meal — dinner.

Dorsey’s sole meal is consumed between the hours of 6:30PM and 9PM. It’s an unambiguously low-carbohydrate affair, and consists of a protein (typically chicken, steak, or fish) along with some green vegetables, like salad, spinach, asparagus, or Brussels sprouts. For dessert, Dorsey has mixed berries or dark chocolate. The Twitter and Square founder is also said to enjoy the occasional glass of red wine.

The CNBC piece also reports that on occasion, Dorsey has taken part in weekend-long fasts, consuming only water from Friday evening to Sunday night.

Dorsey is also said to walk the five-mile journey to work (which takes him one hour and fifteen minutes), perform high-intensity workouts on the days he works from home (he uses the fitness app Seven), and works from a standing desk.

Of protein and pinotage

Eating just one meal per day is a somewhat extreme diet. It’s almost certain that Dorsey runs a constant calorie deficit, given the average sedentary man between the ages of 31 and 50 (Jack Dorsey is 42) burns between 2,200 and 2,400 per day. Although very low-calorie diets are beneficial in some cases (a Newcastle University study showed that, when strictly adhered to, a diet limited to 600 calories per day can reverse type-two diabetes), that’s unlikely to apply in this scenario.

In the aftermath of the CNBC article, many people speculated that Dorsey might be suffering from an eating disorder. I’m not going to do that, because it’d be hugely inappropriate. The only people who should diagnose medical conditions, in my view, are doctors.

However, I recognize that many may be tempted to try and recreate Dorsey’s austere diet. In the CNBC post, he’s quoted as saying it improved his focus and sleep. That could be highly advantageous for founders and engineers looking for an edge. With that in mind, I asked one of the UK’s leading dietitians for his expert opinion on the potential risks and perks of limiting yourself to just one low-carb meal a day.

The strange benefits of starving yourself

Rick Miller is the Principal Dietitian at King Edward VII’s Hospital in London – the preferred medical facility of the British royal family. It’s regarded as one of the best hospitals in the UK.

Speaking to TNW, Miller explained that fasting – both intermittent and extended – is nothing new. Religious devotees have used it for millennia as a sign of their faith. Think about Muslims observing the month of Ramadan, or Catholics observing the “black fast” during the period of lent. It’s only recently that fasting has become popular for health reasons.

“For purely keeping the weight off, intermittent fasting or extended fasting is another way of reducing calorie intake, which is the only way to lose body fat,” Miller said.

The definition of intermittent fasting is broad and ranges from skipping meals for more than eight hours, to consuming massively shortened meals. Similarly, the term “extended fasting” can encompass a lot of things, including avoiding food for 16 hours or more, having just one meal a day, or skipping meals for several days.

Miller explained the benefits of fasting include keeping insulin levels very low, while simultaneously raising the levels of ketones in the blood. Ketones are a by-product of burning fat.

“The combination of these two phenomena may explain why people report they don’t feel as hungry when fasting versus conventional lower calorie diets,” Miller explained. “Certainly, Jack Dorsey appears to be no exception to this.”

However, you don’t need to fast to get these advantages. Lower insulin production and ketosis can occur by eating a diet that’s low in carbohydrates and contains moderate levels of fat and high levels of protein.

Don’t try this at home

Fasting isn’t without its risks, however. Miller expressed concerns that people who skip meals could miss out on several key nutrients. “My first concern with intermittent fasting is what people choose to eat when they do ‘break (their) fast’ and eat,” he said.

“If you start skipping meals, the meals you do eat need to be carefully chosen and supplementation will [be] needed in most cases to prevent nutritional deficiency. I’d be worried about someone just fasting and not having their diet appraised by an expert beforehand.”

For what it’s worth, Dorsey says he takes a multivitamin supplement each day, along with a “a lot” of vitamin C.

Miller also worries about “re-feeding syndrome” – a potentially fatal condition which occurs when someone starts eating after a period of fasting.

“The risk of this condition typically starts to become real after a few days of fasting – we see this in patients with eating disorders who have not eaten for days or have become malnourished as a consequence of another condition. Without carefully controlled reintroduction of food after prolonged fasting, the sudden surge in various hormones can cause major metabolic disturbance of the body and cause, in worst case scenarios, heart attacks,” he said.

Miller explained that he regularly sees more clients who are fasting for several days without understanding the risks involved. In his opinion, prolonged fasting, like Dorsey’s weekend-long fasts, shouldn’t be conducted without careful medical supervision.

Jack Dorsey is hugely influential. It wouldn’t surprise me if, after reading CNBC’s piece, some people decided to try and replicate his unusual diet. As we learned from Miller, there are some potential advantages to fasting, ranging from weight loss to a suppressed appetite. But there are also some risks, too.

Your body could end up missing out crucial nutrients. In some cases, as pointed out by Miller, you could cause serious — perhaps fatal — harm to yourself. Before you try any crash diet, you really should speak to a qualified medical professional.