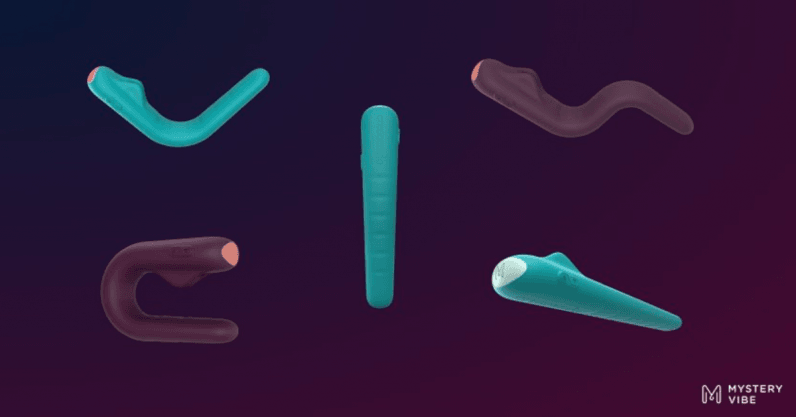 In an industry traditionally dominated by men, it’s only now we’re seeing a shift in the sex tech industry with more women making innovative sex toys. Historically, the lack of female influence in the creation of pleasure products led to toys having a “male gaze.” But now, the industry is seeing new female-centric technologies emerge that not only focus on female stimulation, but also address issues that have been ignored for decades.

Dominnique Karetsos, the CMO (Chief Marketing Officer) of MysteryVibe, a company that invents personalized pleasure products, has fully immersed herself into the world of sex tech. Described by “Women of Sex Tech” as “instrumental in shaping the next generation of sex tech,” Karetsos sits on several advisory boards of female pleasure brands including, Pureeros, LUWI, and GetMine Healthy Pleasure.

“This industry is important to me on a personal level because I look at the life I want for my daughter to grow up in. I want her to have sex-esteem, self-esteem, and good mental and physical health.”

“The benefits [of using sex toys] can be physical, emotional, psychological, intellectual, and socially. From connecting with our bodies through touch in a positive associative way to the string of hormones experienced in our bodies and brains, oxytocin being the most common one we know — the natural love drug.”

Because of the shameful taboos surrounding female sexuality, technological innovation and advancement on sexual health is often overlooked and unexplored. Karetsos explained: “Sexual health is so often seen as having a sexual disorder such as STI’s or preventing pregnancy rather than harnessing technology and improving women’s wellbeing in sexuality.”

“10 years ago, we spoke about meditation and mindfulness, and today it’s apart of many people’s lives, whether that’s yoga, walking, or taking time out. But in this equation, pleasure and sexual health are becoming part of the same wellness movement.”

In the past, sex toys were something people associated with buying down a dark alley or at a blacked out store. They were made to look like penises, something the industry assumed women wanted to have. They were typically flesh colored and focused more on penetration than stimulation, something that’s a focus for companies like MysteryVibe.

With time and female leadership, innovation and aesthetics were applied and toys are now seen as beautiful and “Instagrammable.” Karetsos saw attitudes towards female stimulation start to shift when pleasure products were in places like Selfridges and Lafayette: “Dialogues about sex started to take place off and online, taboos broken, myths challenged, and the definition of sex being unravelled.”

But sextech isn’t just about pleasure. It’s technology-driven solutions designed to innovate, enhance, and disrupt areas of human sexuality and experience. While taboos surrounding sex still remain, the industry is currently worth $30 billion – and growing by 30 percent each year.

Technology catering to women’s health hasn’t historically received much venture capital funding, which could have something to do with the fact 92 percent of partners at the biggest VC firms in America are men. Karetsos added: “Women’s health was never on the radar because, in fairness to men, they didn’t think about those things because they couldn’t personally relate to them.”

But things are starting to change as we see a stronger female influence in business making decisions. “Women can question what’s been done about things like menopause or sexual health. Women in those powerful positions are able to put money and intel behind these revolutionary ideas,” Karetsos said.

“Working in sextech is such as empowering opportunity, but it does come with having to strike taboos. Technology is the future of sexual health and it’s really important that we focus on it because with tech, it’s not just the product and solution that’s the greatest part. It’s the technology that busts the doors open and creates a new conversation about sex and sexual health.”

Not only are female leaders creating innovative toys for women, they’re also addressing the shame and guilt that prevents women from pursuing their sexual desires and fulfilling their sexual empowerment. As Karetsos so eloquently puts it: “It’s a time to celebrate women and what we’ve done.

Read next: How women in health, science, and innovation can collaborate globally