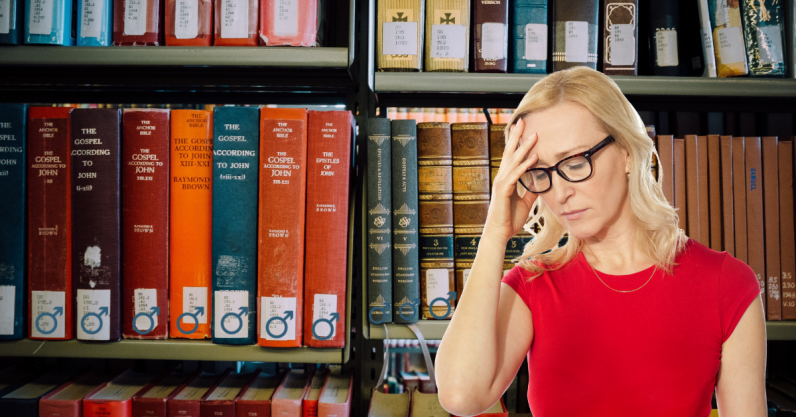 International Women’s Day is a time to celebrate women and all they have achieved throughout history. From women’s silenced influence in creating the internet to the rise of female-founders in tech. But it’s also a time to identify and challenge the societal structure that systemically stop all women from thriving — one of these structures is gendered language and the patriarchal ideas built into it.

One project hoping to change perceptions around everyday, gender-biased language is the “Gendered Project” — a growing library of gendered words in the English dictionary. This tool allows people to filter through its dataset of gendered words to see what words are considered male, female, and opposite-gender equivalent.

Gendered Project is bringing attention to the importance of language and the words we use, particularly the biases and gaps in gendered language. This includes issues like semantic derogation and sexualization — the process in which words take on more negative connotations or denotations. For example, the word “mistress” was once the female counterpart of “mister” but now carries negative and sexualized meanings, which is not seen in its male equivalent.

The creator of this project, Omayeli Arenyeka, an artist and technologist, told TNW: “I saw this process of derogation happening again with the word “slay queen” which is used a lot in my hometown Nigeria.”

Why the “Gendered Project” was created

In 2016, Arenyeka had a thought which lead to the creation of the Gendered Project: “I was talking to my friends about a man I had a romantic interaction with. I used the word ‘fuckboy’ to describe him and then wondered out loud why it took so long for a word that so aptly describes a common type of man to be used in popular culture.”

“I thought of the myriad words that exist to derogatorily describe or shame sexually liberated women and the dearth of such equivalent words for men. I decided to try and create something that would allow us to explore what the English language tells us about men, women, and those who do not fit in those binaries.”

Although women have reclaimed some language meant to demean and subjugate them, it still remains one of the many tools of oppression — this project allows people to explore the imbalance between gendered words. The library gives examples including: the male “bachelor” and “bachelor girl.” In this case, a “bachelor” is “a man of any age who has not been married,” and a female bachelor is “a young woman who lives alone.”

This dictionary shows words that aren’t commonly known to be gendered. For instance “Elector” is a male word meaning “a citizen who has the right to vote.” However, the female equivalent “Electress” means: “The wife of widow of an elector.”

“I was reading Jessica Valenti’s Sex Object and she said: ‘man-hater’ is a word tossed around with insouciance as if this was a real thing that did harm. Meanwhile we have no real word for men who kill women,” Arenyeka said. “So I wanted to be able to explore how it reflects what we think about women, men and those who do not fit in those binaries.”

This project aims to get people thinking about the values and biases that exist in language and to interrogate the gendered words they use and why. Arenyeka explained: “On a larger level, The Gendered Project hopes to provide data to use in our ongoing dialogue about the patriarchy and how it permeates every facet of our daily lives.”