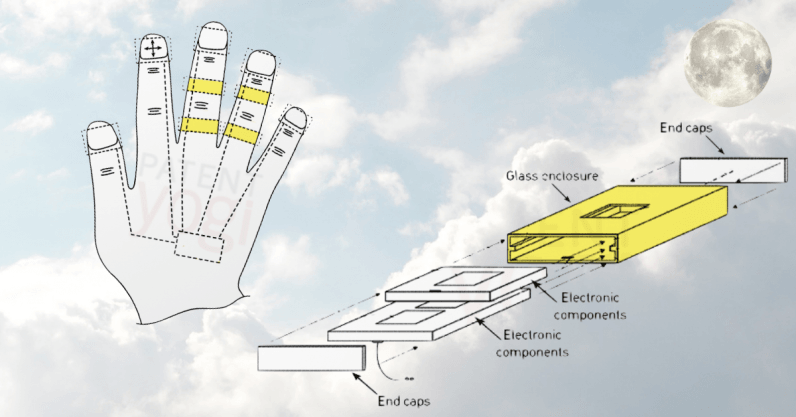 Ugh, the Gregorian calendar is so boring. That’s why we’re disrupting monthly series with a lunar cycle-based series about the best patents of the last synodic month, picked by the PatentYogi team. Get ready when that moon gets gibbous, y’all. This January-ish roundup lands on the awe-inspiring Wolf Moon!

Since my last post, the US patent office issued over 25,433 patents and published over 29,543 patent applications. Each patent asset adds a little something new to the human knowledge base. As I cannot list all these patent assets here, the PatentYogi team and I have selected the five most interesting patent assets. Enjoy!

Imagine never having to manually clean your car again, or taking it to a car wash for that matter. Ford aims to make this reality with its latest patent.

Although the patent mentions using the cleaning drone for cleaning sensors (such as LIDAR sensors) placed on the external body of the cars, nothing is stopping Ford from expanding the capabilities of the cleaning drone to clean the entire vehicle.

There are times when only specific parts of our cars, like windshields, or sensors require cleaning. This drone can take care of such small cleaning tasks. Also, at times when you don’t feel like driving all the way to the car wash, this drone will set about its work saving you some time.

A recently published patent by Google reveals optic fiber highway technology. Google plans to install optical fiber cables along the surfaces of roads using adhesive material which doubles up as the protective layer around the optic fiber cables. The adhesive will have the same color as the road surface to blend into the road. Alternatively, the adhesive may be white in color and it may be used as a shoulder line instead of having to paint the shoulder lines.

Deploying optical cables aerially or underground can be labor intensive and costly. As such, deployment of optic fiber cables on the roads could revolutionize how data is transmitted due to the ease of installation, and the global reach of the technology.

Apple has had an almost unchanged product lineup for quite some time now. But this may change soon with Apple seemingly gearing up for another game-changing product!

A recently published patent from Apple reveals smart rings that are connected with external devices such as smartphones or gaming consoles. The rings include multiple sensors (like force sensors and accelerometers), and haptic output devices. The sensors in the rings capture information on how firmly you press against objects using finger press, finger tap, or finger swipe. A haptic output is then provided to confirm a press, tap, or swipe.

For example, the rings will allow you to interact with a virtual keyboard providing the sensations similar to a physical keyboard. Further, the rings can connect to gaming consoles or computers, and provide joystick-type input only using the movement of fingertips.

This invention could be the next big thing for Apple, and for consumer electronics. Wearable devices have been used to operate other devices, but a device that can seamlessly control different devices with different types of inputs is indeed radical. It remains to be seen how soon Apple releases this groundbreaking product. I’m guessing they will call it “iRing.”

The drones are expected to be used in a wide variety of applications. However, the drones cannot cover large distances without recharging their batteries. If the battery size is increased, it adds to the payload, which in turn reduces the coverage.

A recent patent application from Qualcomm reveals a drone that can potentially fly forever. The surface of the drone is covered with photovoltaic (PV) panels that can convert light energy into electrical energy in order to operate the drone. Further, the drones are able to tilt themselves towards a light source to extract maximum light energy from the light source. For instance, the drone can be operated normally with the PV panels pointing towards the sun during the day time. However, for situations when inadequate or no sunlight is available, the drones can flip themselves and extract the light energy from the light sources placed on the earth surface.

This inverted drone from Qualcomm could solve a major problem with existing drones!

With recent iPhones designs not living up to the hype, Apple may soon need to come up with something entirely novel.  It seems that the Cupertino-based tech giant is going to respond to its critics in a spectacular fashion with a groundbreaking new design for the iPhone XI (hopefully).

Apple seems to be planning to completely alter the designs of its iPhone lineup, and possibly other mobile devices including the iPads. A recently published patent by Apple reveals an all-glass enclosure to make the casings of its devices. All other electronic components, including the display, motherboard, and processor will be positioned inside the enclosure. The glass enclosure will also include radio transparency elements to allow the antennas to be enclosed as well. The glass housing will have a tube-like structure which could be used for easy insertion of electronic components.

This awesome new design could possibly usher in a new trend in phone design. The design is exciting but it remains to be seen how soon Apple implements it.

Look out for the latest lunar cycle-based patent update every full moon. Next up is Snow Moon in late February. See you then!

Read next: Why Guerrilla Games stubbornly built its amazing game engine from scratch