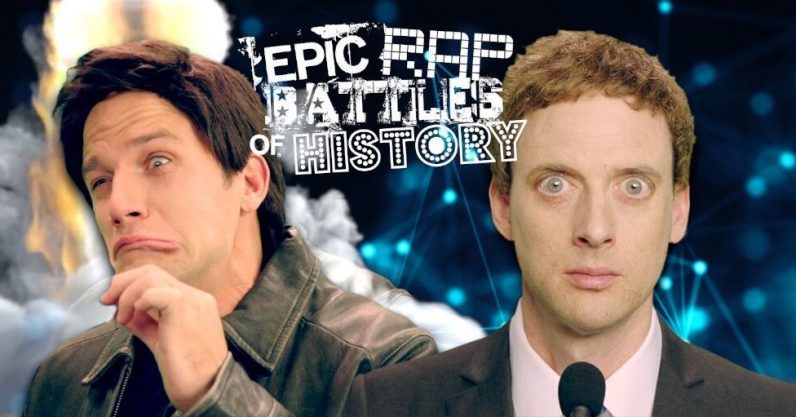 Epic Rap Battles of History just came back triumphant after almost two years of silence, and the opponents in the latest battle are none other than the most infamous CEOs of the year: Facebook’s Mark Zuckerberg versus Tesla’s Elon Musk.

The choice of rivals is not a huge surprise — I’ve been seeing this match-up requested in comments for at least the last year. Series creators “NicePeter” Shukoff (who plays Zuckerberg) and “EpicLloyd” Ahlquist (who plays Musk) had previously said they would be starting the new season next year, but announced they’d be releasing a bonus episode today. The last time the two did an in-between-seasons bonus battle, the opponents were Deadpool and Boba Fett… and that one fucking ruled, too.

It’s gratifying to see how much research Lloyd and Peter have put into the characters’ disses. We won’t spoil their bars here, but Musk takes both the obvious swipes at Zuckerberg’s data hack scandals and his inability to emote and makes reference to some of the lesser-known awfulness in Facebook’s history — even I’d almost forgotten about FaceMash. Zuckerberg, for his part, hits Musk with his refusal to keep his mouth shut on Twitter and his family history (the real Musk would probably agree with the jibes about his father, who he called “a terrible human being” in a Rolling Stone interview).

Besides their knowledge of the characters’ questionable behavior, the guys show they’ve still got it when it comes to writing, acting, and production value. Musk lands on Mars at one point in the battle (and appears to wield the actual Boring Company flamethrower), while Zuckerberg levels the camera with an appropriately creepy, glassy-eyed stare that we’ve all seen on the real man.

I have a feeling that both people who love and detest Zuckerberg and Musk will be able to find common ground in the battle, and now I’m questioning what the hell else Peter and Lloyd could have in store for us next year.