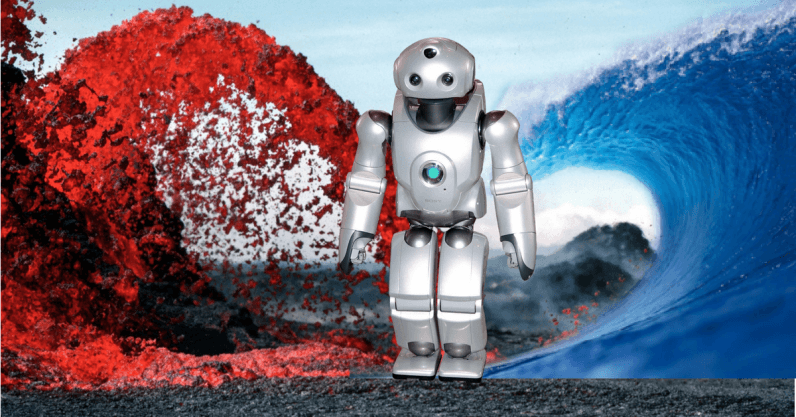 I can never understand how I feel about robots. On one hand, they creep me the hell out:

But then on the other hand, they do work sometimes work for humanities benefit. You know, like recording data on lava flowing into the ocean.

Reported on by Hawaii News Now, unmanned vehicles created by Liquid Robotics are allowing researchers to study the interaction between the volcanic spew and sea water, without danger to human life.

This lava is coming from Hawaii’s Kīlauea Volcano, which has caused, and is still causing, devastation and suffering in its vicinity. You can find more information about that on the USGS site.

The project will last about three weeks and is being undertaken in conjunction with the University of Hawai’i at Hilo, MIT, and the US Geological Survey’s Hawaiian Volcano Observatory. The robots themselves are collecting as much data as possible, including water temperature, oxygen levels, pH levels, underwater acoustics, and more.

Data from this project will help researchers understand the impact of volcanic eruptions on the environment, including on the air quality on the Hawaiian islands.

If you’d like to help out those impacted by the Kīlauea Volcano, Hawaii News Now has a guide here.

Read next: Drug dealers busted by US authorities were relying on Bitcoin for anonymity