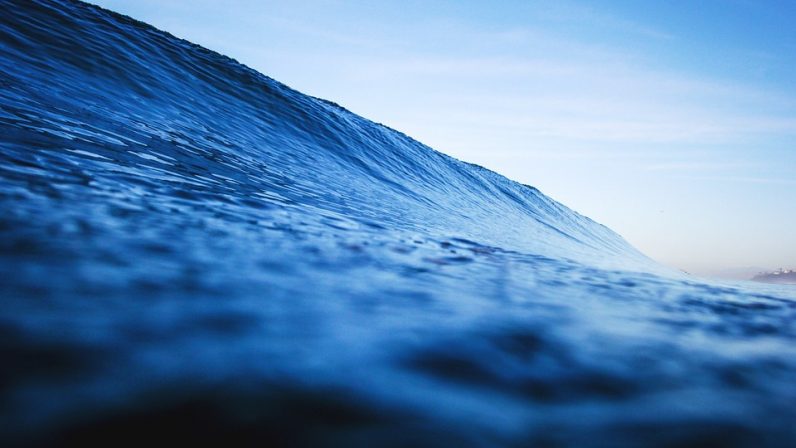 There’s no doubt that tidal power is severely lagging behind other forms of renewable energy like wind and solar power. However, as two-thirds of the Earth’s surface is covered by water, we’d be crazy not to try and harness energy from water that’s continuously in motion.

Given the high costs of creating new technology and the fact that there is yet to be an agreed upon design that works, the tidal energy industry is yet to take off. Germany based company, REAC Energy GmbH wants to change that.

They have developed the StreamCube, a scalable, cube-shaped water wheel that might be what the market has been waiting for to make tidal power commercially viable. The device is similar to the conventional water wheel, only it’s anchored deep underwater and uses currents to produce energy.

The module works using vertical rotor axes that are set in motion by the pressure of inflowing water. Depending on the positioning of the rotor, the blades fold on or off. The StreamCube units can also be lined up or stacked depending on what they are being used for.

Tides are caused by the gravitational pull of the sun and the moon on the ocean. They are regular and predictable and they produce less intermittent energy than wind or solar power. Check out NASA’s visualization of the earth surface currents:

REAC recently completed testing the StreamCube in Orkney with the help of international marine contractors, Leask Marine. This location, off the north coast of Scotland, has become a hot-spot for testing wave and tidal devices. This is because of the many natural tidal currents around the archipelago and its connection to the Scottish grid.

“Our successful testing operations in Orkney has been a further important learning exercise in de-risking and improving the StreamCube to provide cost-efficient tidal energy solution to the market,” explained REAC’s Technical Director, Dr. Ing. Tobias Breitbach in an interview with Tidal Energy Today.

The results from the trial will help REAC finalize the full-scale prototype before it progresses towards commercialization. REAC claim their device has a low cost, is easily transportable and has little impact on the environment, amongst other benefits.

Whilst the costs of setting up a tidal power operation are high, once in place, operating costs are low. Research conducted in 2015 found that if you take into consideration construction, operation, and maintenance costs over a lifetime, the levelized cost of tidal energy works out to be around $225/MW h. This is more expensive than other traditional energy sources; however, as technology continues to improve, the costs of tidal energy will no doubt become more competitive.

If all of StreamCube’s benefits turn out to be true, this might be the turn of the tides for tidal energy. It’s exciting to see yet another innovation harnessing one of mother nature’s infinite resources.

Read next: Learn to craft your own Python-powered network for under $25