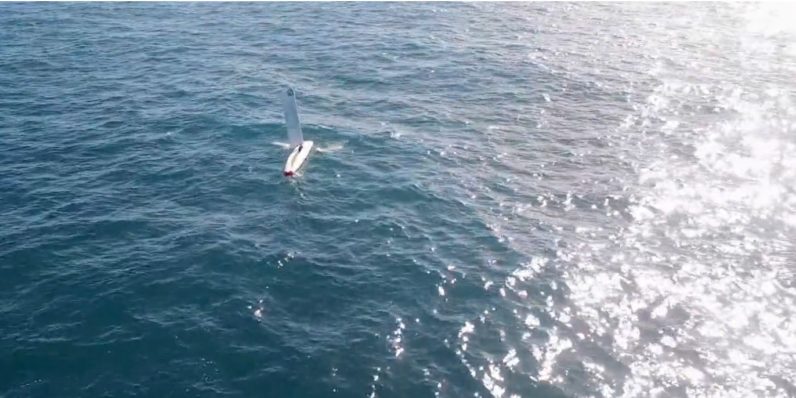 A drone-sailboat-submarine-Bond villain’s wet dream could be the key to getting an unprecedented look at the world’s oceans — and all it needs is sun and water.

The Submaran 10 is a hybrid device created by marine tech company Ocean Aero. It can function both as a sailboat-like water done and as a submarine. Importantly, it doesn’t need any external fuel. It’s powered by the solar and wind power.

An article on FOX News which describes the Submaran focuses on the military applications, but I’m more interested in it’s “civilian” uses — specifically, how it could be used to view the ocean.

The coral reefs are dying, fish are going extinct, and the waters are filling up with plastic. So much of the ocean goes unmonitored, and unseen. With a drone that can go long distances and doesn’t need to be recharged or refueled, you have the opportunity to see the ocean as it’s rarely been seen before.

Suppose you hooked a solar-powered camera up to the Submaran and livestreamed the footage of the ocean? If thousands of people follow Twitter accounts tracking marine predators, I have to believe they’d tune in to see live video of the oceans.

Sure, there’s a strong possibility of it being devoured by a shark, but that’s just an occupational hazard.

Read next: Target is asking for trouble with new Mario Kart-themed stores