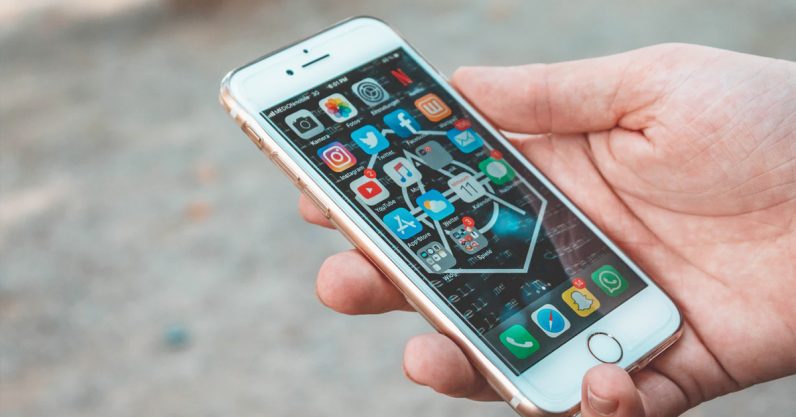 If the coronavirus pandemic has shown us anything, it’s just how much people depend on a few large technology companies. The use of mobile apps and web services has increased significantly in recent years, as people adapted to new ways to stay in touch.

At the same time though, antitrust regulators in the US and Europe have been taking a much closer look as part of a growing desire to investigate the dominance of some large players in the technology market.

One of the issues is the amount of control that platform operators have over significant parts of the economy, and their ability to act as “gatekeepers” to markets in an anti-competitive manner. The EU has recently introduced new legislation to cover online platforms.

Recently there have been a number of significant stories outlining a range of problems that developers have experienced with the Apple App Store in particular. This has led to developers forming a group called the Coalition for App Fairness, which advocates for three key issues to be resolved in Apple’s App Store.

1. Anti-competitive policies and conflicts of interest, where Apple is both the “gatekeeper” to the platform, admitting and setting the rules for third-party apps (such as Spotify), while also providing its own services (Apple Music, for example).

2. Charging 30% transaction fees on app sales and in-app purchases, and preventing developers from using or making users aware of other ways to pay with lower fees.

3. A lack of freedom for users to exercise choice and buy from others, which would allow a free market to settle on transaction fees.

One of the most significant criticisms of the company’s approach to the App Store is that there is no course of appeal available for developers that don’t rest with Apple. Larger companies have been able to negotiate exceptions to the rules, but in this case, the exception appears to apply only to three large tech companies (ClassPass, Facebook, and Airbnb), and not to other independent apps. This risks further exacerbating the concerns expressed by politicians on both sides of the Atlantic, around the dominance of large tech companies due to their influence and bargaining power.

An especially problematic situation arises where Apple is both “gatekeeping” apps, while also running its own competing app – Spotify has to share 30% of each first-year subscription with Apple via the App Store, and 15% of subscriptions after the first year – but Apple’s own competing music subscription service pays no such fee. Apple’s rules also prevent developers from telling users that it is cheaper to subscribe outside of the App Store ecosystem.

Developers are often unwilling to speak publicly about problems with Apple, as their business or livelihood depends on their apps being available on the App Store. Apple’s CEO, Tim Cook, recently assured the US House Judiciary Panel: “We do not retaliate or bully people. It’s strongly against our company culture.”

Still, Epic Games, maker of the phenomenally successful Fortnite had its request for a restraining order against Apple granted in part, as a result of what they argued to be wider retaliation against their actions.

In August of this year, Epic Games introduced a new way to pay for virtual items directly, without Apple receiving a 30% cut of the sale. This meant users would pay less. Apple argued this breaks their developer agreement and threatened to block all of Epic Games’ developer accounts, including those for unrelated products.

While Apple definitely has an argument that the gaming company breached its developer agreement, Epic Games argues the terms are anti-competitive and thus illegal, as they deprive customers of choice, and raise prices. The court found that Epic Games was at risk of “irreparable harm” due to some of the seemingly retaliatory measures being leveled at separate legal entities.

The problem is that most developers cannot afford to take this kind of costly legal action. The Epic Games case has encouraged more developers to speak up about concerns regarding Apple’s commercial App Store practices, with one developer even going so far as to liken some of their conditions to “Mafia extortion.”

Apple argues that its policies make sure apps “meet our high standards for privacy, performance, and security” to maintain consumer trust, and this certainly makes sense for some of their technical restrictions and rules which ensure apps don’t abuse users’ personal data or files.

But it’s clear that some of Apple’s restrictions go significantly beyond this, such as where apps are prevented from notifying users of Apple’s 30% fee. In other cases, developers have complained that Apple is trying to force them to make certain commercial decisions, such as auto-renewing free trial subscriptions, which they do not agree with, and don’t want to make. We asked Apple for a response to these issues but have yet to receive a reply.

At the end of all of this, you’d be forgiven for thinking these developers should simply make their apps available elsewhere. The problem with the App Store is that there is no “elsewhere” – Apple prevents anyone from making a competing App Store, so the only way to get an app on an iPhone or iPad is via the App Store, with the 30% fee. A scathing report by the House Committee on the Judiciary on the impacts of monopoly power on the digital economy has also pointed out the high cost and practical issues with switching away from Apple devices.

The report has also accused Apple of making up “unwritten rules when convenient.” It is perhaps therefore fitting that a company accused of acting as “judge, jury, and executioner” towards developers on its own platform looks increasingly likely to see its own future decided in a regular courtroom before a regular judge.

This article is republished from The Conversation by Greig Paul, Lead Mobile Networks and Security Engineer, University of Strathclyde  under a Creative Commons license. Read the original article.

Read next: Electric cars in Europe are three times cleaner than gasoline equivalents