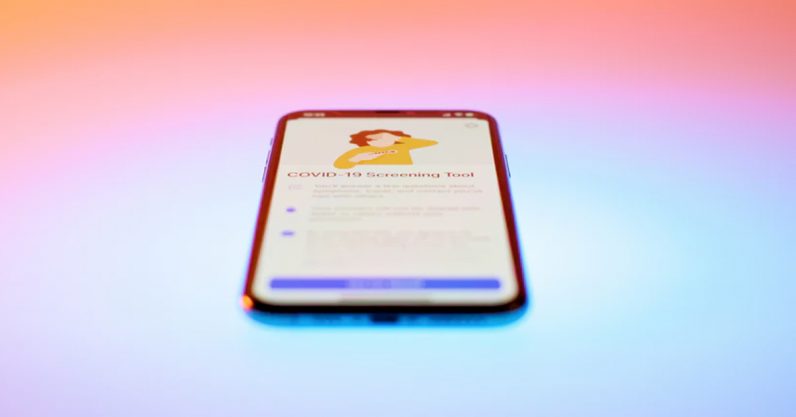 During the first wave of COVID-19, researchers at Oxford University built a computer model that suggested if 56% of the UK downloaded and used a contact-tracing app (alongside other control measures) it could end the epidemic in the country.

With the English app only available since September, it’s too early to tell how the system is actually doing. But even based on other countries whose apps have been available much longer, there’s still very little evidence that they can make a real difference to fighting COVID-19 – or that they can’t.

While this doesn’t mean we should write off contact-tracing apps altogether, the lack of evidence is a concern given the focus and money devoted to these apps and the policy decisions made around them. This kind of “tech solutionism” could be a distraction from developing proven manual contact-tracing systems. Indeed, the Council of Europe has raised the question of whether, given the lack of evidence, the promises made about these apps are “worth the predictable societal and legal risks.”

Despite predictions that between 67.5% and 85.5% of potential app users would download apps, worldwide download rates of contact-tracing apps have so far been low, running approximately at 20%. In Germany, it has been around 21%, in Italy 14%, in France just 3%. Iceland and Singapore, which was one of the first to launch an app, have the highest download rates to date at 40%.

Download rates matter because you need lots of other people to have the app on their phone to increase the chance that if you come into contact with someone who has the virus the system will be able to alert you of that fact.

In broad terms, if you have 20% of the population as active app users then there is only a 4% chance of coming into contact with another app user (the maths is explained here). Increase the download rate to 40% and you have a 16% chance of meeting another active app user. This also works on the assumption that users have the same app or different ones that can work together.

Apps may not need high download rates to have some impact. A second report from the Oxford researchers suggested that a well-staffed contact-tracing system that included digital, as well as manual notifications, could reduce infections by 4%-12% and deaths by 2%-15% if just 15% of the population used the app.

Singapore’s Ministry of Health claims that where it used to take contact-tracing teams four days to identify and quarantine a close contact, the app can enable them to do so in within two days.

But in the real world, downloading the app isn’t the same as using it or, most importantly, responding to warnings to self-isolate if the app tells you you’ve been in contact with an infected person. A UK-government commissioned study of more than 30,000 people showed that just 18% of people agreed to self-isolate when someone working for the country’s manual contact-tracing system actually called them and explained why. The numbers for an automated message on your people’s phones are likely to be even lower.

So why haven’t contact-tracing apps had more demonstrable success? First, there appears to be a lack of public trust in the technology and its use of personal data.

Earlier in the year, there was much discussion about whether the apps should upload data to a central database or store it on users’ phones in order to preserve their privacy. Most countries eventually opted for the latter, although France went with the former, less private system (and has reported very low take-up).

England also initially experimented with a centralized model but after much criticism and reported difficulties switched to decentralized. However, the loud public debate may have left a permanent negative impression of the efficacy and inherent privacy concerns of government-developed tracking apps.

Indeed there is good reason to be skeptical of the apps’ effectiveness. Most countries (with the exception of Iceland) have also opted to use Bluetooth to record when app users come into contact rather than using GPS to track their specific location, again to protect privacy. But Bluetooth has a number of weaknesses that mean it can record contacts that never happened and miss others that did.

For example, the app might record you coming into contact with someone even if they are on the other side of a partition wall. But if you keep your phone in your back pocket it may not connect with another held by someone standing in front of you.

One study, which took place on a tram and compared the Italian, Swiss, and German apps, concluded that the technology was very inaccurate, no better than “randomly selecting” people to notify, regardless of proximity. The resulting false alerts have likely added to public confusion and lack of confidence in the tracer apps.

Another problem is, of course, that only smartphone owners can use the apps. Given that, in the UK, 61% of over-65s don’t have access to a mobile internet device, this means that the largest at-risk group is much less likely to be able to benefit from contact-tracing apps.

One solution to this problem might be to use alternative technology to register people’s contacts. Singapore has introduced a token that can be carried on a lanyard or in the pocket or bag, and that contains technology to enable it to fulfill the same function as a tracing app. New Zealand has also considered a similar “covid card” to circumvent the smartphone issue.

But ultimately, if any of this technology is to have an effect, the only evidence we have suggests it must be part of an effective test and trace system that includes manual contact tracing – something few countries have yet managed to establish. A tech solution is not always the answer.

This article is republished from The Conversation by Allison Gardner, Lecturer in Computer Science/Co-founder Women Leading in AI, Keele University under a Creative Commons license. Read the original article.

Read next: Why can't I fix my own phone, toaster, or tractor?