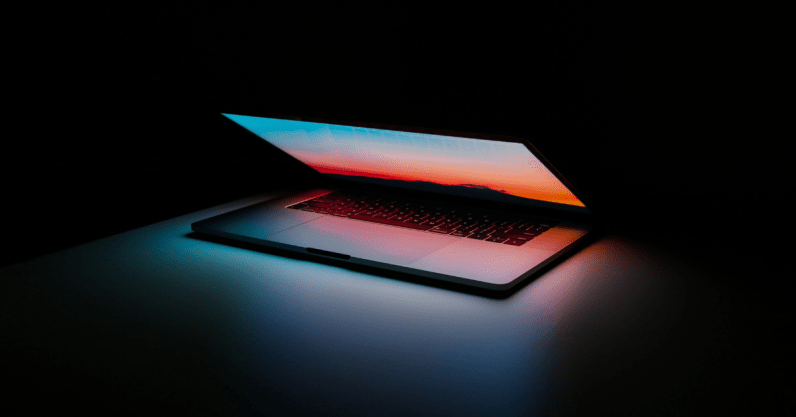 Capiche is a secret society for SaaS power users, building a new community of people who care about software to make the SaaS industry more transparent, together.

“You should…commence the conversation by saying ‘Hulloa!’” suggested the first phone book, New Haven, Connecticut’s The Telephone Directory. “When you are done talking, say ‘That is all!’, and the person spoken to should say ‘O.K.’”

And so language changed, at least to start conversations.

One century, Hello was almost exclusively an exclamation to draw attention to something and ask what was amiss. The next, Hello is the world’s most universal greeting. It’s hard now to imagine anything else taking that slot.

When names live on

127 years after Edison and a phone book popularized hello, another generation’s innovator took the stage to introduce another communication medium. Podcasts, he called them, echoing a term coined at random a year earlier.

Everyone seemed to have a blog online and an iPod in their pocket in early 2004; put both together and an audio revolution seemed imminent. “All the ingredients are there for a new boom in amateur radio,” summarized Guardian writer Ben Hammersley. “But what to call it? Audioblogging? Podcasting? GuerillaMedia?” The second idea, improbably enough, stuck.

The world wide web promised everyone a virtual printing press. Blogs fulfilled that early dream of an editable internet where anyone could publish. RSS pulled those blogs together into an early, pre-social feeds of new things to check every morning. iPods and competitors popularized mp3 files, put audio in your pocket. A handful of random innovations coalesced into a new media.

While Podcast didn’t enter the lexicon with quite the force of Hello, language was changed, and a now-retired product name lives on in a portmanteau.

You can’t put the genie back in the bottle. It’s hard to imagine a world without a phone in some form, without the whole vocabulary of answering the phone and hanging up and saying hello. It’s equally hard to imagine the internet without some way to publish an audio series. The names weren’t preordained, but it’s easy to imagine the concept being invented regardless, of the inputs coming together into something resembling today’s phone and podcast.

Jobs didn’t invent the podcast, nor Edison hello or Graham Bell the phone. Innovation’s a tricky thing where at a certain level, everything’s a remix, a combination of inputs. But once things get pulled together into a new category, once they add new words to our lexicon, it’s hard to imagine a world before they were there.

And sometimes that future world gets imagined ahead of time.

The internet was always meant to be social

Charles Babbage dreamed of computers, framed in the mechanical limitations of his day’s technology. Ada Lovelace predicted programming languages (“A new, a vast, and a powerful language is developed for the future use of analysis…”) decades before there were computers ready to speak them. Vannevar Bush visualized digital photos, hyperlinking, and modern notes apps, just as information overload started being a problem.

Social networks had one better. We acted like they were here before they were invented. “It will be where we social animals … argue, meet new people, and hang out,” predicted Bill Gates of the internet in his 1995 book The Road Ahead. “On the internet, nobody knows you’re a dog,” wrote Peter Steiner on his famous New Yorker cartoon two years earlier. Facebook and Twitter and even blogs were a decade or more away—and yet, here we were imagining what social networks would become.

“Many people are seeing the ‘internet as a medium that can garner a great deal of feedback,'” mentioned Audible PR director Jonathan Korzen to the Guardian in that early post coining podcasting. That feels reasonable today, when you can @mention any brand on Twitter, share your thoughts with the world faster than you can fully think them through. And yet, at that time, getting feedback on your podcast wasn’t much easier than getting on feedback on a radio show. People could email your show, call a phone number if you listed one, perhaps leave a comment on the podcast’s blog.

Perhaps social media didn’t have to look like Facebook, Twitter, WeChat, and TikTok. Maybe there was another way to connect humanity, a different direction we’ll discover someday. But social media is yet another invention that fills a need of connection that it’s almost hard to remember the world without.

Twitter launched a year after Apple built podcasts into iTunes, while Facebook was still a closed community for university students. The concept of the internet making feedback easier was already there, one of the original promises of a connected world—we just needed a product to fill the need.

The computer was destined to get invented—though perhaps it wasn’t destined to look and work the way we know it today. Perhaps in an alternate universe, Babbage completed his difference engine and instead of folding screens we’d have windup phones. Maybe a different Steve Jobs would have come away inspired by Xerox Alto’s portrait screen instead of its windowed interface and we would have always used smartphone-shaped screens.

It’s easy to imagine ways computing could have evolved differently. It’s hard to imagine computing never having been invented. Computers quickly became so crucial to modern life, that like the lightbulb and printing press and wheel, it’s almost hard to imagine life without them. Their form may change, their function lives on eternal.

The implementations come and go, fads and fashions that fit a temporary need but were ultimately replaced by something different. Incandescent bulbs served for a time, LED lights fill their slot today, something else may take their place tomorrow. Indoor lighting—and the terminology of “turning on the light” lives on regardless. Photography is another crucial invention that will always be with us; film was merely a transitional means to an end, a way to take photos that was easily replaced with a more convenient technology.

These most crucial innovations change us, embedding themselves into the way we see ourselves, the way we talk about the world around us. As University of Southern California professor Vanessa Schwartz wrote in Aeon of how airports and jets changed society, “the greatest legacy is that the jet-age aesthetic transformed subjective experience itself, ushering in a culture that would soon conceive of the ‘networked society’ because human subjects could visualize being connected without being physically present.”

Email, spreadsheets, databases, presentations, photo editors, and so many other core software categories have embedded themselves so deeply in work, it’s hard to imagine them not existing, harder to imagine ways to change on the original idea and make something better. For all the ways computing has changed since the first personal computers, a spreadsheet on Google Sheets on your phone today would still look familiar to a VisiCalc user—and, indeed, to someone working as a manual computer on paper spreadsheets decades earlier.

“What is there in a name?” asked Charles Babbage, echoing Shakespeare. “It is merely an empty basket, until you put something into it.” Once innovators fill that basket, put words in our mouths, it’s hard to imagine that basket not having been there before. A browser was an animal who forages, looking among foliage for food, until software reinvented the word and made browser mean using the web.

Today’s phone is far more than something to say hello. But the innovation of the telephone, that we could reach out and talk to anyone, anywhere, anytime, lives on, embedding itself deep enough in society that today we greet each other the way a phone book taught us to. Then came video calls, and just as quickly it’s almost hard to imagine a world without them, whether as personal FaceTime and Messenger calls or team Zoom calls and Hangouts. Calls didn’t have to be voice only; if anything, we expected them to gain video eventually. Technology just took time to catch up.

That’s far from the last category to be invented, the last innovation to change language and human behavior. Bi-directional linked notes as the most recent innovation to pop up everywhere from Roam Research to Notion feel like the cumulation of the early dreams of the internet, much in the way social networking finally fulfilled how everyone imagined the internet would connect us. It’s a new default feature, something that was missing before that is hard to imagine now not existing.

There are more inevitable categories out there to be filled. Once they’re invented, we’ll look back and wonder how we hadn’t seem them as indispensable all along.

This article was written by Matthew Guay is Capiche‘s founding editor and former senior writer at Zapier. You can read it here.

Read next: Bitcoin rally sends world's top cryptocurrency ahead of gold and silver