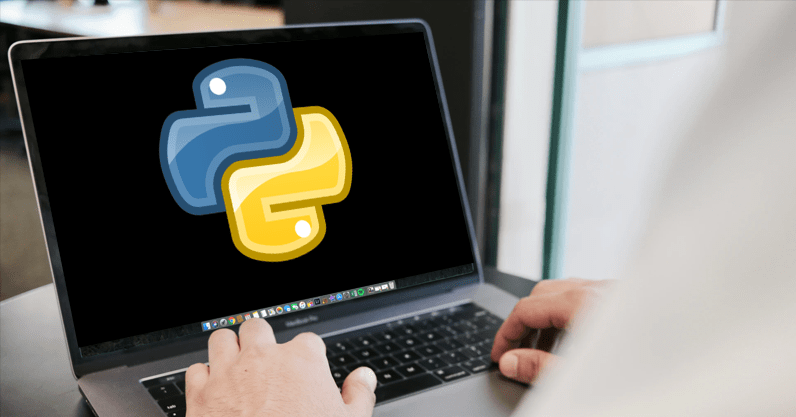 The tech industry is growing like never before. Every now and then, we see new software products released in the market. So, no matter whether you’re a beginner or an experienced Python developer, there are always opportunities waiting for you.

The only requirement is that you have to convince the employer to use your skills and proving yourself during aPython programming interview.

However, you’ll need to prepare yourself. Otherwise, someone else might get the job. You can either try Python programming challenges or simply revise the frequently asked Python interview questions and answers.

Today, I’m gonna share my personal experience of Python interviews with you. I’ll list the questions they asked me including their possible solutions. So it’ll be an ultimate guide for you to get hired as a Python Programmer.

[Read: Here are the 20 JavaScript questions you’ll be asked in your next interview]

2 – Let’s say we have two arrays, as mentioned below. How can we add corresponding items of both arrays?

Both of these are used to pass a variable number of arguments in a function. We use *args for non-keyword arguments whereas **kwargs is used for keyword-based arguments, for example, key-value pair).

4 – How do you check all the functions and properties available in a module?

We can pass the module name inside the dir() function to retrieve its functions and properties’ names.

Let’s say we have a module called m.py with a variable and two user-defined functions.

Here you can see the dir() function also gets all the built-in properties and methods.

In Python, literal is the data/value assigned to a variable or constant. For example, Python has four different types of literals:

6 – How do you concatenate two tuples?

The concatenation of tuples refers to the process through which we can join two or more tuples. For example, let’s suppose we have two tuples:

Now, we can concatenate them together by using a plus + symbol. Basically, this statement will add the elements of tuple_2 at the end of tuple_1.

Lambda is a small function in Python that can only process one expression. But, we can add as many parameters as needed.

Slicing is a process to retrieve parts of a string, array, list, or tuple. Basically, we pass a start and end index to specify the position of data we’re interested in. It’s important to note the value at the start index is included in the result whereas the value at the end index is excluded.

We can even pass a step value to skip some data. For example, retrieve every other item from an array.

In the below code snippet, the slicing is performed using square brackets []. We passed three arguments and separated them with a colon : symbol. The first parameter specifies the start position of slicing, the second argument is used to mark the end, whereas the last parameter is used to define the step.

All of the three parameters of slicing are optional. If we don’t specify the start then Python will assume 0 index as the starting position. Similarly, when we skip the second parameter then the length of array/string/tuple/list will be used. Whereas, by default Python consider 1 as a step.

9 – What are Python decorators?

Python decorator is a feature that is used to enhance the functionality of an existing function or a class. It is preferred when a developer wants to dynamically update the working of a function without actually modifying it.

Let’s say we have a function that prints the name of the website developer. But, now the requirement is to display a welcome message to the user and then show the developer name.

We can add this functionality with the help of a decorator function.

Here, you can see that welcome_user() is a decorator whereas dev_name() is the main function that we updated dynamically.

10 – Which algorithm is used by sort() and sorted() functions?

sort() and sorted() functions implement the Timsort algorithm. It is because this sorting algorithm is very stable and efficient. The value of Big O in its worst case is O(N log N).

By default, Python comes with a built-in debugger known as pdb .

We can start the debugging of any Python file by executing a command something like mentioned below.

12 – What is pickling and unpickling?

In Python, there is a very popular library called pickle . It is used for object serialization. Meaning that it takes a Python object as input and converts it into a byte stream. This whole process of transforming a Python object is known as pickling.

On the other hand, unpickling is its opposite. Here, a byte stream is accepted as input and transformed into an object hierarchy.

List Comprehension is a quick way to create a Python list. Instead of manually entering a value for each index, we can simply fill the list by iterating through our data.

Let’s suppose I want to create a list whose each index will contain a letter from my name in sequential order.

No. In Python, there is no such concept of tuple comprehension.

15 – What is monkey patching in Python?

The process to dynamically change a class or module at run-time is known as Monkey Patching.

Did you spot that I actually called func() method but the output I received was from welcome()?

16 – Predict the output of the below code? And then explain your answer

The major confusing point in this code occurs in the last print() statement.

In other words, Python tries to use the properties/methods of child class first. It only searches the parent class if the property/method is not found in the child class.

17 – How do you display ancestors of a given node in Binary Tree?

Let’s suppose we have this binary tree. Now, retrieve the ancestors of 65 and display them using Python code.

Practicing for an interview is super important to land your dream job. In this article, we’ve covered some popular interview questions but there’s much more you should know. There are entire sites which can prepare you for your next interview, it’s a huge subject, so keep learning.