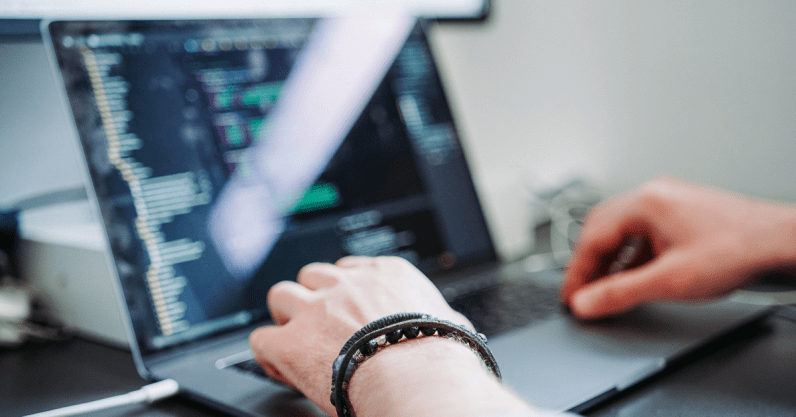 Python is one of the most popular programming languages ​​for beginner developers, making it the most widely taught language in schools around the world.

However, learning Python is not an easy thing. To get started, you first need to find the best online way to get there, which is difficult in itself. There are thousands of Python courses and tutorials, all claiming to be the best.

True, practice alone is not perfect, but perfect practice is. This means you need to make sure you’re always following the best coding practices (commenting on your code, using correct syntax, etc.), otherwise you’ll likely end up adopting bad habits that could harm your future lines of code.

A universal convention supplies all of maintainability, clarity, consistency, and a foundation for good programming habits too. What it doesn’t do is insist that you follow it against your will. That’s Python! — Tim Peters on comp.lang.python, 2001–06–16

In this article, I’m going to give my top 10 tips to help you code in Python quickly and efficiently.

Programs must be written for people to read, and only incidentally for machines to execute.

Essentially, readability is the characteristic which specifies how easy another person can understand some parts of your code (and not you!).

As an example, I was not used to write with vertical alignment and to align the function’s parameters with opening delimiter.

Look at other examples in the Style Guide for Python Code and decide what looks best.

Another important thing that we do very often is resembling programs that we have seen or written before, which is why our exposure to readable programs is important in learning programming.

Often, a long if & elif & …. & else conditions is the sign of code that needs refactoring, these conditions make your code lengthy and really hard to interpret. Sometimes they can easily be replaced, for example, I used to do the following:

This is just dumb! The function is returning a boolean, so why even use if blocks in the first place? The correct what of doing this would be:

In a Hackerrank challenge, you are given the year and you have to write a function to check if the year is leap or not. In the Gregorian calendar three criteria must be taken into account to identify leap years:

So in this challenge, forget about ifs and elses and just do the following:

3. Adequate use of Whitespace

The docstrings explain how to use the code :

The comments explain what are for the maintainers of your code. Examples including notes for yourself, such as:

It is on your responsibility to write good docstrings and good comments, so always keep them up to date! When making changes, make sure the comments and docstrings are consistent with the code.

You will find a detailed PEP dedicated for Doctsrings : “Docstring Conventions”

In other programming languages :

In Python, it’s better to use the assignment in one line code :

You may have already seen it but do you know how it works?

Useful in loops on structured data (the variable user above has been kept):

It is also possible to do the opposite way, just make sure you have the same structure on the right and on the left:

We want to concatenate these chains together to create a long one. Particularly when the number of substrings is large, avoid doing this :

It is very slow. It uses a lot of memory and performance. The sum will add up, store, and then move on to each intermediate step.

The join () method makes the entire copy in one pass. When you only process a few strings, it makes no difference. But get into the habit of building your chains optimally, because with hundreds or thousands strings, it will truly make a difference.

Here are some techniques for using the join () method. If you want a space as a separator:

or a comma and a space:

To make a grammatically correct sentence, we want commas between each value except the last one, where we prefer an “or”. The syntax for splitting a list does the rest. The [: -1] returns everything except the last value, which we can concatenate with our commas.

It is elegant and quick to take advantage of Python with regard to Boolean values:

8. Use enumerate when it’s possible

It is necessary to use a list to display the results because enumerate is a lazy function, generating one item (a pair) at a time, only when requested. A for loop requires such a mechanism. Print does not take one result at a time but must be in possession of the entire message to be displayed. We therefore automatically converted the generator to a list before using print.

So, using the loop below is much better:

The version with enumerate is shorter and simpler than the two other versions. An example showing that the enumerate function returns an iterator (a generator is a kind of iterator)

The traditional way with for and if:

The listcomps are clear and direct. You can have several for loops and if conditions within the same listcomp, but beyond two or three, or if the conditions are complex, I suggest you use the usual for loop.

Let’s sum the squares of numbers less than 100:

We can also use the sum function which does the job faster for us by building the right sequence.

The generator expressions are like list comprehensions, except in their calculation, they are lazy. Listcomps calculate the entire result in a single pass, to store it in a list. Generator expressions calculate one value at a time, when necessary. This is particularly useful when the sequence is very long and the generated list is only an intermediate step and not the final result.

For example if we have to sum the squares of several billion integers, we will reach a saturation of the memory with a list comprehension, but the generator expressions will not have any problem. Well it will take a while though!

In this article, I have presented some of my best tips for learning to program in Python. If you really want to become a programmer or add a coding skill to your skills, learning Python is a great place to start. Look for high quality Python training online and start to find out how to program in Python. I recommend that you learn the basics with an interactive course before moving on to more difficult concepts.

You should not speed up the learning process too much, or you may miss important information. Take notes and make sure to review them regularly and try to practice writing code as often as possible.

Connect with colleagues who are learning like you and don’t be afraid to ask questions when you have them. Helping others when they have problems can be a great review, and working with someone else’s code is a great way to learn new things.

If you do all of this, nothing can stop you! So what are you waiting for? Start programming in Python now!

This article was written by Kamal Chouhbi and originally published on Towards Data Science. You can read the piece here.

Read next: How Gen Z’s travel behaviors are changing the way we all get around for the better