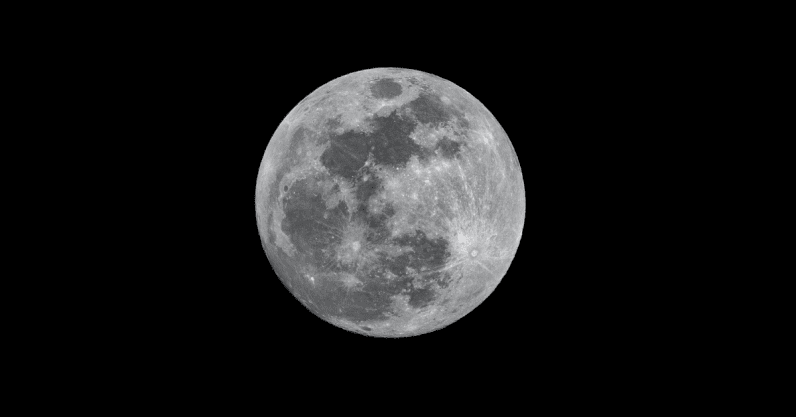 Dust on the Moon discovered by the Chandrayaan-1 spacecraft orbiting our planetary companion suggests complex interactions between the Sun, Earth, and Moon. With little water or oxygen, iron oxide (rust) still formed in the harsh environment of the lunar surface, detected within hematite deposits recorded by the lunar orbiter more than a decade ago.

Hematite is created on Earth from the interactions of oxygen and water on iron deposits. However, with water in short supply on the Moon (except inside craters at the poles) and a scarcity of oxygen, researchers are puzzled how the mineral may have formed.

The Moon Mineralogy Mapper instrument (M3) onboard the lunar orbiter found telltale signs of hematite, which should not exist in the arid environment on the Moon. The distinctive red color of Mars is a result of iron oxide (rust) on its surface. However, Mars was once a water world — unlike the Moon.

“At first, I totally didn’t believe it. It shouldn’t exist based on the conditions present on the Moon. But since we discovered water on the Moon, people have been speculating that there could be a greater variety of minerals than we realize if that water had reacted with rocks,” Abigail Fraeman of Jet Propulsion Laboratory (JPL) stated.

The solar wind — a stream of charged particles — constantly emanates from the Sun, feeding the Earth and Moon with hydrogen. This hydrogen acts as a reducer — adding electrons to molecules, hindering the production of hematite. For iron to form, it needs electrons taken away in the form of an oxidizer — just the opposite of the effects of solar wind on the lunar surface.

A small quantity of oxygen from our atmosphere is carried by the magnetic field of the Earth and deposited on the Moon.

Data from M3 showed higher concentrations of hematite on the side of the Moon facing the Earth than on its far side, providing further evidence oxygen on the Moon came from our home world. When the Earth-Moon system was first formed, the pair were much closer together than they are today. Researchers believe some of this oxygen on the lunar surface may have been delivered when the pair were closer together than they are today.

“When I examined the M3 data at the polar regions, I found some spectral features and patterns are different from those we see at the lower latitudes or the Apollo samples. I was curious whether it is possible that there are water-rock reactions on the Moon. After months of investigation, I figured out I was seeing the signature of hematite,” Shuai Li, assistant researcher at the Hawaii Institute of Geophysics and Planetology (HIGP) at the University of Hawaii recalls.

The solar wind delivers hydrogen, usually discouraging the oxidation of iron into hematite on the lunar surface. However, each full moon finds our planetary companion behind the Earth, where it is protected from the solar wind. These monthly reprieves from the bombardment of hydrogen creates periodic times when oxygen can react with iron, producing hematite, researchers theorized.

“The lack of atmosphere on the Moon allows solar wind (most of which is [hydrogen]) to reach the lunar surface and be implanted into the top tens to hundreds of nanometers of layer of surface grains,” researchers describe in an article published in the journal Science Advances.

When oxidation nibbles more slowly — more delicately, like a tortoise — at the world around us, without a flame, we call it rust and we sometimes scarcely notice as it goes about its business consuming everything from hairpins to whole civilizations. ― Alan Bradley, A Red Herring Without Mustard

The other critical ingredient for rust is water. And, although the Moon possesses water ice at its poles, these hematite deposits were separated from these lunar glaciers. Investigators suggest water on the surface of the Moon may be kicked up by fast-moving dust particles traveling through space. When this occurs when the Moon is shielded by Earth, hematite could, potentially, form. This new study might also suggest how water found on other small, airless bodies like asteroids may have been created.

“It could be that little bits of water and the impact of dust particles are allowing iron in these bodies to rust,” Fraeman said

Chandrayaan-1 launched on October 22, 2008, kicking off India’s first mission to Moon. The spacecraft orbited the Moon at an altitude of 100 km (62 miles), examining the lunar surface with an array of 11 instruments. Following the completion of all its scientific goals in May 2009, the orbit of the spacecraft was raised to 200 kilometers (125 miles). Ground controllers lost contact with the spacecraft at the end of August 2009.

The upcoming Lunar Trailblazer mission to the Moon, currently being developed by JPL and Caltech, will explore deposits of water ice on the Moon, potentially answering the mystery of hematite on the lunar surface.

Read next: This free tool automatically deletes your old tweets, retweets, and likes