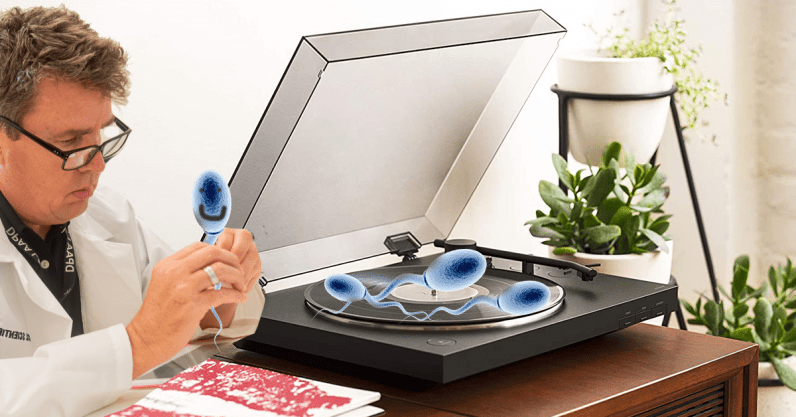 Sperm is critical for the fertilization of almost every living organism on our planet, including humans. To reproduce, human sperm have to swim a distance equivalent to climbing Mount Everest to find the egg. They complete this epic journey simply by wiggling their tail, moving fluid to swim forwards. Though over 50 million sperm will fail to reach the egg – the equivalent to more than six times the entire population of London or New York – it only takes one single sperm in order to fertilize an egg that will eventually become a human being.

Sperm was first discovered in 1677 – but it took roughly 200 years before scientists agreed on how humans are actually formed. The “preformationists” believed that each spermatozoa contained a tiny, miniaturized human – the homunculus. They believed that the egg simply provided a place for the sperm to grow.

On the other hand, the “epigenesists” argued that both males and females contributed to form a new being, and discoveries in the 1700s showed more evidence for this theory. Though scientists now better understand the role that sperm plays in reproduction, our latest research has discovered that sperm have actually been fooling scientists this whole time.

One of the first microscopes was developed in the 17th century by Antonie van Leeuwenhoek. He used a blob of molten glass that he carefully ground and polished to create a powerful lens. Some of them could magnify an object 270 times. Remarkably, a better lens was not created for over 200 years.

Leeuwenhoek’s lenses made him the first explorer of the microscopic world, able to see objects including bacteria, the inside of our cells – and sperm. When Leeuwenhoek first discovered sperm, he described it as a “living animalcule” with a “tail, which, when swimming, lashes with a snakelike movement, like eels in water”.

Strikingly, our perception of how sperm swims hasn’t change since. Anyone using a modern microscope today still makes the very same observation: sperm swim forward by wiggling their tail from side-to-side. But as our latest research shows, we’ve actually been wrong about how sperm swim for the last 350 years.

Using state-of-the-art 3D microscopy technology, our team of researchers from the UK and Mexico, were able to mathematically reconstruct the rapid movement of the sperm tail in 3D. Not only does sperm’s size make them difficult to study – its tail only measures half a hair’s breadth – they’re also fast.

Their tail’s whip-like movement is capable of beating over than 20 swimming-strokes in less than one second. We needed a super-fast camera capable of recording over 55,000 pictures in one second mounted in a fast oscillating stage to move the sample up and down at an incredibly high rate – effectively scanning the sperm tail while swimming freely in 3D.

What we found surprised us. We discovered that the sperm tail is in fact wonky and only wiggles on one side. While this should mean the sperm’s one-sided stroke would have it swimming in circles, sperm have found a clever way to adapt and swim forwards: they roll as they swim, much like the way otters corkscrew through water. In this way, the wonky one-sided stroke evens out as sperm rolls allowing it to move forwards.

The sperm’s rapid and highly synchronized spinning causes an illusion when seen from above with 2D microscopes – the tail appears to have a side-to-side movement. However, this discovery shows that sperm have developed a swimming technique to compensate for their lop-sidedness. In doing so they have also ingeniously solved a mathematical puzzle: by creating symmetry out of asymmetry.

The sperm body spins at the same time that the tail rotates around the swimming direction. Sperm “drills” into the fluid like a spinning top by rotating around itself whilst its tilted axis rotates around the centre. This is known in physics as precession, much like the precession of the equinoxes in our planet.

Computer-Assisted Semen Analysis (CASA) systems, in use today, both in clinics and for research, still use 2D views of the sperm’s movement. Like Leeuwenhoek’s first microscope, they are still prone to this illusion of symmetry while assessing semen quality. Symmetry (or the lack of it) is one identifying trait that may impact fertility.

The scientific tale of the sperm tail follows the route of every other area of research: advances in understanding sperm movement are highly dependent upon the development of technologies in microscopy, recording and, now, mathematical modeling and data analysis. The 3D microscopy technology developed today will almost certainly change the way we analyze semen in future.

This latest discovery, with its novel use of 3D microscope technology combined with mathematics, may provide fresh hope for unlocking the secrets of human reproduction. With over half of infertility caused by male factors, understanding the human sperm tail is fundamental for future diagnostic tools for identifying unhealthy sperm, and improving fertility.

This article is republished from The Conversation by Hermes Gadêlha, Senior Lecturer in Applied Mathematics and Data Modelling, University of Bristol under a Creative Commons license. Read the original article.

Read next: Say hello to SHIFT, our new publication about the future of mobility tech