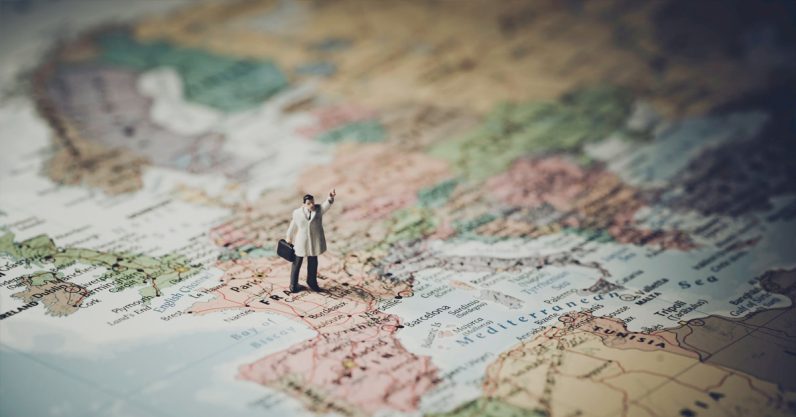 Huawei and TikTok were two of the most successful examples of globalization. Huawei started as a small private firm in 1987 and has risen in just over 30 years to become a world champion in telecommunications. TikTok has succeeded over a much shorter time period. Having only launched in 2016, the video-sharing service is now the fourth most popular app in the world and has achieved 1.9 billion downloads worldwide.

Both of these Chinese companies are now at the mercy of a widening geopolitical divide. The US has led an increasingly successful campaign to eliminate Huawei from the global market over alleged security fears and is threatening to ban TikTok too. There has also been speculation that other Chinese tech companies such as Lenovo, ZTE, and Xiaomi could be at risk. Meanwhile, HSBC has risked getting caught in the crossfire by expressing support for China’s security crackdown in Hong Kong.

These developments are signs of attempts by the US to decouple from China’s economy and concentrate on alliances within its own political and economic sphere. It chimes with the wider drift away from globalization towards a more regional approach to trade, reflected in the difficulties of the World Trade Organization (WTO) and the rise of regional trading blocs.

In response to the US moves to restrict its activities, Huawei is now trying to forge closer supply alliances with companies in China and elsewhere in Asia, such as Samsung. TikTok could be making a similar move but in the opposite direction, amid reports that several US investment capitalists might buy the brand from owner ByteDance and separate it from its Chinese version, which is called Douyin. In both cases, these companies appear to be retrenching from a global to a regional focus.

These developments are being driven by the growing antagonism between China and the US – but many other multinationals are facing a similar dilemma because the global trade system is at risk of breaking down. Multinationals established their dominance by forging global supply chains that maximized the comparative advantages of each country involved.

They have been encouraged since the 1940s by global trade policies that have struck down national trade barriers and deepened global economic integration. In recent years, this has been done through WTO agreements.

But the wealth created by globalization has been very unevenly distributed, which has caused a domestic political disturbance in many corners of the world. Nationalist governments have responded to this new reality with protectionist measures, of which the US-China trade war is only the most prominent example.

As a result, the trade liberalization promoted by the WTO has run into difficulty. This was clear from the breakdown of the Doha Round of negotiations in the mid-2010s due to unsolvable tensions between the member states. The WTO’s system for resolving trade disputes between countries has also become dysfunctional, stemming from a row over how it operates. Regrettably – but not surprisingly – the WTO’s director-general, Roberto Azevedo, announced he was stepping down a few weeks ago – a year before his term was due to end.

In parallel with the rise in protectionism and the WTO problems, countries have increasingly been building regional trade blocs. Examples include the renewed North American Free Trade Agreement (NAFTA), the Pacific rim’s Comprehensive and Progressive Agreement for Trans-Pacific Partnership (CPTTP), and the forthcoming China-led Regional Inter-sessional Comprehensive Economic Partnership (RCEP).

These agreements are all about further liberalizing trade between member states within a region. They do this by cutting tariffs, reducing administrative burdens by mutually recognizing one another’s technical standards, harmonizing public procurement rules, establishing similar employment levels and environmental protections, and giving easier market access to services.

These measures significantly reduce companies’ operating costs, particularly if their production lines are spread across the countries in the bloc. Ultimately they make supply chains more regional, making it easier to buy and sell goods and services within the zone.

But just like the US-China conflict has caused difficulties for Huawei and TikTok, this regional approach to free trade creates tensions with the multilateralism of the WTO. Regional trading blocs run against the principle on which the WTO is founded, namely “most favored nation treatment”. This says that whenever one nation grants a trading concession to another, it should be extended to all other nations in the world.

Whenever regional blocs expand trade within their region, producers outside the bloc who can make the same goods more cheaply end up being discriminated against. Global welfare suffers as a result. For multinationals trying to operate global supply chains and trade around the world, this also represents a spaghetti bowl of red tape.

Yet the fact that we are now going to have rival trade blocs in Asia when RCEP launches at the end of the year suggests that more regionalism could be the shape of things to come. If so, this could further fragment the global trade system.

It is of course possible that more regionalism could stimulate global free trade in the long run. Once the nations within a bloc have become highly economically integrated, it may encourage outsider countries to join in an attempt to take advantage of the bloc. The UK’s move to participate in the CPTTP could be an early example. If this eventually encouraged multinationals to trade across regional blocs, global trade liberalization could move back up the agenda.

Equally, the superiority of certain players within certain blocs might make this happen by necessity. For example, Huawei’s dominance in 5G technologies and its efforts to establish an alliance in Asia and other developing countries raises the possibility that it might one day overtake the US tech giants. If so, it may make western governments think again about whether protectionism was working as intended, and encourage them to re-embrace the system of global trade.

This article is republished from The Conversation by Zhongdong Niu, Lecturer in Law, Edinburgh Napier University under a Creative Commons license. Read the original article.