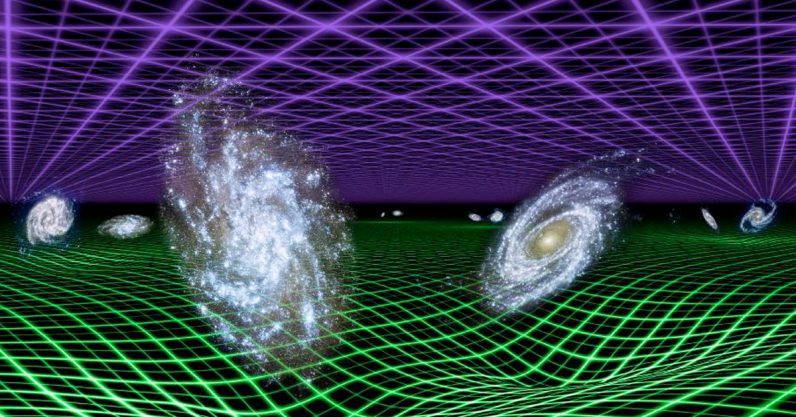 Dark energy is one of the greatest mysteries in science today. We know very little about it, other than it is invisible, it fills the whole universe, and it pushes galaxies away from each other. This is making our cosmos expand at an accelerated rate. But what is it? One of the simplest explanations is that it is a “cosmological constant” – a result of the energy of empty space itself – an idea introduced by Albert Einstein.

Many physicists aren’t satisfied with this explanation, though. They want a more fundamental description of its nature. Is it some new type of energy field or exotic fluid? Or is it a sign that Einstein’s equations of gravity are somehow incomplete? What’s more, we don’t really understand the universe’s current rate of expansion.

Now our project – the extended Baryon Oscillation Spectroscopic Survey (eBOSS) – has come up with some answers. Our work has been released as a series of 23 publications, some of which are still being peer reviewed, describing the largest three-dimensional cosmological map ever created.

Currently, the only way we can feel the presence of dark energy is with observations of the distant universe. The farther galaxies are, the younger they appear to us. That’s because the light they emit took millions or even billions of years to reach our telescopes. Thanks to this sort of time-machine, we can measure different distances in space at different cosmic times, helping us work out how quickly the universe is expanding.

Using the Sloan Digital Sky Survey telescope, we measured more than two million galaxies and quasars – extremely bright and distant objects that are powered by black holes – over the last two decades. This new map covers around 11 billion years of cosmic history that was essentially unexplored, teaching us about dark energy like never before.

Our results show that about 69% of our universe’s energy is dark energy. They also demonstrate, once again, that Einstein’s simplest form of dark energy – the cosmological constant – agrees the most with our observations.

When combining the information from our map with other cosmological probes, such as the cosmic microwave background – the light left over from the big bang – they all seem to prefer the cosmological constant over more exotic explanations of dark energy.

The results also provide a better insight into some recent controversies about the expansion rate of the universe today and about the geometry of space.

Combining our observations with studies of the universe in its infancy reveals cracks in our description of its evolution. In particular, our measurement of the current rate of expansion of the universe is about 10% lower than the value found using direct methods of measuring distances to nearby galaxies. Both these methods claim their result is correct and very precise, so their difference cannot simply be a statistical fluke.

The precision of eBOSS enhances this crisis. There is no broadly accepted explanation for this discrepancy. It may be that someone made a subtle mistake in one of these studies. Or it may be a sign that we need new physics. One exciting possibility is that a previously unknown form of matter from the early universe might have left a trace on our history. This is known as “early dark energy,” thought to be present when the universe was young, which could have modified the cosmic expansion rate.

Recent studies of the cosmic microwave background suggested that the geometry of space may be curved instead of being simply flat – which is consistent with the most accepted theory of the big bang. But our study concluded that space is indeed flat.

Even after these important advances, cosmologists over the world will remain puzzled by the apparent simplicity of dark energy, the flatness of space , and the controversial values of the expansion rate today. There is only one way forward in the quest for answers – making larger and more detailed maps of the universe. Several projects are aiming to measure at least ten times more galaxies than we did.

If the maps from eBOSS were the first to explore a previously missing gap of 11 billion years of our history, the new generation of telescopes will make a high-resolution version of the same period of time. It is exciting to think about the fact that future surveys may be able to resolve the remaining mysteries about the universe’s expansion in the next decade or so. But it would be equally exciting if they revealed more surprises.

This article is republished from The Conversation by Julian Bautista, Research Fellow, University of Portsmouth under a Creative Commons license. Read the original article.

Read next: Intel lost $42B in market value after revealing it might not make its own next-gen chipsets