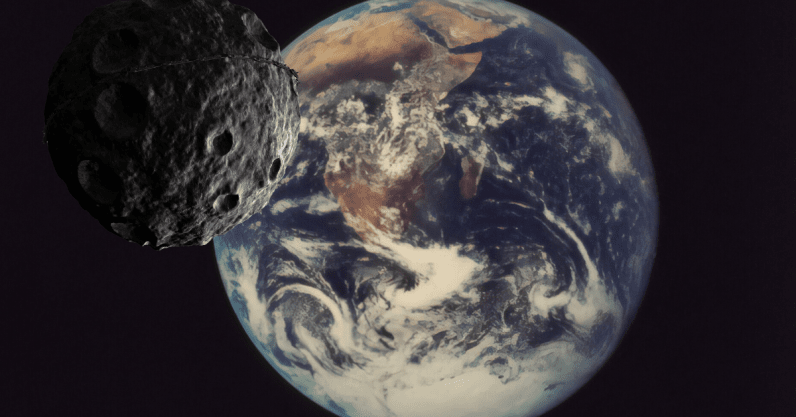 The origin of water on Earth has long been a contested question — water forms in the course of many chemical reactions, and it is also a major component of comets. So, researchers frequently debate which of these is the ultimate source of most of the water on our planet.

A new study reveals that chemical reactions within asteroids may have freed water, slowly covering the Earth in water.

Usually, astronomers thought of water from space as coming from comets — essentially, dirty snowballs — from beyond the “ice line” of our Solar System, where water stays eternally frozen. This water would come trapped in hydrous silicates, which could then be freed from its rocky matrix.

Several recent studies have challenged the notion of comets bringing large quantities of water to Earth, although the delivery method remained unanswered. One problem is that hydrous silicates arriving via comets would have delivered far more water to terrestrial planets than what we observe. Another issue with the idea of cometary bombardment is that the water we see on Earth does not have the same chemical makeup as water in comets.

“Recently, analyses of some isotopes from the comet 67 P/Churyumov–Gerasimenko have shown that the contribution of cometary ice to the Earth’s oceans is less than 1%, indicating the necessity for other candidates for the source material of terrestrial water,” researchers explained in the journal Scientific Reports.

While most researchers looked at icy bodies in the solar system for a source of planetary water, a team of researchers in Sapporo, Japan, set their eyes on organic material that is fairly common in our region of the Solar System.

“Until now, much less attention has been paid to organic matter, comparing to ices and silicates, even though there is an abundance inside the snow line,” Akira Kouchi, planetary scientist at Hokkaido University stated.

Add a little acid, some herbs, and you have an interplanetary salad dressing

Researchers assembled a mixture of water, ammonia, and carbon monoxide, which they then exposed to ultraviolet light, mimicking conditions in outer space.

“Then, they gradually heated the organic matter analog from 24 to 400 ℃ under a pressured condition in a diamond anvil cell. The sample was uniform until 100 ℃, but was separated into two phases at 200 ℃. At approximately 350 ℃, the formation of water droplets became evident and the sizes of the droplets increased as the temperature rose. At 400 ℃, in addition to water droplets, black oil was produced,” researchers report.

When heated to high temperatures, interstellar organic matter releases both water and oil, this new study found. This would suggest that the ultimate origin of water on Earth could be inside the snow line, rather than vast numbers of comets colliding with Earth.

“Our results show that the interstellar organic matter inside the snow line is a potential source of water on the earth. Moreover, the abiotic oil formation we observed suggests more extensive sources of petroleum for the ancient Earth than previously thought,” Kouchi stated.

The oil produced in these experiments was similar, in many ways, to the crude oil taken from beneath the ground.

Later this year, the Japanese spacecraft Hayabusa2 will bring samples of the asteroid Ryugu to Earth. Astronomers hope that analyzing organic material in this sample will help answer the question of the origin of water on Earth.

Read next: AOC wants to stop the US military from using Twitch for recruiting