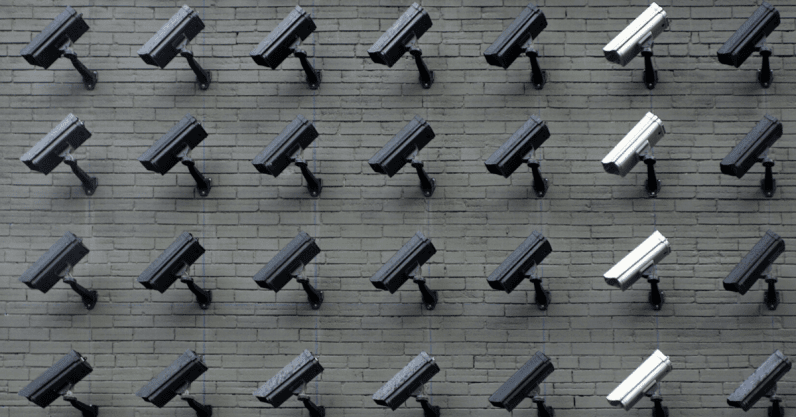 If you had to render an opinion, would you say the world is a more or less dangerous place today than it was, say, ten years ago? Popular perception, driven perhaps by media sensationalism of both factual and fictional violence, is that we live in more perilous times. But statistics tell a different story.

In the U.S., violent crime has declined by more than half over the past quarter-century. Property crime has declined at an even greater rate. Even in those countries that have relatively high crime rates, crime is decreasing. In the Americas, Europe, and Asia, many crimes, including intentional homicides, have declined or remained flat. Only in Africa, where poorer countries may not have sufficient resources to invest in law enforcement, are researchers seeing an increase in certain crimes. The notable exception in a world that’s generally growing safer is, of course, cybercrime, where global losses continue to equal hundreds of billions of dollars annually.

What’s behind the numbers?

It’s a short leap for tech pros to make from lower crime rates to the proliferation of security technology. But a lot of civilians are making the leap using just common sense. The global market for home security systems was valued at over $45 billion in 2018 and analysts are predicting it will be worth over $75 billion by 2023. That’s a lot of ring-a-ding doorbell cameras.

Patents past and pending

The history of the home security industry might be told in patents. Maria Van Brittan Brown, a nurse who worked the night shift in Jamaica Queens, filed a patent for the first home security system in 1966. She was motivated by a powerful instinct—survival. The patent was granted three years later for a system that incorporated existing closed-circuit television technology, a hardwire connection to law enforcement, a panic push-button, and a remote locking device. Incidentally, it was also wireless, though it relied on the radio signals available to her at the time. Since Brown was awarded her patent, more than a dozen other patents have been filed that reference Brown’s pioneer system. If you examine all the bells and whistles today’s systems offer, it’s interesting to note that innovations have largely been tactical, not strategic. The underlying concept of home security systems—notice danger, call for help—remains unchanged.

Today’s home security systems are less expensive, more effective, and easier to use than systems built just a few years ago. Don’t discount the fun factor, either. We probably don’t have to tell you that gadget collecting is a popular hobby. And when the gadget wears the mantle of a very serious function, so much the better. The best home security systems offer more features than they did even a few years ago. Self-installation and self-monitoring options have made them more affordable. The popularity of home security systems is also part and parcel of consumers’ lightning-fast adoption of home technology. From calling up classic films on Netflix to turning on the AC on the drive home from work, convenience is king. And if you can show off a cute clip of your golden retriever with one swipe of the same flick-finding, climate-controlling device…well, mark that baby sold.

Recent reports of hacked security systems have ranged from creepy to blood-chilling. The very cameras that are meant to keep us safe have been transformed by hackers into harassment devices. Cameras are being exploited in real-time to spy on users. The same time-stamped video footage law enforcement might use to bring burglars to justice is being used by those same burglars to track residents’ habits and plan a break-in.

There’s a lot of feature parity among home security systems. The best advice I can offer has less to do with the systems themselves and more to do with how to use one safely. Forensic analysis of the relatively few home security systems that have been hacked suggest that the vulnerabilities of such systems reside not in the system itself, but in the human factor. While security system hacking stories abound, to date, they’ve all been the result of a problem that affects all internet-connected devices: insecure passwords.

Systems that offer two-factor authentication are less vulnerable to hacking and are increasingly available. You might also recommend a system that incorporates redundant signal transmission and power-sourcing. Yes, backing up is critical in this category, too.

Homeowners should also be alert to the signs that an installed system has been hacked. Hearing strange noises in a home is one such sign. Blinking lights on cameras mean they’ve been accessed remotely. Camera movement can be another clue on cameras that pan and tilt. Many home security systems allow you to share video footage with neighbors through social media and it’s a popular habit. But experts advise against it.

If you’ve decided to invest in a home security system, here are a few questions you might ask yourself. What kind of home are you trying to secure? You wouldn’t install the same system in a three-story Victorian, a ranch house sitting on 20 acres, and a high-rise condominium and expect it to work. What are you trying to protect? Some people may be focused on their art and antique collections, but pretty much any parent will name their children. Parents were the earliest adopters of systems that incorporate cameras and baked-in audio. Home security systems with real-time sound and video satisfy parents’ visceral need to be watchful even from the factory floor or office.

In some homes, protecting elderly family members is the foremost concern. Kids take to technology like candy because they were raised with it. Older people may struggle temperamentally, mentally, or physically with remotes and keypads. Accessibility, and in particular voice command, may be important features to consider for protecting elderly or disabled residents.

Knowledge and power: you can have both

You can still install a system akin to the one Maria Van Brittan Brown designed for herself that simply alerts you and your community’s first responders to a problem at your home. But many people are willing to bank on that ounce of prevention, whether it comes in the shape of motion-sensitive front porch lights or a camera-equipped “talking doorbell.” Others rely on the convenience of being able to rectify a mistake—like forgetting to shut the garage door—or grant selective access to their property when they’re not at home. If you employ a housekeeper periodically or you’re having your home painted, that can be handy. The right system for you will tell you what you want to know and give the control you want, whether you’re at or away from home.

Dollars and sense in home security

The cost of a home security system is based on two factors: the features you purchase and how you choose to have your system monitored. Bells and whistles add cost, of course. But system monitoring will, in the long run, cost more than system design and installation. Self-monitoring a security system, though less expensive, isn’t generally recommended by security pros. But it pays to be choosy about professional monitoring services. Some require a long-term contract and charge hefty cancellation fees. Pay attention to who is responsible for false alarm fees under your contract. Firemen may cheerfully rescue kittens from trees but they don’t take kindly to that same kitten setting off a home alarm. Communities levy fines for that.

For the mechanically inclined, choosing a DIY installation product can save money. But particularly in a large home, it’s time-consuming. And part of what you pay a professional home security company for is a high-quality system design that minimizes vulnerability throughout your home.  That’s a lot of doors, windows, fences, and outdoor hiding spots to remember. So before choosing a DIY system, ask yourself this. Are you sure you’ll think of everything?

This article was originally published by Susan Doktor on TechTalks, a publication that examines trends in technology, how they affect the way we live and do business, and the problems they solve. But we also discuss the evil side of technology, the darker implications of new tech and what we need to look out for. You can read the original article here.

Read next: 5 reasons why Germany is the best country for startups