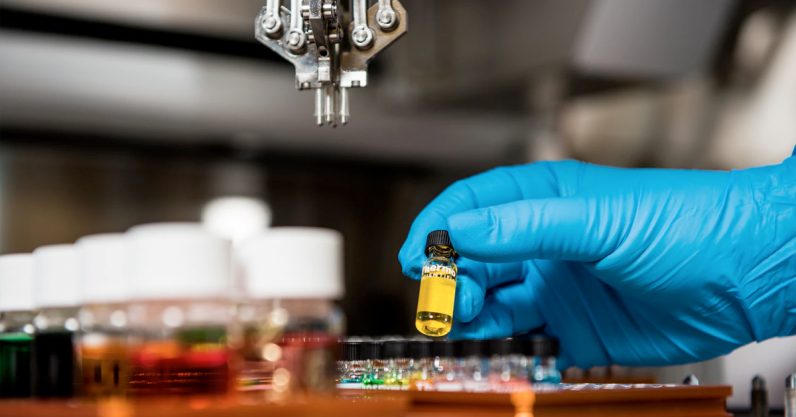 The cumulative effects of structural racism were the major contributing factor in the disproportionate impact of COVID-19 on groups described as Black, Asian, or other minority ethnic (BAME) in the UK. That was the overwhelming message from the recent Public Health England review on the issue. The central theme of the review’s seven recommendations, which included better research, assessment, healthcare access, and education, was the need to address how these structural problems affected people’s health.

Something that would contribute to all of the recommendations would be greater numbers of BAME scientists, medical, and public health professionals in positions of influence and power. Placing people with direct insight into structural racism at the heart of these measures would enable these professionals to identify problems and communicate solutions in ways that are lacking presently.

There have been many previous initiatives aiming to increase the number and success of people from ethnic minorities in scientific professions – without great results. Just as Black men complained for generations about the actions of police, so have Black university students and professionals complained about the working equivalent of trying to breathe with someone’s knee on their necks.

[Read: The lack of women in cybersecurity puts us all at greater risk]

Could the intersection of the COVID-19 pandemic and the resurgence of the Black Lives Matter movement following the murder of George Floyd be the seminal catalyst for change? To help deliver the recommendations of the BAME COVID-19 review, the change must be seen at all levels, from students at university to managers and professors at our most prestigious institutions. This needs to involve white people in science sharing their privilege and success – without feeling they are losing out.

The barriers to success for Black scientists exist throughout the whole of their careers. Not enough Black undergraduate students are given the chance to work on the kind of projects that lead to the higher degree classification and which are the gateways to a professional or research career. On graduation, they are less likely to gain access to major companies in the private sector or the well-resourced research groups and institutes.

Even when they become established professionals or researchers, Black scientists are more likely to be found in less influential roles, trying to do research in underfunded institutions. As a result, they do not have access to the networks that make and reinforce reputations. Ultimately, they are unable to develop the strategic collaborations that lead to promotion to senior management or professor.

Many of the points made above are well-rehearsed and do not go to the heart of the problem. We often forget that racism is a two-headed coin. When considering the impact of structural racism we rarely shine the light on those who benefit from it.

White students are never required to consider or explain why they tend to receive extra support from their tutors. In the workplace, white employees are never asked to explain why they are mentored and sponsored by the key managers and then receive favorable treatment in the appointments process all the way to the top. Instead, whenever the impact of structural racism is discussed, the focus is always on the victims to describe the impact of discrimination and then to provide solutions to correct it.

Overcoming the consequences of structural racism should theoretically benefit all society, producing a win-win situation. But in the real world, it is more likely to be a zero-sum game, and this hinders progress. Major changes require the transfer of privilege from those who have always benefited from it to those who have never had it, a step that even many of those who advocate equality are reluctant to make when faced with real choices.

The reality is that the inequalities produced by hundreds of years of racism cannot simply be reversed by sentiment alone. Policies designed to make the major societal changes needed to reverse structural racism can only have traction when backed by substantial financial inputs from governments and institutions.

For example, one way to redress the proportional shortage of over 300 Black professors in the UK would be for a small percentage (2%) of the nearly 14,000 white professors to give up their posts. But it’s unlikely anyone would volunteer for this.

What is required is a more substantial approach in the form of a financial program designed specifically to overcome the impact of structural racism in science. A key step in ending slavery in British colonies in the 1830s was the compensation paid to slave owners. No thought was given to providing similar financial support for the freed slaves, something the decedents of enslaved Africans and wider society are still living with.

Today, alongside the changed mindsets brought by COVID-19 and the Black Lives Matter movement, a similar injection of funding could help increase the number of Black science professionals. To have any chance of success, steps would have to be taken, as in 1837, to ensure that white professionals did not lose out.

Funding from government and the private sector could set up a charitable trust to pay for extra Black academics. Institutions could apply for funding to support, say, up to three Black professors or 10 Black academics, but only if the university demonstrated a track record of employing Black academics in the first place. Continued funding could be linked to the performance of the institutions. This would not affect the employment chances of white staff.

Such actions could be simultaneously carried out in other sectors, in a sort of anti-racist Marshall Plan to rebuild the economy in a more equal and just way. This would require a large injection of funding, but we have already seen significantly more government spending to prevent a breakdown in society during the banking crisis and in response to the current coronavirus pandemic.

The consequences of long-term structural racism are probably our greatest challenge today. They could be solved and for a fraction of the sums that were required to solve the banking crisis, but only if we really believe that Black Lives Matter.

This article is republished from The Conversation by Winston Morgan, Reader in Toxicology and Clinical Biochemistry, Director of Impact and Innovation, University of East London under a Creative Commons license. Read the original article.

Read next: Troubled facial recognition startup Clearview AI pulls out of Canada ⁠— before it was pushed