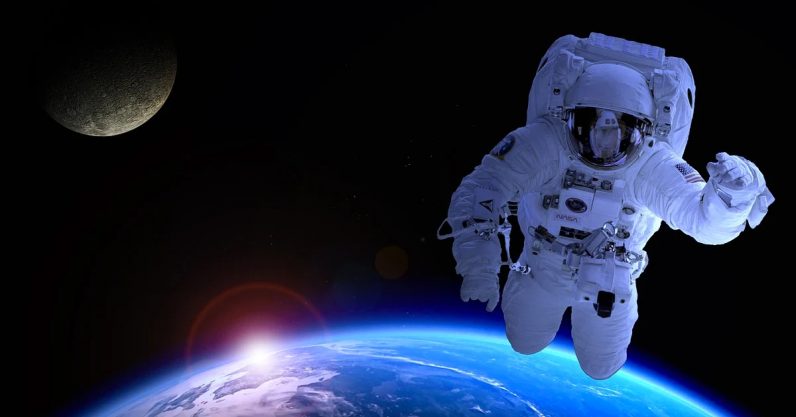 You are locked inside and are encouraged to do one hour of physical exercise per day. You are isolated from the people you love, and there are limited forms of communication. And you know it will be months before life will return to normal. Sound familiar? This is what many of us are experiencing during these times of COVID-19 lockdown – but it also describes the life of an astronaut aboard the International Space Station.

There are, however, real physical risks to being in space. Earlier this year, an unnamed astronaut developed a blood clot in space for the first time – a common health problem which affects at least one person in 1000 on Earth. Now our new study, published in Aerospace Medicine and Human Performance, reveals what the risks of this happening again in space are – and how we can ultimately minimize them.

On Earth, blood clots commonly affect the lungs (pulmonary embolism) causing difficulty in breathing, or the legs (deep vein thrombosis), causing pain and swelling in the affected leg. The blood clot that occurred in space, however, was unusually positioned in the neck. Doctors on Earth applied an innovative treatment for the astronaut in space by prescribing a mixture of injectable and oral medication – preventing a potentially mission-critical or even life-threatening event from progressing further.

Blood clots are life-threatening, as they can cause heart attacks or strokes and lead to huge health-related costs on Earth. However, they are preventable and can be treated. We already know that factors such as obesity, a sedentary lifestyle, advancing age and smoking increase the risk.

The recent incident in space highlighted the need to find out whether astronauts really are at increased risk of blood clots in space, and what we can do to tackle them. If we want to send humans on long journeys to Mars and beyond it is crucial that we have this information.

It is especially pressing for female astronauts. Many use the combined hormonal contraceptive pill to control their menstrual cycles in space – a known risk factor for developing blood clots. When taken continually the pill can stop women from having periods in space, which is difficult given that washing water is limited and changing sanitary products while floating in space is challenging.

Read: [How to take better naps, according to astronauts]

It showed that, on average, female astronauts were 44.6 years old during a long mission, an age at which the combined hormonal contraceptive pill would not usually be prescribed here on Earth because of the risk of developing a blood clot. The data showed that, after a spaceflight mission, the astronauts were not more likely to develop a blood clot than the average population.

The study also examined the change in blood markers from before and after spaceflight and found that the risk of developing a blood clot does not seem to increase by undertaking a spaceflight mission. This is reassuring, but it is important to keep in mind that the sample was still rather small.

What’s more, the astronauts may be protected because of the exercise they do, which reduces the risk. Their diet is also controlled, so they are receiving the optimal nutrients for their body and they are not dehydrated during their mission.

That said, we have now seen that astronauts nevertheless can develop blood clots in space. Because of the huge risks of experiencing this in space, it is important that we lower the chances of it happening as much as possible. We recommend doing some extra blood tests prior to a spaceflight mission to help to evaluate an individual astronaut’s blood clot risk during astronaut selection and medical reviews.

Male and female astronauts all have the same intense pre-mission training schedules to ensure they are at the lowest risk of encountering health problems while they are in space. But activities during pre-mission training – for example long-haul travel or diving exercises to simulate the space environment – may transiently increase the risk of a blood clot developing. We, therefore, recommend that the timings of these events should be reviewed so that they do not occur in close succession, therefore inadvertently increasing the overall risk of developing a blood clot.

Oestrogen does have bone-protecting properties though. That’s important, as astronauts are known to lose bone density when they travel to space.
So there could alternatively be scope for using a combination of progestin-only agents with added oestrogen during spaceflight – albeit with safer and lower doses of oestrogen.

The study also provides lessons for living in lockdown back on Earth. Those of us transitioning to working from home have a more sedentary lifestyle than normal. There are reports of many people consuming more food in a bid to ease the anxieties of lockdown. Now, more than ever, we are reminded that physical activity of at least 30 minutes per day is vital in reducing our own blood clot risk – with simple measures like walking around your home being efficient.

This article is republished from The Conversation by Varsha Jain, Visiting Researcher at the Centre of Human and Aerospace Physiological Sciences, King’s College London under a Creative Commons license. Read the original article.