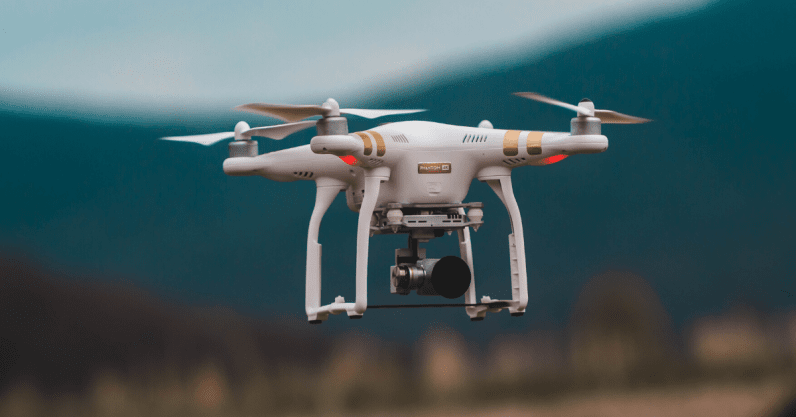 The COVID-19 pandemic is, by necessity, leading to a flurry of innovation. And now drones are taking their turn in the limelight.

In a recent announcement, the UK government said that unmanned aerial vehicles (UAVs) could be ferrying vital personal protective equipment (PPE) from the English mainland to NHS staff on the Isle of Wight as soon as early May. The Windracers Ultra fixed-wing drones, which can transport 100kg for over 600 miles, should be able to make the crossing in ten to 15 minutes.

This is just one example of the radical technological change that is being nodded through to help meet the unprecedented challenge of COVID-19.

The usefulness of drones to the medical sector has been clear for several years, and many well-funded start-ups have been trialling services globally.

In developed countries, where road infrastructure is good, airspace regulation is strict, and health services have well-established logistics networks, companies have struggled to get much traction. The company Matternet’s trial in Switzerland was a rare success – ferrying medical lab samples between hospitals in Lugano aboard multi-rotor drones – though even that has had teething troubles.

Instead, most of the innovation has taken place in developing countries – where the need is more acute, and the barriers more surmountable – with Zipline making progress in several African countries. The company’s service uses fixed-wing drones to drop packages, including blood, to rural areas with poor roads.

So this new trial marks a welcome departure for the UK.

At Nesta, we’ve been exploring the future of drones in the UK for the past two-and-a-half years. We’ve also looked into a number of hypothetical uses for drones – coincidentally, including the transport of medical items across the Solent, the body of water between mainland Britain and the Isle of Wight.

What we found suggests that this trial is likely to have positive implications that last beyond the coronavirus crisis. Not only will it perform a valuable public service now, but it will also help dismantle some of the barriers that lie in the path of wider drone adoption.

In a 2018 report, we found that there is already some enthusiasm for public service drone use. But there are three broad problems that need to be worked through before they become commonplace.

The first is technical, involving the development of safe, long-distance flight (or “beyond visual line of sight” in industry lingo), autonomous piloting and precision flight. These rest on developing and improving communications networks and low-altitude air traffic management.

The government’s industrial strategy project, the Future Flight Challenge, includes over £100 million of public money for research and development into drones and other aerospace technologies.

But long distance drone flights across the Solent will be a great test case that builds a track record, helps generate data and boosts confidence in the technology. The government’s recently announced funding for other coronavirus-related programs, including for drones, should help generate further innovation in the field.

The second issue is the lack of alignment. There are many drone companies with innovative ideas. In our 2018 survey of the industry, we found over 700 in the UK – and there would be many more now. There are also organizations that are trying them out, construction companies and infrastructure owners, in particular.

But in our research, and in subsequent workshops we held with innovators and potential customers in 2019, we found that people who should be talking to each other often aren’t. Government and regulation have been moving slowly, without learning lessons from industry. Technology developers aren’t involving end users, such as local councils or NHS hospitals, in their research and development. And in turn, those potential users often aren’t taking the risk of paying for pilot drone programs.

But there is movement in the right direction. The Civil Aviation Authority’s innovation team has transformed the regulator’s approach over the past two years. It has set up an initiative to help firms with innovative ideas navigate the complex rules around safety and gain the permissions they need.

And this trial drone service will be a welcome addition, creating tangible evidence of how a drone service can benefit the NHS and forge links between the NHS, drone companies and regulators.

And then there’s the public. Does the public actually want drones? For what purposes? And operated by whom?

When we investigated this, we found strong support for the public service use of drones, and more suspicion around commercial or hobbyist use. But public opinion is still forming, which is hardly surprising as drones are not widely used and most people have not yet had to think about them.

But that will change as drones become more widespread. And the questions that will arise are not ones with right or wrong answers; they’re about values and priorities. The drone industry needs to engage with the public on this, not in a superficial way but to learn from them as much as educate them about the potential benefits.

The NHS trial won’t hurt. In fact, having a real-world case study like this might make these conversations less abstract. But the extraordinary circumstances of the coronavirus pandemic – during which the public has enthusiastically embraced economic and public health measures more extreme than any in living history – isn’t representative of normal times. And drones operating in city centers, rather than over the sea, are far more likely to cause controversy.

For now, however, we need to move fast. Engaging the public and finding out what they really think will need to come later, when the fierce urgency of the crisis is over and we can all take a more dispassionate view of the future.

This article is republished from The Conversation by Olivier Usher, Lead, Research, and Impact, Nesta under a Creative Commons license. Read the original article.

Read next: Holy sheet: How to use Google Translate in Google Sheets