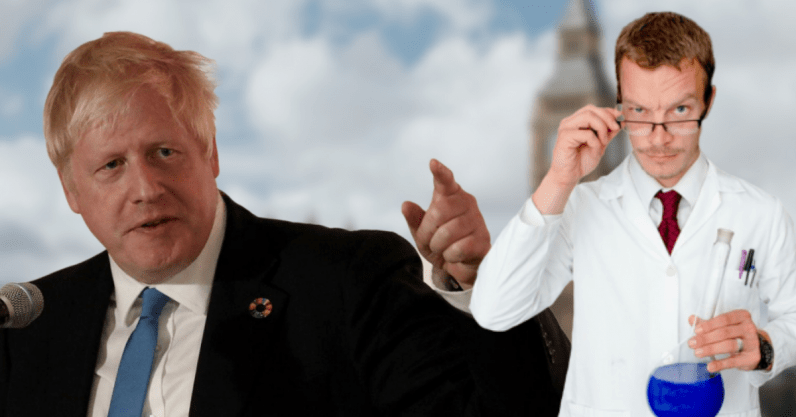 The UK government has said on many occasions that it is “following the science” in tackling COVID-19. Yet which science and which scientists are being followed is difficult to know as the government’s Scientific Advisory Group for Emergencies (SAGE) minutes have not been made available.

Studies of earlier pandemics show that most governments claimed to be following the science, but governments followed different approaches. Clearly, the same thing is happening in the current pandemic. For example, World Health Organization scientists advise that people with symptoms of COVID-19 self-isolate for 14 days, but the UK government – following the advice of its own scientists – sets self-isolation at seven days.

All scientists agree that there is a lot we don’t yet know about the novel coronavirus. This is reflected in the very different assumptions and findings of different groups of modelers, which may in turn be changed by particular sets of actions.

A modeling group in the US predicted that by August the UK could be looking at 66,314 deaths, which was an average taken from a large estimate range of between 14,572 and 219,211 deaths. This apparently conflicted with a model by the University of Oxford which suggested that significant levels of herd immunity may have already been reached, with half the UK population having been infected. Although the Oxford model didn’t estimate how many people would be hospitalized with the disease, it said it would be a “small number”.

This can be compared with the government’s modelers from Imperial College London who claimed that an unmitigated epidemic would result in about 510,000 deaths, but with a full “suppression strategy” these deaths could be reduced to between 8,700 and 39,000.

Early predictions may be very different from later reality. For example, the death rate as predicted at the outset for the 2009 flu outbreak was wildly inaccurate. A subsequent independent review commissioned by the UK government said that early modeling was unreliable because of a lack of data.

These early modeling differences are further complicated by the apparent conflict between different advice from different disciplines of science, such as epidemiology, public health, virology and behavioral psychology. These differences are grounded in the intentions that each discipline is trying to achieve. This can result in a trade-off between outcomes, with politicians choosing the goals they want to aim for.

From a strictly epidemiological point of view, a “go hard and go early” lockdown, as applied by New Zealand, would save the most lives. But as the UK government modelers point out, suppression is possible in the short term, but carries with it enormous social and economic costs that may themselves have significant impact on health and wellbeing in both the short and long term.

A report from Imperial College London prompted the government to implement a national lockdown strategy. The report said that suppression would succeed in the long term. However, it also warned that no public health intervention, with such disruptive effects on society, had previously been attempted for such a long period.

A wide range of disruptive affects need to be considered when “following the science”. Advice from behavioral scientists in a SAGE sub-committee stressed the negative impact of lockdown from a behavioral perspective. This is already being seen in the UK, with a rise in reports of domestic violence, child abuse and mental health issues.

SAGE sub-committee documents also highlight compliance issues with lockdown. And while they suggest that measures will be largely followed it is implied that this may only be for a short while. This can be seen in the recent figures of non-compliance in the UK, which may suggest that if the lockdown was put in place earlier, non-compliance might have developed sooner, leading to a higher peak in deaths.

The epidemiological perspective advocates closing schools and workplaces to stop the immediate spread of disease. But the government behavioural science advisory board stated on the March 4 that closing schools would be highly disruptive and would have a negative effect on education and safeguarding.

It also seems strange that the advisory committees don’t appear to have economists, although it is clear that lockdowns will lead to an economic recession and large government debt. This is not simply a “health versus economics” debate as economic recessions tend to be linked with increases in poverty, which have negative implications for health.

The SAGE subcommittee for modelling’s consensus view on behavioural and social interventions indicated on March 16 that any lockdown measures would have to be in place for a long time, and perhaps intermittently. Stating that this would need to happen in order not to overwhelm the cricial care capacity of the NHS.

Underpinning all of this is the issue of uncertainty – research findings and advice is rapidly changing and the science is far from uniform. Scientific approaches are only as good as the research supporting them. And with COVID-19, this is sparse.

Scientists from differing fields may share approaches to robust science, yet friction is evident when considering public policies. The balance between political judgements and scientific knowledge is a delicate issue to negotiate.

We are facing the unknown and following the science may mean that we don’t yet have all the answers. It does appear that the UK government is following the science. However, it is complex and there are many different branches that highlight different avenues and bring their own unique issues. It is just a case of choosing the right balance.